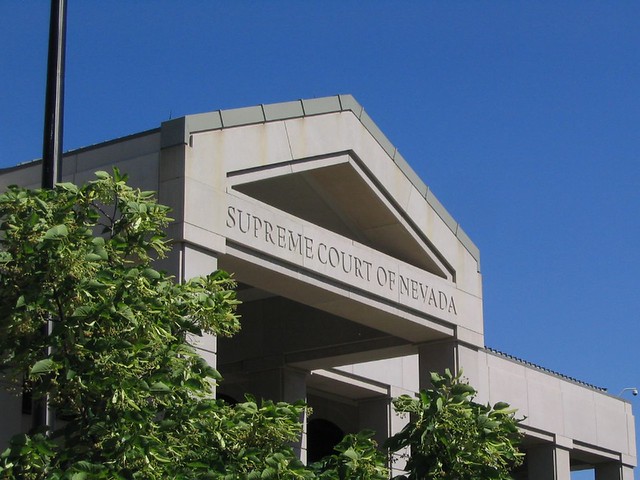 The Nevada attorney general and victims’ rights advocates are raising concerns about the impact of a recent Nevada Supreme Court decision giving misdemeanor domestic violence defendants the right to a jury trial.

“The devastating consequences of this decision cannot be overstated,” Ford said in a statement. “Misdemeanor courts across this state are not equipped for jury trials, and this decision could have a widespread chilling effect on domestic violence victims coming forward.”

The chilling effect is due to delays during the wait for a trial, according to victims’ rights activists. “Delaying trials to meet a jury mandate will only serve to stall the judicial process by perpetuating the power and control dynamic of the abuser and forcing victims to live in a continued state of fear,” said SafeNest CEO Liz Ortenburger.

The Nevada Supreme Court’s Sept. 12 decision held that misdemeanor domestic violence defendants are entitled to a jury trial because of a 2017 law banning those convicted of the crime from owning guns. The ban on gun ownership elevated the crime from a petty offense that doesn’t entitle a defendant to a jury to a more serious offense with jury rights, the court said.

Failing to turn in guns after a domestic violence conviction is a felony carrying a penalty of up to six years in prison.

Michael Pariente is the lawyer for Christopher Andersen, the defendant who sought a jury trial in Las Vegas. Pariente told the Nevada Independent in a prior story that all but three states allow jury trials for misdemeanor crimes such as domestic violence charges.

In Clark County, which includes Las Vegas, the district attorney’s office prosecuted an average of 489 misdemeanor domestic violence cases each month last year. In an interview with the Independent, District Attorney Steve Wolfson raised concerns about the longer length of jury trials and the extra resources needed to argue the cases. “I think we’re all a little concerned about the effect on all of us, including victims,” he said.

Defense lawyers, meanwhile, are applauding the decision. “It’s a good day for people who are charged with misdemeanor domestic violence,” Pariente said. “It forces the prosecutor to prove their case beyond a reasonable doubt to a 12-person jury instead of one single, sitting judge.”