Will Supreme Court decide some cases without oral arguments? 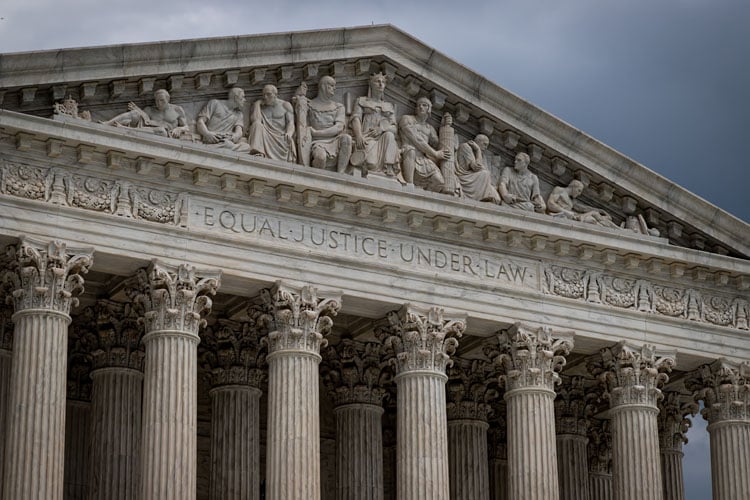 The U.S. Supreme Court has already delayed 11 oral arguments for its March sitting. Nine arguments are scheduled for April, and it’s possible the court will postpone those, too.

No statute requires the U.S. Supreme Court to hold oral arguments, Goldstein writes. There is no need for the justices to take risks, even beyond April. Goldstein sees several options.

“In thinking about these options,” Goldstein writes, “I presume that the court will not dramatically change its preference for holding oral arguments. There is no need. Argument in almost every case could be deferred until the fall without seriously affecting the court’s work or the administration of justice. But I do think the justices will show some flexibility in order to spread out their work between this term and the next one.

“The court could go ahead and resolve roughly one third of the March and April cases without oral arguments. In cases that appear to be unanimous and in which no justice requests argument, it could prepare opinions. If it became apparent during the drafting process that oral argument would be useful, the case could then be heard next term.”

Goldstein notes four cases raising two issues in which the court may decide oral arguments are important and decisions should not be deferred. Two of them involve efforts to subpoena President Donald Trump’s financial records. Two others consider whether states can replace or fine “faithless electors”—members of the Electoral College who refuse to support the winner of the state popular vote.

For those four cases, “I think the court is likely to hold oral arguments in April or May, but under unique and stringent procedures required by the circumstances,” Goldstein says.

The court could hear the arguments for the cases in one day, with the public and the bar excluded. Journalists could sit in the public section, separated consistent with social distancing. And the table where counsel are seated could be moved several feet farther back from the bench.

Justices who choose not to attend could review the tape or transcript of the arguments.