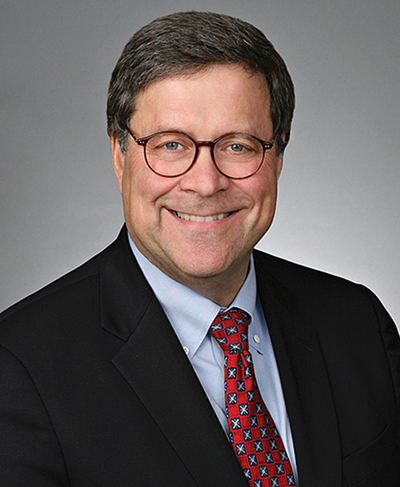 Updated: William Barr will return to lead the U.S. Department of Justice for a second time. The Senate voted to confirm Barr on Thursday, report the New York Times and the Washington Post.

Barr was previously the U.S. attorney general in the George H.W. Bush administration. He also was in other DOJ posts and most recently was of counsel at Kirkland & Ellis, according to a cached version of his law firm biography.

Barr had told the Senate Judiciary Committee he won’t let partisan politics or other considerations interfere with the work of special counsel Robert Mueller. He also has said it is important for the public to be informed of Mueller’s work and his “goal will be to provide as much transparency as I can consistent with the law.”

Barr said he would refuse an order to fire Mueller absent good cause.

Barr also told the committee his priorities would be to continue the DOJ’s progress on violent crime, to continue to prioritize immigration enforcement, and to protect the integrity of elections.

Deputy Attorney General Rod Rosenstein, who had been overseeing the Mueller investigation, is expected to step down sometime after Barr takes office.

According to a source who spoke with the Washington Post, Barr is close to identifying a replacement for Rosenstein and is also considering who would fill a vacant No. 3 post in the DOJ. President Donald Trump will nominate both people for those spots, but Barr has reportedly been assured he would be able choose his own deputy, according to the Post.

Barr has not publicly stated who he will be recommending. CNN says that according to its sources, Jeffrey Rosen, the Senate-confirmed deputy transportation secretary, is the favorite for the job of Barr’s deputy. Rosen, who had been a senior partner with Kirkland & Ellis before taking the position with the U.S. Department of Transportation in 2017, had worked previously with the transportation department and also the Office of Management and Budget. He chaired the ABA Section of Administrative Law and Regulatory Practice from 2015 to 2016.

Barr takes over the department amid allegations that top DOJ officials had discussed using the 25th Amendment to oust Trump. Former FBI Deputy Director Andrew McCabe said the idea was considered because of concerns about Trump’s firing of former FBI Director James Comey.

McCabe made the assertion in a 60 Minutes interview while promoting his new book.

Updated at 6:50 p.m. to add CNN speculation about Rosenstein’s successor.