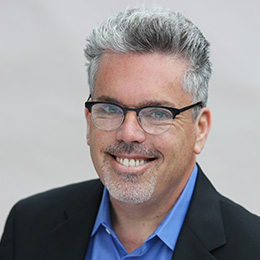 Only 1 percent of plaintiffs who file federal job discrimination, harassment and retaliation claims win on the merits at trial, according to an analysis by the Lex Machina legal analytics firm.

Lex Machina last week launched an employment litigation search and analysis module that covers findings of hostile work environment, retaliation and Title VII issues such as race bias, as well as discrimination based on age, equal rights, military, pregnancy and rehabilitation. Lex Machina reviewed nearly 72,000 cases and found that nearly three-fourths them settle, while employers prevail on summary judgment 13 percent of the time. In more bad news for plaintiffs, only 192 damage awards since 2009 included punitive damages.

“As an employer facing a claim, this information definitely would stiffen my spine,” says Owen Byrd, general counsel for the LexisNexis unit.

Byrd argues that data on specific claims or venues will aid lawyers in discussing legal strategy with their clients. “We spend a lot of time talking to lawyers and experts in the field,” Byrd says, “and we heard them say please roll out analytics in these claims as fast as you can.” The analytics drill down not only to specific types of damages, such as back pay or emotional distress, but also to judges, lawyers, law firms and parties to the litigation.

Over the last 12 months, Lex Machina has been steadily adding practice areas to its analytics capabilities. Last month, the firm began analyzing commercial law cases. Meanwhile, the addition of employment discrimination cases generated nearly 72,000 results, with discrimination and retaliation claims combined in more than half the cases. According to Lex Machina, the next planned expansion will be labor and disability claims, which are expected to be added in the fall.

Median time to termination is less than a year for these cases, indicating the high settlement rate. Median time to summary judgment is 19 months, with a median two years to trial.

The employment database includes briefs and other filings among its three million docket entries. Byrd says software advances allow lawyers to do their research as questions arise rather than delegate, and to find arguments that have proven successful in related cases before the same judge.

“It’s all just evolutionary,” he says, arguing that the software levels the playing field for the solos and small firms that represent claimants. “One of those big three law firms could have assigned a group of law clerks to grind for two weeks, and here it all is at the click of a button.”

The Lex Machina research platform was developed for patent cases, based on natural language processing and machine learning tools developed at Stanford University. While patent cases are clustered in Delaware and the Eastern District of Texas, employment cases are more widely dispersed.

“Legal analytics are moving from a niche product to the broad middle,” Byrd says. “The edge cases proved the value.”