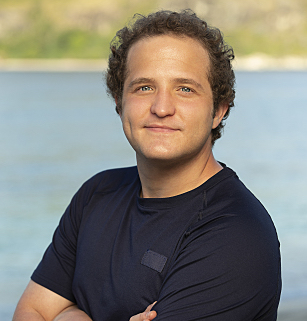 Keller Lenkner associate Daniel Strunk is back on the job in Washington, D.C., after participating as a Survivor contestant in season 42, which premiered March 9.

Strunk told Law.com that he has been a Survivor fan since he was 7 or 8 years old. When he was fighting childhood leukemia at a Cincinnati children’s hospital, he watched the show as motivation to get better. Now, he will be competing with 17 others in Fiji, according to WVXU’s Cincinnati Edition.

On the show’s first episode, Strunk fell and dislocated his shoulder, the Cincinnati Enquirer reports. But the show’s medical team was able to fix the problem, and Strunk remains a contestant.

Strunk applied to be a contestant every year that he could since he was 18, according to the Duke Chronicle, the newspaper of his undergraduate alma mater, Duke University. He went on to get a master’s degree from from Trinity College Dublin in Ireland and a law degree from Yale Law School.

Strunk said he raised his upcoming absence with Keller Lenkner when he signed his contract in spring 2021, according to Law.com. He told the firm’s managing partner that he had to discuss one thing.

“Of course, he thinks it’s compensation or whatever clause in the agreement,” Strunk told Law.com. “When I told him, ‘I’m going to be on this reality TV show, and I’ll be leaving for seven weeks,’ I remember he said: ‘That’s one I’ve never heard before!’”

Before joining his law firm, Strunk clerked for a federal appeals judge and a federal district judge.

He told the Duke Chronicle that being a cancer survivor changed his outlook on his career.

It “cannot be the sole defining feature of how you approach life,” he said. “You can’t have a code of ethics or a way of approaching life that rules out lifelong dreams that you’ve had for decades.”

Strunk says his Survivor strategy was to be honest about his past and his profession.

And he wasn’t worried about eating bugs, he told WVXU. After all, they are an underrated source of protein.