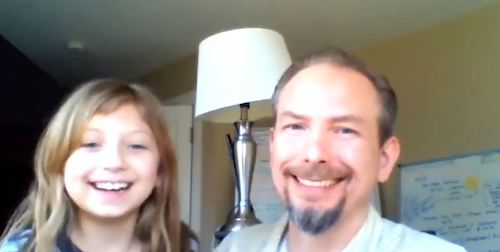 Teach what you know. That piece of wisdom came to mind when schools closed due to the coronavirus global pandemic in mid-March, and I suddenly had a new job: second grade home-schooler.

At that point we had no remote learning materials from the school district. My wife is a health care worker, and so usually it was just my daughter and me, her law professor dad. I am used to teaching slightly older students about legislation and national security law.

I thought about what interested my kid and whether anything I knew might be stimulating. She likes sea adventures and Hamilton-era history, I reflected. She likes art, and needs to work her on her reading and penmanship. She loves to argue (and argue … and argue) about rules. She (hopefully) knows trouble awaits if she exceeds what the rules allow.

Plainly, I decided, she was ready for Supreme Court doctrine. My little one and I started with Little v. Barreme (1804).

In this landmark founding era war powers precedent, the Supreme Court struck down a presidential order to the U.S. Navy as a violation of an anti-shipping limited force authorization that Congress had passed during the 1798-1800 undeclared naval war with France. Transmitted by the Navy secretary on behalf of President John Adams, the order instructed the Navy to capture American vessels headed to or from French ports.

But the relevant statute authorized only seizure of American ships headed toward French ports. The case arose when the U.S.S. Boston, skippered by Capt. George Little, seized a Danish ship, the Flying Fish, that was headed away from a French port.

Interestingly, the Navy had given its skippers copies of both the law and the order. In the view of Chief Justice John Marshall, writing for a unanimous Supreme Court, it should have been obvious to Capt. Little that the order was illegal.

To set the stage for our second grade law school’s first session, I played a clip from the brilliant musical Hamilton. Then, using a white board and markers, colored pencils and paper, and an atlas, we explored the case. It became a fun lesson in geography, history, reading, penmanship, art and creative storytelling. We talked about what to do when someone wants you to go beyond what the rules permit.

My daughter loved it. Practicing good social distance, she did case briefs for her neighborhood friends. I have never heard “I’m going to law school!” spoken with such excitement.

With her deep compassion and child’s indignance at unfairness, my daughter was especially concerned for the people involved, the sailors. The crew of the Danish Flying Fish, she understood, found themselves in the middle of a deadly Franco-American maritime war. And the American crew had been ordered to do something by an authority figure that exceeded what the rules said they could do. With her imagination sparked, my daughter developed elaborate backstories for the ships and their crews. She begged me to teach the case to her friends.

Instead of adding additional kids to our home-school law school, my second grader and I together taught the case to my first-year Legislation & Regulation (“leg-reg”) class at the Moritz College of Law at the Ohio State University when classes resumed remotely during quarantine. Immediately, the chat box on Zoom started popping. It was a moment of joy and connection amid the stress and isolation.

As I have discussed with my grown-up law students, Little v. Barreme is a splendid vehicle for exploring legal ideas that span our nation’s legal history. 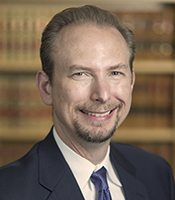 As a leg-reg case, Barreme reflects what is commonly known as the “inclusio unius est exclusio alterius” canon of statutory interpretation: When the legislative branch includes one thing in a law, the statute should be read to exclude what is left out. In Barreme, the otherwise capture-authorizing statute did not authorize seizure of American vessels or cargoes headed away from French ports, much less Danish vessels. The court, therefore, read the statute to prohibit such captures.

As a constitutional law separation of powers case, Barreme reflects the Founding Era understanding that the commander in chief is bound by acts of Congress, even during hostilities. In our era of perpetual hostilities, the Supreme Court most affirmed that principle when in 2006 in Hamdan v. Rumsfeld the Court struck down President George W. Bush’s wartime Military Commission Order No. 1 regarding suspected terrorist detainees as a violation of the Uniform Code of Military Justice statute.

As a rule of law case, Barreme stands for the notion that people acting under the color of law must follow the law.

Chief Justice Marshall wrote that an order from a superior cannot “legalize an act which without those instructions would have been a plain trespass.” The precept that “just following orders” is no defense for plainly illegal action would later become the most famous of the Nuremberg Principles. On trial after World War II, German war criminals were unsuccessful in arguing that “superior orders” should exonerate them from responsibility for participation in atrocities that were clearly horrific crimes.

The Supreme Court’s decision about Capt. Little’s conduct also resonates with modern qualified immunity doctrine. It holds that a government actor will not be immune from civil liability if a plaintiff can show that the actor’s conduct violated a clearly established right of which a reasonable person would have been aware.

Writing decades before enactment of the statute on which this doctrine now operates, the Supreme Court in Barreme believed the statute was sufficiently clear that Capt. Little deserved no legal cover for his illegal detention of the Flying Fish and its cargo of coffee—and held the skipper answerable for a damages claim brought by the Danish vessel’s owner.

In our time, the qualified immunity doctrine is under considerable criticism due to the frequency with which police officers accused of unlawful conduct have successfully argued that relevant law was too unclear to hold them accountable.

This summer, my daughter, wife and I joined millions of other Americans in peacefully raising our voices in the streets in the wake of the killing of George Floyd and the discriminatory and excessive use of force against so many other African Americans throughout our nation’s history. We believe something that the Barreme Court did, too: Government actors must follow the law and respect the rights of people with whom they interact.

Explaining Floyd’s killing to my little girl was one of the hardest things I have done in our disrupted times. In contrast, teaching her Barreme was a joy. It was our best home-school moment. Our school district did a great job of providing remote learning materials shortly thereafter, but the online content from school was much less engaging than our day of second grade leg-reg and constitutional law. I suspect that was because I was not teaching what I knew best and what excited me the most.

I reflected on that a few days ago, as I read our Ohio school district’s plan to stick with entirely online instruction when school resumes this fall. Whether we follow the district curriculum or home-school, Barreme is not the last court case I love that my kid will learn.

Next up: another landmark case about legislation and national security, this time with Ohio roots: Youngstown Sheet & Tube v. Sawyer (1952). In Youngstown, the Supreme Court struck down President Harry Truman’s order for the government to seize American steel mills during the Korean War—authority not provided by statute, and indeed considered and rejected by Congress. Like Barreme, Youngstown stands for something that (hopefully) every 8-year-old comes to understand: Think twice before doing more than the rules plainly allow.

Dakota S. Rudesill is an associate law professor at the Ohio State University’s Moritz College of Law and co-leader of the security & governance research cluster at the Mershon Center for International Security Studies. Rudesill is also the 2019-2020 chair of the national security section of the American Association of Law Schools, and he teaches and writes about national security and legislation.