The new world of litigating workplace disputes with social media

By Craig Carpenter and John Patzakis

Social media has undoubtedly changed the way we communicate, receive news and stay connected in our personal lives. In fact, social media is beginning to displace email as the preferred method of communication for many employees in the workplace.

But social media—with its varied communication tools of photographs, emojis, video and text—is a headache, once we consider legal and compliance best practices when such interactions in the workplace go awry.

As the Florida Bar noted in its publication, the Florida Law Journal: “Social media is everywhere. Nearly everyone uses it. Litigants who understand social media—and its benefits and limitations—can immeasurably help their clients resolve disputes … it is inevitable that the social media accounts of at least one person involved in a dispute will have potentially relevant and discoverable information.”

This is why several bar associations have weighed in to assert that a lawyer’s duty of competence requires addressing social media evidence. The New Hampshire Bar Association published Opinion 2012-13/05, providing that lawyers have “a general duty to be aware of social media as a source of potentially useful information in litigation, to be competent to obtain that information directly or through an agent, and to know how to make effective use of that information in litigation.”

Similarly, the Pennsylvania Bar Association weighed in with a similar opinion. And the ABA recently published Comment [8] to Model Rule 1.1, which provides that a lawyer “should keep abreast of changes in the law and its practice, including the benefits and risks associated with relevant technology.” In the criminal defense realm, many cases have held that defense counsel who do not identify, collect and present at trial relevant third-party public social media evidence is rendering ineffective assistance of counsel (See Cannedy v. Adams in 2013.). 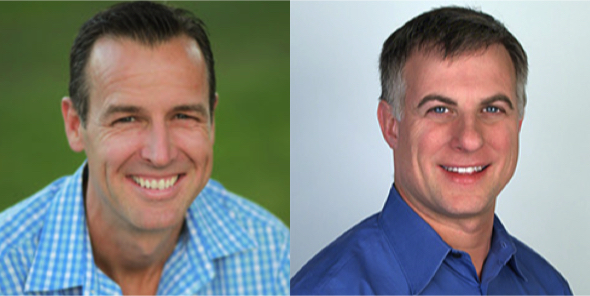 Employment litigation is one area for which many lawyers who both defend and prosecute employment related cases go to Facebook, Twitter and Instagram for key evidence. Carr v. PennDOT (2018) is a recent case where the Pennsylvania Department of Transportation terminated an employee after she complained on a Facebook post about the “horrible school bus drivers” near her home in Erie, Pennsylvania.

After describing a recent encounter where she almost “T-bone[d]” a school bus due to the bus driver’s unsafe maneuver, Rachel Carr ended her post by stating that she did not “give a flying [expletive] about those babies and I will gladly smash into a school bus.” The Pennsylvania Court of Appeals upheld the conviction, and the case is currently before the Pennsylvania Supreme Court.

From a company liability perspective, it’s nearly certain most employees are accessing their social media accounts during the workday. A recent study by the Pew Research Center revealed 34% of employees surveyed use social media while at work to take a mental break from their job. And employers can be held liable for actions their employees take within the course and scope of employment.

If your employee posts false statements about a competitor or co-worker on Facebook, you might be exposed to potential defamation claims. False advertising, copyright infringement, improper disclosure of trade secrets, nonpublic financial information and violation of confidentiality agreements are just some of the liability concerns for employers.

Social media investigations are useful and cost-effective, and informal discovery of publicly available information is not only permissible, but as noted above, required under attorneys’ professional standards of competency and effective counsel.

Every corporate compliance program should have policies governing employee social media usage around the workplace and employee expectation of privacy. When developing such policies, an employer can limit what employees post online, but the prohibitions should be specific and relevant to business purposes.

The National Labor Relations Board has criticized overly broad social media policies that prevent employees from exercising their collective bargaining rights by, for instance, discussing wages or working conditions. On the other hand, employee complaints are not protected if they are not made in relation to group activity among other employees.

It is also important to communicate the policies put in place to a workforce. Make sure all employees fully understand the policies and what the consequences are for violating the rules. But best practices necessitate the development of a social media policy that clearly defines acceptable behavior and whether the company will monitor access and usage at work. Employers should make sure that their social media policies properly balance their legitimate interests in ensuring a productive workplace while respecting the legal rights of their employees.

Importantly, social media policies must be enforced. This requires effective monitoring and evidence collection capabilities, the absence of which, renders such policies hollow and subject to challenge. Currently, there are no federal laws that prohibit an employer from monitoring employees on social networking sites. There is software that can be installed on company computers or hosted in the cloud that can accomplish this, or third-party companies who can be hired to routinely monitor online activity.

In addition to supporting a robust and proactive compliance program, social media evidence is essential to investigating and assessing claims and other workplace disputes that may arise. However, if not properly preserved and authenticated, the best social media evidence is potentially worthless because it cannot be admitted in court. Under U.S. Federal Rule of Evidence 901(a), a proponent of evidence at trial must offer “evidence sufficient to support a finding that the matter in question is what its proponent claims.”

Unless uncontroverted and cooperative witness testimony is available, the proponent must rely on other means to establish a proper foundation. Courts routinely rule that a simple printed copy of a social media web page is insufficient to authenticate social media evidence. Courts in notable cases have denied summary judgment motions in civil matters and overturned murder convictions due to failure to authenticate social media evidence.

This functionality is provided along with a very scalable workflow and instantaneous search results. Thousands of social media items can be captured per hour and then quickly searched, reviewed and exported in support of a traditional investigative and e-discovery process. The speed, scalability and ease of use of these solutions now provides legal and e-discovery professionals the means to finally address the universe of social media evidence on a very routine basis.

The bottom line is that social media is here to stay, and competent and diligent legal representation requires lawyers to understand its benefits, risks and technology supporting the task.

Craig Carpenter is the CEO of X1 Discovery Inc., which makes software for people and organizations to find and act on information for legal, compliance, governance, investigatory and productivity purposes. Carpenter has over 20 years of experience in the e-discovery, compliance and cybersecurity spaces. He was most recently CEO of Fronteo and previously had C-level positions at Kroll Ontrack, AccessData, Recommind and Fortinet.

John Patzakis is the founder, executive chairman and chief legal officer of X1 Discovery Inc. Patzakis has an extensive background and expertise in e-discovery and corporate compliance. Prior to joining X1, Patzakis spent nearly a decade at Guidance Software where he had senior management positions, including vice chairman, chief legal officer and president and CEO.