Mary Bonauto had news for her taxi driver. “This is not the Supreme Court,” she said as he announced they had arrived at their destination.

For Bonauto, it was the wrong day to get a hapless cabbie. She was due at the nation’s highest court to argue Obergefell v. Hodges, a case poised to determine whether same-sex marriage is legal throughout the country. But at the moment, the renowned LGBTQ-rights lawyer had a bigger concern on her hands.

Bonauto pulled out her phone, found MapQuest and began giving directions. To make matters worse, she tells me, “this guy is not an aggressive driver.”

They finally got close. “I gotta go,” Bonauto said, as she jumped out and ran the rest of the way to the iconic marble building.

Bonauto, in a phone interview last week from her home in Portland, Maine, shared this harrowing tale with me. But she wasn’t finished describing the morning’s delays. A postscript: While going through the security line to enter the courtroom, a suspicious guard took a keen interest in the raisins in her bag.

“We were the last two people to walk into the courtroom,” Bonauto says, referring to her co-counsel, Ropes & Gray partner Doug Hallward-Driemeier, with whom she shared the argument.

All’s well that ends well for Bonauto. Two months later, on June 26, 2015, the U.S. Supreme Court ruled in a 5-4 decision that same-sex couples, no matter where they live, have the same right to marry as opposite-sex couples. 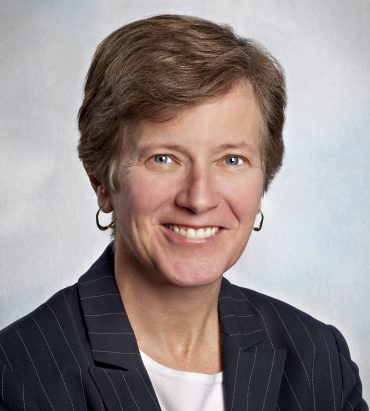 It started with a dream job

Obergefell was Bonauto’s first appearance before the U.S. Supreme Court. But she was no stranger to arguing high-stakes LGBTQ cases in front of top courts. Nor to winning. Her 1999 success, before the Vermont Supreme Court in Baker v. Vermont, led to the state legislature adopting the first civil union law in America. Bonauto’s oral advocacy in the 2003 case Goodridge v. Department of Public Health, before Massachusetts’ highest court, made the Bay State the first in the nation to extend marriage to same-sex couples.

It has now been five years since Justice Anthony Kennedy, writing for the majority in Obergefell, stated “no union is more profound than marriage, for it embodies the highest ideals of love, fidelity, devotion, sacrifice, and family. … [Petitioners’] hope is not to be condemned to live in loneliness, excluded from one of civilization’s oldest institutions. They ask for equal dignity in the eyes of the law. The Constitution grants them that right.”

I’m speaking with Bonauto, 59, to find out how Kennedy’s words have since impacted the landscape of LGBTQ law. My timing is excellent. The day before our planned call, the Supreme Court ruled in Bostock v. Clayton County, Georgia, that Title VII of the Civil Rights Act of 1964 protects employees against discrimination because of their sexual orientation or gender identity.

The law school’s co-op system gave Bonauto real-world legal skills. Eager to put them to use after graduation, in 1987 she joined Portland’s Mittel & Heffernan (now MittelAsen), a law firm with a strong commitment to public interest work.

But after three years, the draw to public interest proved too strong, and she sought to do it full time. Bonauto, having been one of only three openly gay lawyers in Maine, joined Gay & Lesbian Advocates & Defenders in Boston, serving as its civil rights project director.

“It was a ‘dream job’ for me to be able to stick up for the LGBTQ community” at GLAD, Bonauto says. The job did not disappoint. Thirty years later, she remains at the organization, now named GLBTQ Legal Advocates & Defenders and still known as GLAD.

While Obergefell settled the marriage issue for same-sex couples, it affords much more than a singular right, Bonauto explains: “The opinion states very specifically that one of the reasons marriage is a fundamental right is because it has become a keystone of our social order. States and the federal government alike allocate rights and responsibilities very heavily on the basis of whether or not you are married.”

This, Bonauto tells me, is what the Obergefell opinion refers to as marriage’s “constellation of benefits.” By its decision, the Supreme Court concluded it is unconstitutional to deny such benefits to same-sex couples. “For the most part,” Bonauto says, “states and employers are doing the right thing.” Indeed, it has “gone swimmingly well.”

But challenges remain for same-sex couples. Despite Obergefell, Bonauto says there are still some attempts to “shrink marriage.”

She points to birth certificates, which should be one of marriage’s “constellation of benefits.” Nonetheless, Bonauto notes that in 2017, it took the U.S. Supreme Court to invalidate an Arkansas law that precluded a same-sex couple from being listed as the two parents on their child’s birth certificate. In a brief decision, the court, in Pavan v. Smith, relying on Obergefell, declared the state law unconstitutional.

Yet birth certificate issues remain, Bonauto says. She directs me to Henderson v. Box, where earlier this year the Chicago-based 7th U.S. Circuit Court of Appeals declared unconstitutional an Indiana statute that prevented birth certificates from including as parents both spouses in a same-sex marriage where the child was conceived through the use of donor insemination.

The win for the parents was clearly anchored to Obergefell and Pavan. But Bonauto informs me the state of Indiana just filed a petition for certiorari with the U.S. Supreme Court. “People are still at it,” she says, “attempting to create first- and second-class marriages.”

A case against discrimination

The most significant test of Obergefell’s muscle came in 2018 in Masterpiece Cakeshop v. Colorado Civil Rights Commission. There, the U.S. Supreme Court had before it a heavyweight battle of constitutional rights: whether a baker, on account of his religious beliefs, could legally refuse to make a wedding cake for a same-sex couple. The court ruled for the baker, but on narrow grounds: The Colorado Civil Rights Commission, in determining the baker violated the Colorado Anti-Discrimination Act, showed impermissible hostility toward his religious beliefs.

While Masterpiece Cakeshop did not decide the issue of constitutional priority, Bonauto believes Supreme Court precedent places anti-discrimination laws over religious beliefs. She points to the 1968 decision in Newman v. Piggie Park Enterprises, which the majority in Masterpiece Cakeshop characterized as stating a general rule that religious and philosophical “objections do not allow business owners and other actors in the economy and in society to deny protected persons equal access to goods and services under a neutral and generally applicable public accommodations law.”

I ask Bonauto if she received thank-you notes from divorce lawyers after the Obergefell decision. She laughs. But my question was a serious one. Same-sex marriage will of course lead to same-sex divorce.

Same-sex divorce has created some unique legal issues, Bonauto tells me, such as when the length of the marriage is a factor in asset distribution. “How do you count the time when people had a civil union or domestic partnership status under state law?” Bonauto asks. Or suppose they had a private commitment ceremony with 150 people present. “Does that count to ascertain the length of the marriage?”

The Supreme Court’s just-issued decision in Bostock ruling Title VII’s employment discrimination protections apply to sexual orientation and gender identity, left Bonauto “shocked.” She owed her surprised reaction to the 6-3 scorecard, that the opinion was written by Justice Neil M. Gorsuch and joined by Chief Justice John G. Roberts Jr. and its “clarity.” Take all this, Bonauto says, and “the respect with which Justice Gorsuch talked about LGBTQ people” and the decision “goes a long way toward setting a tone.”

Bostock “now changes the landscape across the entire country,” Bonauto says. “People who had no protections now if they were fired simply because of their LGBTQ status, have a right to go to federal court.”

But it also extends far beyond Title VII, Bonauto believes. “There are over 100 federal statutes that speak to sex discrimination. What does this portend? … We certainly have, at a minimum, a leg up in saying that those statutes now also forbid discrimination on the basis of sex when it involves LGBTQ people as well.”

Bonauto’s success in the fight for same-sex marriage is easily measured by the significant cases in which she has been involved. But it is also owed to the cases she did not take. In 1990, in her first week at GLAD, Bonauto was approached by a gay couple interested in suing to get married. She declined to get involved. Bonauto believed with gays being discriminated against in housing and employment and other day-to-day issues, the timing to take on marriage was just not right.

Bonauto also consistently worried about same-sex marriage reaching the Supreme Court too soon. The setback from a loss would have been devastating. So, instead, Bonauto advanced a strategy of making progress on other LGBTQ issues and working to secure the right to marry on a state-by-state basis.

She was also actively involved in the efforts that led to the Supreme Court’s 2013 decision in United States v. Windsor that the Defense of Marriage Act—defining marriage under federal law as the union of one man and one woman—is unconstitutional.

“GLAD had a philosophy of ‘we care about getting everywhere, but we know we can’t get there all at once,’” Bonauto explained. “You have to go from A to B and B to C. Once in a while you can skip a letter, but not often. We tried to establish frameworks and precedents.”

For Mary Bonauto, Obergefell was the culmination of a slow and steady journey to secure the right to marry for same-sex couples. She resisted a dash to the Supreme Court. Except on the day of oral arguments, when she had no choice.