Amid coronavirus worries, how do law schools move online? 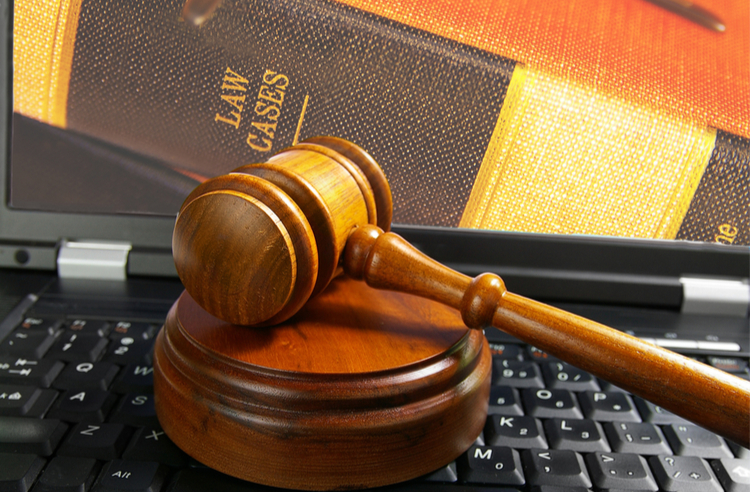 As of Thursday there were no confirmed cases of coronavirus in Ithaca, New York. Cornell University wants to keep it that way, which is why although the campus is open now, students will be finishing the term remotely starting April 6, when spring break ends.

Cornell Law School is one of many that have announced a shift to virtual classes in light of COVID-19. Bryan Alexander, a higher education consultant whose work focuses on using technology in education, posted a spreadsheet of universities closed or offering online courses on his website.

As the schools move instruction out of the traditional classroom setting, many are moving into uncharted territory.

At Berkeley Law, classes have been virtual since Tuesday. That will continue at least through March 29, when spring break ends, according to the university website.

Like all law schools interviewed by the ABA Journal, Berkeley Law is using Zoom Video Communications technology for its online courses. The cloud platform offers video and audio conferencing, with options for screen sharing and breakout rooms.

“I’m stunned at how well things went. This isn’t an ideal form of education, and it’s a transition for all of us. There’s also a lot of anxiety around this shift. I’m getting lots of emails about people who are anxious,” says Erwin Chemerinsky, the law school’s dean.

He was on campus Thursday afternoon, getting ready to teach a constitutional law class from his desk.

“We have a wonderful I.T. staff, working with individual staff members. People like me, who don’t have the technological ability to get things set up,” Chemerinsky says.

Law students were also surprised by a smooth transition to online courses. Brad Larson, a first-year law student at Columbia Law School, spoke with the ABA Journal shortly after finishing up an online property class taught by Michael A. Heller.

“I was not expecting it to go well. But this morning, it actually felt kind of personal. We all popped in, and had the video up so we could see each other. Honestly, it kind of felt like we were in class. We still got to do the normal cold-calling system,” says Larson, referring to the Socratic Method of teaching. He has been staying with his parents in Florida since the law school announced it was suspending classes as of Monday.

Remote courses began Wednesday at Columbia, and will continue through the end of the semester, according to the university’s website.

At Seattle University School of Law, classes have been taught online since Monday. In-person classes are suspended through March 27, according to the university website.

Mimi Samuel, co-director of the law school’s legal writing program, had students write memos this week, and she did conferences through Zoom.

“So far it’s gone really well. You can share the screen and give students the option to record the sessions,” she says. “Just yesterday, colleagues and I were pretending to be students, and putting ourselves into Zoom breakout rooms.”

One of Samuel’s semester assignments is visiting a court. Those who did not finish before Monday now also have the option of viewing online hearings.

“For the most part, we are trying to do everything we would normally do. We’ve been working really hard to get up to speed to figure out what will be the most helpful, and what will give students the same experience of the classroom, while sitting in their living room, ” says Samuel, who had not done online, real-time, teaching prior to this week.

Under Standard 306, law schools can already grant up to one-third of the credit hours required for JDs through distance learning. A February managing director’s memo addressed emergency situations for law schools. In the event of an emergency disrupting academic programs, which could result in not meeting an accreditation standard, law schools should seek variances when possible, the memo stated. It noted that quick decisions are often necessary in emergency situations.

“The memo makes it pretty clear that they can take reasonable steps to deal with the emergency without an emergency variance,” says Barry Currier, managing director of accreditation and legal education for the ABA’s Section of Legal Education and Admissions to the Bar.

Currier says law schools have been sharing with the section what they plan to do. The section also has received calls from law students concerned that their law schools are switching to online courses on a temporary basis.

The primary responsibility for dealing with the coronavirus fallout lies with the law schools, not the ABA, Currier says. And it’s the council of the ABA’s legal education section, not the ABA, that is responsible for granting variance requests, he adds.

“We are not going to say to the schools, ‘Why don’t you just give everyone in law school a JD and be done with it?’ The schools are trying to adjust their education while preserving the integrity of their academic programs,” Currier says. “Our job is to ensure that they didn’t go too far. Which the council is perfectly capable of doing, but not within an hour. We are going to give schools some room and trust them, until they demonstrate that the trust is not merited. What I’ve seen so far is that they are doing some amazing things.”

Updated March 12 at 4:50 p.m. to reflect the dates of remote classes at Columbia.