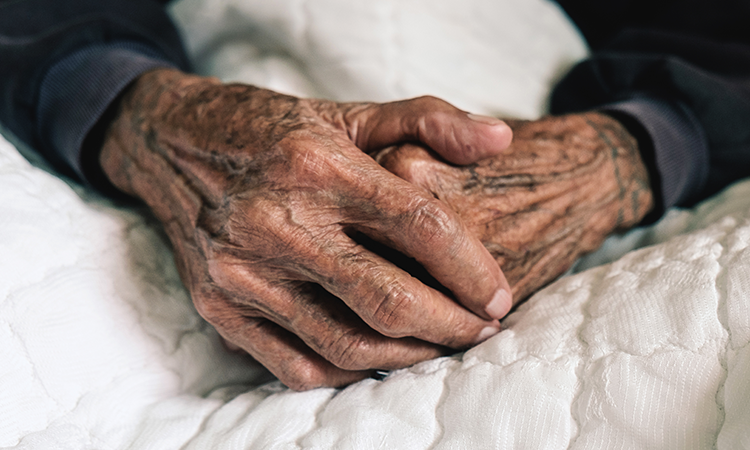 The rapid spread of the novel coronavirus has renewed the focus on conditions inside the nation’s jails and prisons, many of which are struggling to implement proper cleaning and social distancing practices and protect their prisoners and staff.

Elderly and sick prisoners, who are among those most vulnerable to COVID-19, have moved to the forefront of the conversation, with several advocacy organizations, including Families Against Mandatory Minimums, calling for their immediate release.

“You and I can stay six feet away from people, we cover our faces, we wash our hands religiously, we wipe off our surfaces with a disinfectant, but very little of that can happen in prison,” says Mary Price, general counsel at FAMM. “Not only are these prisoners vulnerable because of their underlying conditions, they are vulnerable because of where they have to live. It’s inhumane and it’s certainly not what we sentenced people to—to live under this threat of death.”

FAMM joined the Washington Lawyers’ Committee for Civil Rights and Urban Affairs and National Association of Criminal Defense Lawyers in launching an emergency release effort to recruit, train and support pro bono lawyers who agree to represent federal prisoners who are eligible for compassionate release, as well as those especially at risk due to COVID-19.

The groups’ Compassionate Release Clearinghouse has worked since February 2019 to identify prisoners who are eligible for compassionate release, which is called for when terminal illness, advanced age, debilitation or extreme family circumstances outweigh their continued incarceration. Even though COVID-19 isn’t considered one of the specific criteria, Price contends that the U.S. Sentencing Commission recognizes “extraordinary and compelling reasons” that warrant reductions in prisoners’ sentences.

According to guidance from the Centers for Disease Control and Prevention, individuals who are over the age of 65 and individuals who have underlying medical conditions, such as heart disease, lung disease or diabetes, are at higher risk for developing more serious complications from COVID-19. Recent Federal Bureau of Prisons data shows that nearly 5,000 people in federal prison are older than 65, while an additional 5,500 are between the ages of 60 and 65.

“Right now, with the advent of COVID-19, we realized we were really going to have to step up the game of the Compassionate Release Clearinghouse and work in emergency mode,” Price says. “We put a call out through our networks and through our partners for pro bono counsel and explained that we were going to be bringing a lot of individuals who assert that they meet compassionate release criteria and/or COVID-19 criteria as outlined by the CDC.”

In establishing compassionate release, the Sentencing Reform Act of 1984 required the Bureau of Prisons to identify prisoners who met the criteria outlined by the U.S. Sentencing Commission and file motions in court seeking reductions in their sentences. The court would then decide whether to grant those motions.

That process created a problem for prisoners since prison officials acted as gatekeepers in these cases and could deny their requests for compassionate release, says Elizabeth Blackwood, counsel and director for the First Step Act Resource Center at the National Association of Criminal Defense Lawyers.

She pointed to a 2013 Office of Inspector General report that found only 24 inmates, on average, were released through the Bureau of Prisons’ compassionate release program each year between 2006 and 2011.

The First Step Act of 2018 provided prisoners a remedy, allowing them to file their requests for compassionate release directly with the court 30 days after those requests were ignored or not acted on by the Federal Bureau of Prisons. The law also allows them to file a motion in court once they have exhausted the administrative appeals process.

“We think it also created a lot more leeway for district court judges to decide whether an inmate is eligible for compassionate release,” Blackwood says. “There were strict criteria previously, and now there is a growing body of case law that judges have to decide what is extraordinary and compelling that allows an inmate to be released.

“Now judges are looking more at an individual’s issues in general. Are they 60 and have COPD and asthma that makes them extremely vulnerable, and are they somewhere with an outbreak?”

Price adds that in the past few weeks, the clearinghouse has seen the release of prisoners whose cases were pending under traditional compassionate release criteria until their lawyers supplemented their motions with COVID-19 arguments. She says judges have ruled more quickly on those cases.

Timothy Foster, a 70-year-old who was serving time in federal prison in Sheridan, Oregon, for his participation in a scheme to defraud his employer, Rite Aid Corp., was released on April 3 after several requests for compassionate release. In his order, Judge John E. Jones III of the U.S. District Court for the Middle District of Pennsylvania said Foster’s chronic lung condition, bronchiectasis, “may very well equate a COVID-19 diagnosis with a death sentence.”

Basil Hansen, a 72-year-old with multiple ailments including heart disease and diabetes, was granted compassionate release on April 8 after also filing requests before the pandemic. He was convicted of six drug offenses in 2008 and sentenced to 20 years in federal prison, but Judge Kiyo A. Matsumoto of the U.S. District Court for the Eastern District of New York held in her ruling, “the court cannot glean what ends of justice may be served by keeping Mr. Hansen incarcerated for an additional seven months, in light of his frailty.

“Finally, the court acknowledges the unique risks posed by the COVID-19 pandemic to prisoners like Mr. Hansen, who is elderly and infirm,” the judge added.

According to FAMM, the Compassionate Release Clearinghouse secured the release of more than 40 prisoners by early March. It has received nearly 400 requests for assistance since the start of the COVID-19 pandemic.

More than 300 lawyers, as well as social workers and other advocates, have now volunteered to handle these prisoners’ cases.

“We are trying to get as many people’s cases into the hands of as many pro bono lawyers as possible and then help the lawyers evaluate whether or not there is a case and support them in bringing a motion,” Price says. “We feel like this is a terrible emergency, that for people in these facilities, their lives are in grave danger.”

While every state except Iowa also recognizes some form of compassionate release, Price points out that the tool is rarely used by prisoners in state facilities due to confusing criteria and processes. They are instead receiving relief as governors, including those in Oklahoma and Kentucky, issue commutations to stop the spread of the coronavirus.

Other states, such as New Jersey, are releasing state prisoners whose age or poor health make them vulnerable to COVID-19 to home confinement or putting them on parole.

Additionally, Attorney General William Barr recently ordered federal officials to speed up the process of sending vulnerable inmates at prisons in Danbury, Connecticut; Oakdale, Louisiana; and Elkton, Ohio, to home confinement. The three facilities have seen a significant rise in COVID-19 infections in both prisoners and staff in recent weeks.

The move to release more elderly and sick prisoners also focuses more attention on problems that have long faced the correctional system, such as where will these prisoners go, who will care for them and how will they receive health insurance and other benefits.

“It would be nice to say, ‘Let’s open the door for everyone who is over 70,’ except each one of those individuals needs an individual consideration of what’s going to happen to them,” says Kim Parker, the chair of the Criminal Justice Section and prosecutor coordinator for the Kansas County & District Attorneys Association. “That means people helping develop plans and a social worker assigned to them who can actually help them. Resources are critical.”

She adds, “This crisis will give us the ability to focus and attend to some things that have already been concerns, issues, problems within our system and how to manage those.”

Attorneys who wish to volunteer with the Compassionate Release Clearinghouse can find more information or register at crclearinghouse.org/training.

ABA Journal: “Why the prison population is so vulnerable to COVID-19”