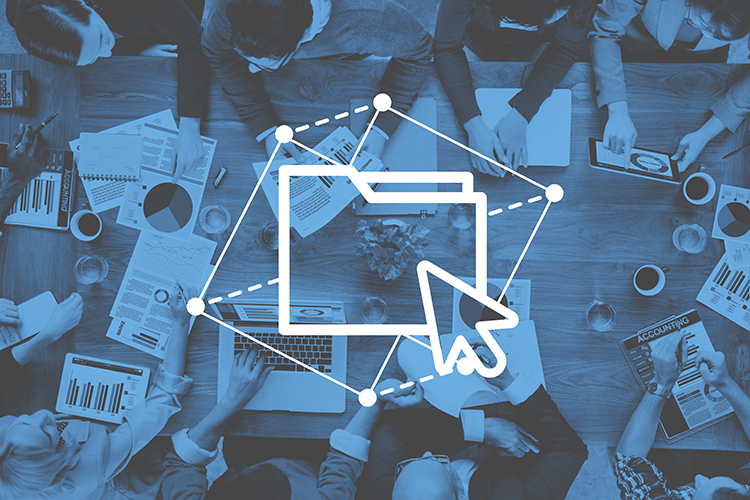 Lawyers often have to deal with an incredible amount of material and documents, spanning many rooms and filling countless boxes. What lawyers once did by hand, such as identifying privileged materials that should not be disclosed to the other side, can now be done with the help of sophisticated technology. But mistakes can and do happen.

“In document intensive cases, it is not unusual to see some inadvertent disclosure of privileged ESI [electronically stored information] to the other side,” says University of Florida Levin College of Law professor William Hamilton, who teaches classes in electronic discovery. “It is a persistent problem that we have been dealing with for some time since the dawn of the ESI era.”

Andy Reisman, CEO of ELIJAH, which for nearly 20 years has specialized in expert digital forensic and eDiscovery services, agrees with Hamilton’s assessment: “Inadvertent production of emails, texts and other ESI has been a common issue for lawyers since the inception of those technologies.”

Some mistakes seem a bit more unusual and certainly gather more media attention than others. Case in point: Alex Jones. In 2018, the Infowars host was sued for defamation in Texas and Connecticut by the parents of children slain in the Sandy Hook Elementary School shooting massacre after calling it a hoax and questioning its legitimacy. After a series of default judgments were issued in favor of the plaintiffs in both states, juries deliberated over how much to award in damages.

In August, during the damages phase in Texas, Jones found out on the witness stand that his lawyers had inadvertently disclosed the entire contents of his cellphone messages to the other side.

“The Alex Jones situation is a rarity, the disclosure of a file that contains the entire contents of someone’s cell phone,” says Hamilton. “That just should not happen. Nothing—much less a file containing the entire contents of a cellphone—is ever turned over the opposition without a quality control check, or even multiple checks and sampling, prior to production or granting access.”

What are the rules of the game?

Because of the frequency of inadvertent disclosures, the legal system has responded both with amendments to the rules of evidence and agreements between lawyers in the case of such a problem occurring.

Two parts of Federal Rule of Evidence 502 come into play here, subsections (b) and (d). Subsection (b) deals with inadvertent disclosure generally and provides:

• The disclosure is inadvertent

• The holder promptly took reasonable steps to rectify the error, including (if applicable) following Federal Rule of Civil Procedure 26(b)(5)(B)

Meanwhile, 502(d) provides that a court order can determine that the privilege is not waived by such inadvertent disclosure.

Hamilton explains that in cases with voluminous documents, two things are put in place. First, a clawback order allows lawyers to identify and reclaim documents that were mistakenly disclosed. “Second, there is a Rule of Evidence 502(d) order, which essentially means if I turn over privileged documents inadvertently to you, I get them back,” he says. “Some federal magistrate judges have opined that not having a 502(d) order borders on malpractice.”

Peter Joy, who teaches ethics at Washington University in St. Louis School of Law, adds that there is another less common type of agreement, known as a “quick peek” agreement, “in which a lawyer will initially produce materials to the opposing party without waiving privilege, and then the requesting party designates which documents the party wishes to have formally produced.”

“In addition to clawback and quick peek agreements, some jurisdictions, like Texas where Alex Jones’ lawyer screwed up, have a rule of civil procedure, Rule 193.3(d), known as a “snapback” that functions like a clawback agreement,” Joy adds. “In the Alex Jones’ case, the plaintiffs’ lawyer receiving the texts messages that appeared to possibly contain attorney-client privileged communications notified Jones’ lawyer. Jones’ lawyer had 10 days to assert privilege, which he failed to do.”

Many states have similar provisions, but attorneys should carefully check the rules in their respective jurisdictions to know the lay of the land.

“Specific rules vary both by jurisdiction and based on agreements between the parties, both with respect to producing parties and recipients,” Reisman says. “With that caveat, having a well-drafted clawback agreement in place can help. Lawyers should act as quickly as possible to notify the opposing counsel in writing of any inadvertent disclosures, seek agreement that the material will be destroyed and not used, and seek judicial intervention should the opposing parties not agree. A lawyer who has a duty not to use inadvertently produced data but does anyway risks disqualification depending on the circumstances and jurisdiction.” 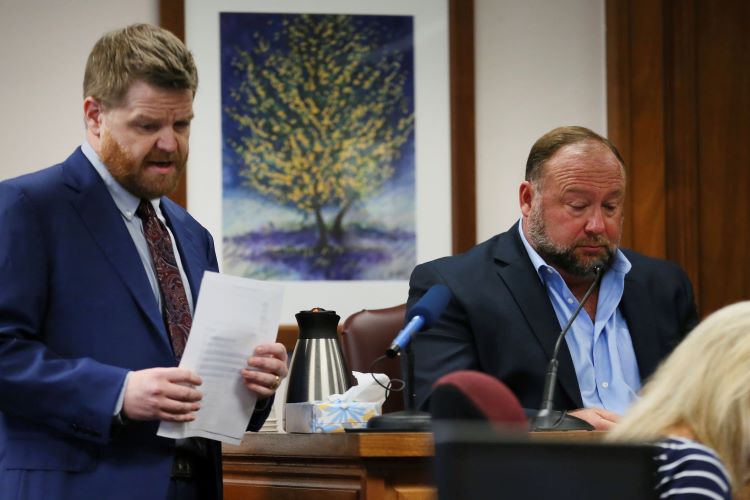 Mark Bankston, a lawyer for the parents of Sandy Hook massacre victim Jesse Lewis, questions Infowars host Alex Jones during his trial at the Travis County Courthouse in Austin, Texas. Photo by Briana Sanchez/The Austin American-Statesman via the Associated Press.

A warning shot to lawyers?

The conduct of Jones’ counsel in disclosing the entire contents of the cellphone troubles ethics experts.

“Alex Jones’ lawyers should be worried,” Joy says. “Texas, like most states, requires a lawyer to be competent, which includes being knowledgeable about the technology they use. On top of that, the failure to follow the Texas snapback court rule is almost incomprehensible. It is like a driver being told that their car’s brakes are about to fail, and instead of stopping, the driver proceeds to go down a steep hill at a high rate of speed.”

Hamilton offers a similar grim assessment of what could happen in that case: “My suspicion is that the bar association will take a close look at what happened in the Alex Jones case.”

The question remains whether the Jones cellphone data imbroglio will serve as a warning shot for other lawyers. “Probably not, but one can hope,” says Reisman when asked if whether the Jones situation will cause other lawyers to be more cognizant of the dangers of wrongfully disclosing ESI. “Many attorneys don’t think it can happen to them until it does.”

“I think it will remind lawyers to be careful,” Joy says. “First, the producing lawyer has to be careful and review what is being produced. Second, if it is large volume, a competent lawyer would enter into an agreement with the opposing party’s lawyer that allowed for a clawback and also follow any court rule that may provide protection like the Texas snapback rule of civil procedure.”

Lawyers may need training in electronic discovery and how to adequately protect electronically stored information. Reisman, for example, points to ABA Model Rule of Professional Conduct 1.1, which contains the so-called technology clause (ABA Model Rule 1.1, Comment 8) on maintaining competence requires lawyers to keep abreast of changes in the law “including the benefits and risks associated with relevant technology.”

“This doesn’t mean that lawyers need to become technologists, but they do need to be aware of when bringing in one is prudent,” Reisman says. “Engaging an e-discovery or digital forensics expert can help ensure that ESI productions go smoothly. Clients who aren’t willing to pay for that expertise, in essence, are asking outside counsel take on that cost in the form of increased risk.”

Hamilton points out that a few law schools, like his at the University of Florida, offer classes on e-discovery. “Since 2007, the University of Florida has offered a course on e-discovery every semester,” he explains. “Think tanks such as EDRM [Electronic Discovery Reference Model] and the Sedona Conference also, software vendors and alternative legal service providers offer seminars on ESI, often for free.” The Model Rules on competence require technological competence in your practice area. If you don’t have it, get educated or hire an expert.”

Reisman reiterates a similar theme: “With the proliferation of applications that store electronic information, increasingly in formats unfamiliar to counsel, it’s critical for counsel to either ensure they are familiar with ESI technology issues or engage someone with such knowledge.”