Brenda Gibson is trying something new this semester with her legal writing students. After almost 17 years of using honorifics while teaching, she started calling them by their first names.

“There are some things I had to do differently because I didn’t show up as authentic,” says Gibson, a professor at Wake Forest University School of Law.

“I felt like based on some of my evaluations, they felt like I did not care. That boundary was something that was more a hindrance than beneficial,” adds the former state appellate court staff lawyer. She explains that convincing them she does care is more important than ever, as the country enters another period of uncertainty about the COVID-19 pandemic.

“We have run up against, ‘It’s going to be better next year.’ The brain is literally tired, our bodies are tired, of the ‘next year,’ because we’ve gotten there,” says Gibson.

Of course, that collegiality only goes so far. “One of my students said, ‘Do we get to call you Brenda?’ I just gave them a look,” she says, adding that she still expects to be called “professor.”

Like Gibson, other law professors say the pandemic changed how they interact with students, and many find themselves sharing personal information they may not have previously shared. That’s partially due to the chaos of COVID-19, but it’s also a way for faculty to convince students they are there to help.

And despite the various problems law schools face during the pandemic, students’ overall satisfaction rates have only slightly dropped between 2019 and 2021, according to the results from the most recent Law School Survey of Student Engagement. In 2019, 82% of the law students rated their education experiences as “good,” compared to 78% in 2021.

“I think a large part of that is faculty efforts to really connect with them,” says Meera Deo, a Southwestern Law School professor, who also serves as director of the LSSSE.

She’s seen more law professors sharing non-work phone numbers with students, so they can check in, and shifting office hours from in-person to Zoom. Other professors say they’re polling students on how they feel at the start of class, which can influence how they teach that day. Deadline rules are changing, too.

“I will grant an extension anyone needs, as long as they ask before the deadline. I don’t need a reason,” says Jamie Abrams, a torts professor at the University of Louisville Louis D. Brandeis School of Law.

She had her own anxiety at the start of the pandemic, when she thought she might have had COVID-19, and a test for the virus was not yet available.

“My jump-off moment came from a great place of empathy in really realizing my own vulnerability,” says Abrams. She suspects student-centered professors adopted more easily to teaching during the pandemic than those who are not, and she hopes law school administration recognizes that being student-centered can greatly increase workloads in ways that often are not heavily valued in evaluation metrics. 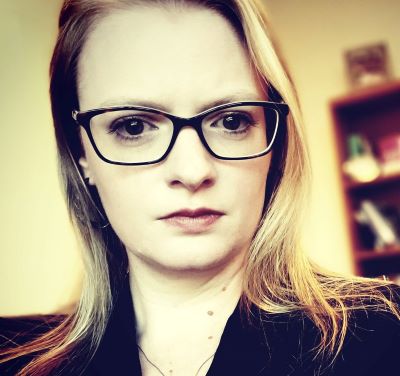 Others say setting boundaries can be difficult. Amanda Fisher, an academic success and legal writing professor at Western Michigan University Cooley Law School, develops a discussion plan with students before meeting with them, particularly if they are meeting for the first time, or she knows the student has a hard time staying on track.

“The hardest part when you are an approachable faculty member is you get a lot of students who come to you for moral support. I don’t mind, but you have to navigate the situation by saying things like ‘I can meet with you for 30 minutes. What’s your goal, and what materials will you bring for us to accomplish this goal,’” she says.

Cooley Law had in-person classes for 1Ls during the fall 2021 term, and planned a campus return for all this term. But thanks to the uptick in COVID-19 infections, everyone now has online classes for three weeks. The law school admits new students three times a year, and Fisher says incoming 1Ls this term, who expected in-person classes, expressed concern about the remote learning.

“I tried to assure them this is new, but we’ve been doing this for a while, and we will help make sure you get the best experience possible, even though it’s a shift in what you were expecting,” she says.

Meanwhile, some law professors are leaving academia due to COVID-19 restrictions, according to Peter Huang, a business law professor at the University of Colorado Boulder, who says the virus has influenced his decision to retire in June.

“Teaching [in person] during COVID doesn’t make sense,” adds Huang, who says some law school administrators have approached leadership with a mindset that the pandemic is ending.

“I think because of omicron, people are now understanding that COVID is not over. People want it to be over, but wanting it doesn’t make it so, and behaving like it is doesn’t make it so,” says Huang, whose academic research includes law and emotions, mindfulness and subjective well-being.

The pandemic has upended almost every norm that defined legal education, according to Abrams. She’s not sure if changes will stay post-pandemic, but she worries that student-centered faculty will not thrive in the profession if revisions aren’t made to law school incentive structures.

“In order for these changes to endure, we have to align our institutional values with steadfast commitments to meeting student needs as so many faculty and especially staff have always done, but which so often goes unnoticed and unvalued,” she added.

Updated on Jan. 19 to clarify a quote by Peter Huang.