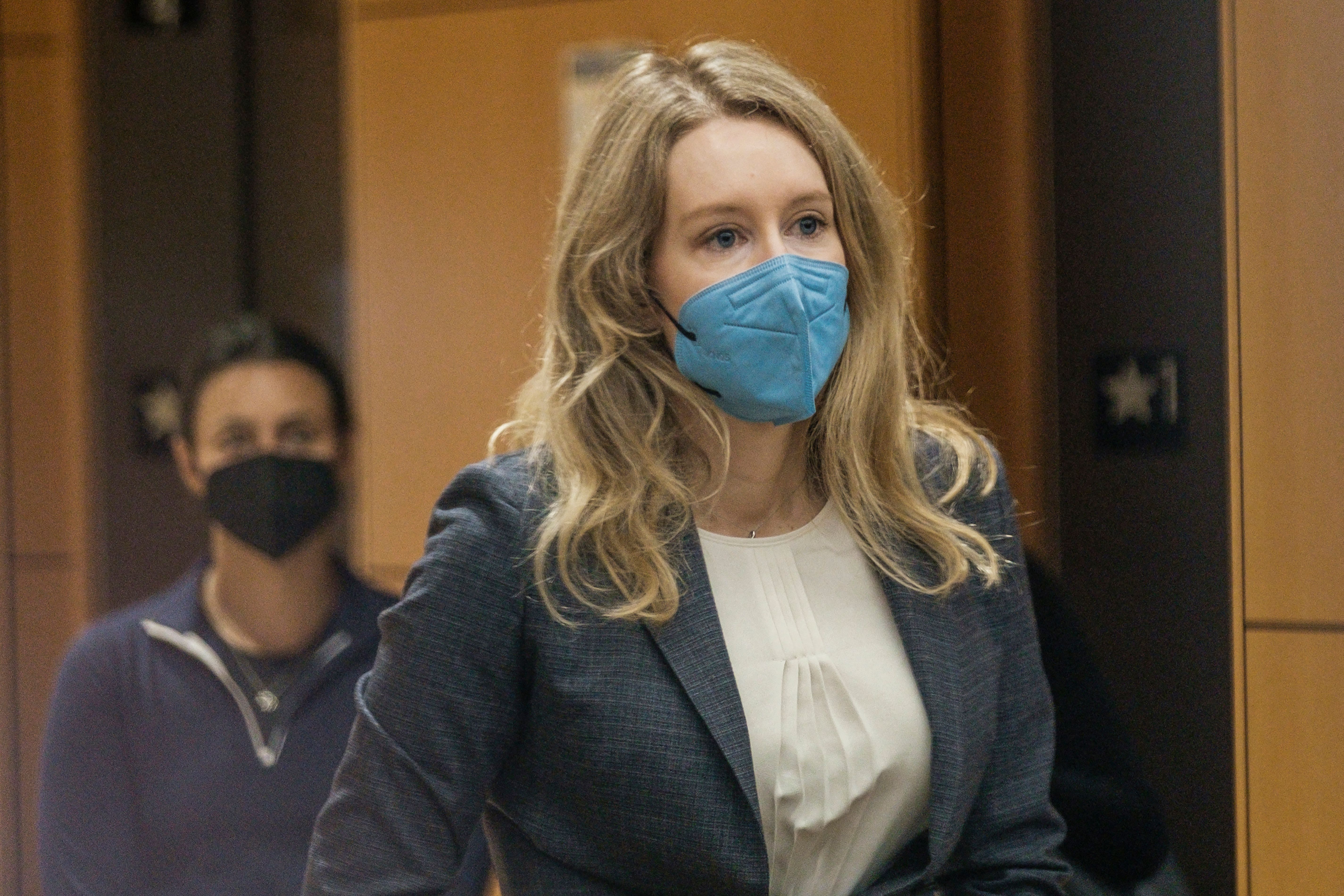 Elizabeth Holmes' lawyers stated before trial that Holmes had a "strong preference" to go unmasked in the courtroom, but she did not challenge the judge's decisions regarding mask-wearing. Photo by Nick Otto/AFP via Getty Images.

Before her fall from grace, Elizabeth Holmes’ ability to court and charm establishment luminaries fueled her meteoric rise as head of Silicon Valley blood-testing company Theranos. In her ongoing criminal fraud trial, she might be hoping she can work the same magic on jurors.

But could wearing a mask weaken her defense and make her less likable in the eyes of the jury?

That question appeared top of mind for her defense team in the run-up to her federal criminal trial, which began in August in San Jose, California. Her lawyers told Judge Edward Davila that she had a “strong preference” to go unmasked. But with COVID-19 cases trending upward because of the delta variant, the judge said he would allow only testifying witnesses to go without masks. Attorneys do not have to wear them while examining witnesses.

Judges across the country are balancing public health with the right to a fair trial. In some cases, they have left it to defendants to decide if they want to wear a mask in front of jurors. And while Holmes’ case is a high-profile example, the subject of mask-wearing and whether it helps or hinders defendants is a broader concern for both civil and criminal defense lawyers. They know that the nuances of facial expressions and body language are as much a part of courtroom dramas as explosive witness testimony or damning smoking-gun evidence.

“I think it creates a distance with the jury,” white-collar criminal defense attorney Marissel Descalzo of the Miami firm Tache, Bronis and Descalzo says of masking. “There is less of an opportunity for the jury to connect with the defendants and see that they’re a real person.”

Federal prosecutors have charged Holmes with conspiracy to commit wire fraud and wire fraud, and they allege she misled investors about the miniaturized blood testing device her company developed that turned out to be defective. If convicted, she faces up to 20 years in prison. Her lawyers have indicated in court papers that they could argue her business partner and then-boyfriend, Ramesh “Sunny” Balwani, victimized and manipulated her. 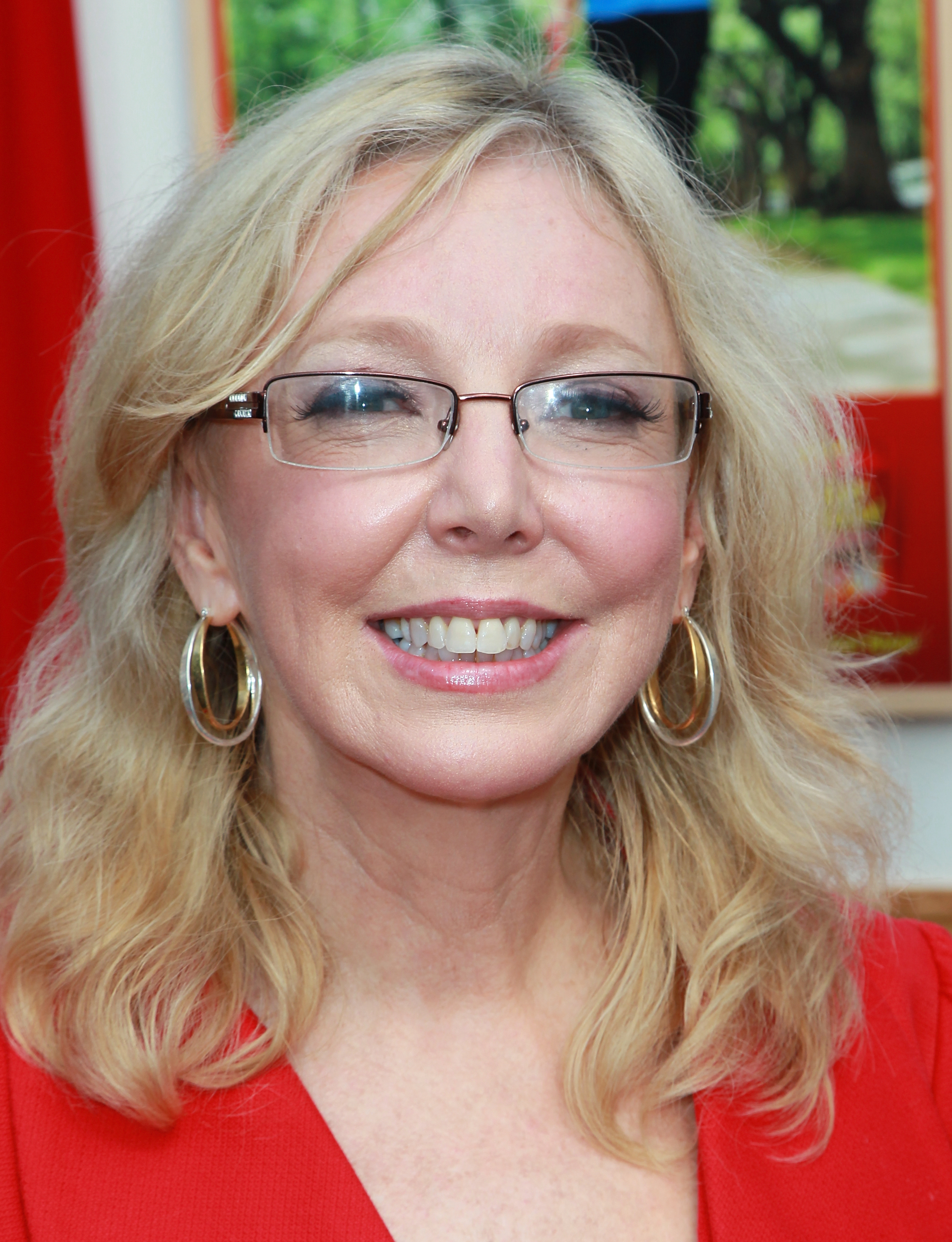 Patti Wood: Not seeing someone’s full face can be unsettling because “we don’t know what the person is truly thinking.” Photo by David Livingston/Getty Images.

Body language expert Patti Wood, author of Snap: Making the Most of First Impressions, Body Language, & Charisma, believes a face covering could hamper Holmes’ quest for freedom. Wearing it prevents her from using what Wood describes as her “superpower”—her ability to convince, charm and manipulate.

“We know she was able to do that on a grand scale,” Wood says. “The mask, I would imagine, in her mind, puts her at a disadvantage.”

A 2009 study in the Northern American Journal of Psychology suggests facial expressions impact jurors as they are deciding a verdict. The study’s authors showed mock jurors images of defendants showing remorse and anger. It found that if jurors perceived a defendant showing remorse, it resulted in a more lenient verdict than if the defendant looked angry.

Wood says without facial cues, jurors could fill in what they can’t see with their imaginations and with media portrayals of Holmes. Pre-pandemic and before the ubiquity of masks, jurors could gauge defendants’ expressions by looking at their eyes, mouth and nose. Wood says not seeing someone’s full face can be unsettling because “we don’t know what the person is truly thinking.

“If she’s covering up her mouth, she’s losing attractiveness,” Wood explains. “She can’t smile. She’s losing a big part of what creates likability.”

Showing likability also is a concern for civil defendants who have to connect with jurors and judges determining if they are at fault or liable for damages.

Adam G. Cohen, a civil litigator with the firm Davids & Cohen in Wellesley, Massachusetts, believes masks prevent jurors from getting the “full story.” But he says it works both ways: “I would think it would be an equal concern for both plaintiffs counsel and defense counsel.”

Descalzo is convinced masks make defendants look guilty. She said she had to work hard to persuade a judge in a recent criminal case that her client, Daniel Markovich, should go unmasked. All the same, Markovich was convicted in November of health care fraud and charges of paying and receiving kickbacks.

Because Markovich was fully vaccinated, the judge in the case allowed him to appear without a face covering. The judge also had witnesses testify in transparent masks.

The issue of masking is further complicated because public’s perception of masks has become politicized, Descalzo says. Her trial was in Florida, where Gov. Ron DeSantis has banned mask mandates in schools, for example.

“It’s something that has to be considered when you’re picking a jury because you don’t want anything extra to count against your client,” Descalzo says.

Masks also came under scrutiny in the high-profile trial of former police officer Derek Chauvin, who in April was convicted of the second-degree murder of George Floyd. Some legal experts suggested Chauvin was at a disadvantage because—aside from closing arguments—he wore a mask for the duration of the trial. Jurors were left to focus on his eyes, as prosecutors replayed the video of him staring into the distance as he pressed his knee into Floyd’s neck.

But Yodit Tewolde, a former prosecutor, legal analyst and host of the Black News Channel show Making the Case with Yodit said the face covering might have helped Chauvin disguise negative emotions while his colleagues at the Minneapolis Police Department testified against him.

“A lot of what was being offered by the state, the emotional testimony from the bystanders, could really upset him, especially if he doesn’t agree,” Tewolde said on her show in April.

Courts must also consider a defendant’s rights under the Sixth Amendment’s confrontation clause. Some defense lawyers argue that removing facial cues makes it harder to tell if a witness is telling the truth. An April article in the ABA Litigation Section’s Criminal Litigation Committee’s newsletter said courts across the country are grappling with the question, and sometimes within the same state.

“To align a defendant’s confrontation rights with public safety, some courts have been encouraging the use of transparent face masks and face shields by witnesses,” the article states.

However, research suggests that the legal system’s preoccupation with demeanor in assessing credibility deserves a closer look. A 2016 research study, Less is more? Detecting lies in veiled witnesses, found people were more likely to tell if witnesses wearing niqabs or hijabs were lying than if they were unveiled.

“These findings suggest that, contrary to judicial opinion, niqabs do not interfere with—and may, in fact, improve—the ability to detect deception,” the study states.

The researchers found witnesses engaging in deception were more likely to avert their gaze than witnesses who were telling the truth. An observer’s ability to better detect lying in veiled witnesses “might be attributed to the added emphasis on witnesses’ eyes” and an increased reliance on verbal cues, the study suggests.

More recently, a September paper in the Journal of Applied Research in Memory and Cognition looked at hundreds of studies on deception and mask-wearing and suggested that depriving jurors of a defendant’s facial cues would not have an impact.

“The face is not a reliable source of information; therefore, depriving observers of parts of the face ought not to hamper them when detecting deceit. It may actually beneﬁt them if it means that they will focus on speech content instead,” the paper states.

And although Holmes has not been wearing a transparent mask, she has other tools at her disposal. Her attorney could make her look relatable by placing a hand on her shoulder, Wood says, and conferring closely with her. If Holmes argues she was victimized, she could use body language to suggest she is powerless, Wood says.

Dratel notes that his approach if he was representing a masked defendant would remain largely unchanged.

“You don’t want to distance yourself or treat the defendant in a way that to a jury looks like you’re dismissive of them or not listening to them,” Dratel says.