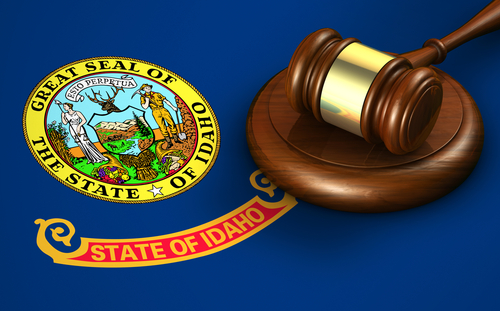 The Aug. 2 lawsuit cites the federal Emergency Medical Treatment and Active Labor Act, known as the EMTALA, according to a DOJ press release. The law requires hospitals that receive federal Medicare funds to provide necessary stabilizing treatment to arriving emergency room patients with medical conditions that pose a risk to their lives, put their health in serious jeopardy, or create a risk of serious impairment.

“In some circumstances,” the lawsuit says, “medical care that a state may characterize as an ‘abortion’ is necessary emergency stabilizing care that hospitals are required to provide under EMTALA. Such circumstances may include, but are not limited to, ectopic pregnancy, severe preeclampsia or a pregnancy complication threatening septic infection or hemorrhage,” according to the suit.

The Idaho law puts emergency doctors at risk of criminal liability for performing abortions in those circumstances unless they can show that the procedure was necessary to prevent the death of the pregnant woman, the DOJ says. The law does not allow a defense that the abortion was needed to protect the health of the woman.

The Idaho law also exempts doctors from criminal liability for performing abortions in cases of rape or incest, as long as the crime was reported to the appropriate agency and a report is provided to the doctor.

Physicians can be prosecuted under the law in any circumstance in which they perform an abortion. They would have to raise the fact that the abortion was needed to save the life of the mother or that the pregnancy was the result of rape or incest as an affirmative defense.

The Idaho abortion law is scheduled to take effect Aug. 25. The DOJ seeks a declaratory judgment that the abortion law is preempted by the EMTALA in situations in which an abortion is a necessary stabilizing treatment. The lawsuit also seeks an injunction blocking the Idaho law to the extent it conflicts with the EMTALA.

Several publications have coverage of the lawsuit, including Law.com, CNN, the New York Times, Reuters and the Washington Post.