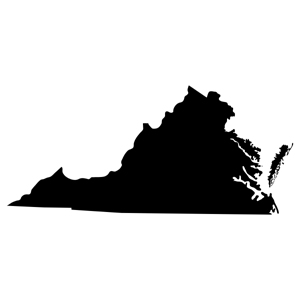 A former Virginia deputy attorney general is suing her old office for defamation.

Monique Miles said in her complaint, which she filed in circuit court in Richmond, Virginia, on Wednesday, Virginia Attorney General Jason Miyares fired her for previously making statements on social media about lawsuits filed after the 2020 presidential election and the “patriots” who expressed their concerns about voter fraud after the election and at the Jan. 6, 2021, riot at the U.S. Capitol.

Miles also alleged in her complaint that Miyares and others in the office subsequently made false claims that Miles had resigned from her position. She responded to media that asked her about her resignation by telling them that she had been asked to resign for her social media statements but had not resigned.

“The decision by the OAG to improperly slant their justification for terminating plaintiff … displayed a reckless disregard for plaintiff’s professional reputation and/or a malicious attempt at destroying her professional reputation and credibility in order to punish her for speaking to the press about her termination and to cover up for the lack in judgment they exhibited for firing her so hastily for statements she made over a year before she assumed her appointment,” according to Miles’ complaint.

Miles alleged in her complaint that she was not asked about her political views during the hiring process for her position, despite a colleague at the Virginia attorney general’s office being one of her contacts on social media. Miles joined the office Jan. 18, and the following week, a friend told that her a reporter from the Washington Post had asked for comment on Miles’ social media statements.

After a reporter contacted Miles directly Feb. 10, she met with Chief Deputy Attorney General Charles “Chuck” Slemp III and Chief of Staff Darrell Jordan—who are now defendants in the case—and provided them with screenshots of her social media statements, Miles alleges. They later told her that she would be given an opportunity to resign but was asked to turn in her badge and computer.

The same day, Miles said, she told Miyares, Slemp, Jordan and Klarke Kilgore, the office’s director of external affairs, that she “had some time to think about [the] offer to resign” but thought that she had “done nothing wrong. The comments that I made were as a private citizen and not as a public employee.”

Miles then heard that the Virginia attorney general’s office had issued a statement that she had resigned from her position, she said in her complaint. Another statement announced that the office and Miles had “parted ways” because she showed a lack of transparency during the interview process.

Miles is seeking $1 million in damages in the case, which includes as a defendant Victoria LaCivita, the director of communications for the Virginia attorney general’s office.

Courthouse News Service reports that representatives for the office did not respond to a request for comment.