How can employers stop discrimination during the coronavirus pandemic? 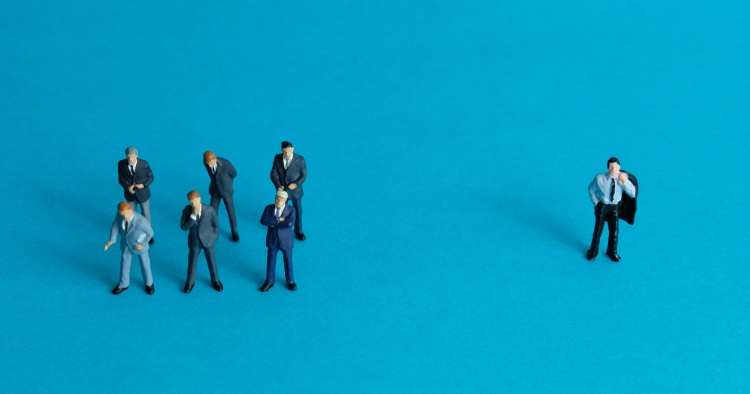 As COVID-19 spreads rapidly across the United States, it carries with it accounts of discrimination and xenophobia that several lawyers say they haven’t seen since the years following the Sept. 11, 2001, terrorist attacks.

In February, an Asian American teenager in California was attacked by a group of bullies who accused him of having the coronavirus. In March, a man from Hong Kong who has lived in the United States for decades was assaulted at a bus stop in New York City by a stranger who questioned why he wasn’t wearing a mask. Other reports detail how many more people of Asian descent have been cursed at, spit on or purposely avoided while in public in recent weeks.

President Donald Trump referred often to the coronavirus as “the China virus” or “the Chinese virus” during White House briefings last month before eventually tweeting that “it is very important that we totally protect our Asian American community in the United States, and all around the world.”

Teresa Ellis, a national executive board member of the Asian Pacific American Labor Alliance in Washington, D.C., refers to this type of rhetoric as part of the problem facing Asian American families as well as the Asian American and Pacific Islander workers served by her organization.

“Discrimination is already happening in the workplace and outside the workplace in the world,” says Ellis, who is also general counsel for the International Federation of Professional and Technical Engineers. “It’s always been there, but I think the spread of the coronavirus and the language that has been and continues to be used around the virus is exacerbating some of the things that people of color or diverse populations have seen in the workplace and beyond.”

While Ellis hasn’t yet heard of specific examples of discrimination related to the coronavirus in the workplace, she says the Asian Pacific American Labor Alliance has issued guidance to protect its workers. It includes calling on employers to commit to an ongoing process to address discrimination and encouraging workers to speak out against hostile and aggressive behavior.

“Viruses don’t discriminate,” Ellis says. “Blaming Asians or people of any race or ethnicity, it not only doesn’t help us combat this crisis, but it actively works against us at a time when it’s in everyone’s interests to stand together.”

The National Council of Asian Pacific Americans and more than 260 civil rights organizations called on Congress to denounce the increase in attacks and discrimination against the Asian American community amid concerns over COVID-19, while the Centers for Disease Control and Prevention cautioned that people should not “show prejudice to people of Asian descent, because of fear of this new virus” or “assume that someone of Asian descent is more likely to have 2019-nCoV.”

Equal Employment Opportunity Commission Chair Janet Dhillon also released a statement last week commenting on the reports of mistreatment and harassment of Asian Americans and people of Asian descent. She warned that these actions in the workplace could result in “unlawful discrimination on the basis [of] national origin or race.”

“The EEOC is rising to the challenges before us, continuing our mission of advancing equal employment in the workplace and enforcing our anti-discrimination laws,” Dhillon said in the statement. “The EEOC urges employers and employees to be mindful of instances of harassment, intimidation, or discrimination in the workplace and to take action to prevent or correct this behavior.”

Individual states also have statutes that parallel Title VII in prohibiting discrimination, while many cities and counties adhere to local ordinances that address discrimination and harassment.

Gerald Pauling, a partner who practices in labor and employment at Seyfarth Shaw in Chicago, agrees that it’s a good time for employers to stick to policies they have developed for addressing discrimination and harassment in the workplace.

“You need to understand that people are afraid, they are anxious, they are angry, they are upset, and as an employer, you have to be vigilant and make sure that folks are acting appropriately at work,” he says.

Pauling says there was a significant increase in discrimination against people of Middle Eastern descent after 9/11, and those incidents also made their way into the workplace. While it was a different situation, he says the guidance to employers dealing with issues related to the coronavirus is similar.

“You need to ensure that you have policy in place and ensure people have a place to go if they have a concern or problem,” he says. “You also need to be serious about addressing those concerns and complaints when they are raised.”

Lori Ecker, the owner of the Law Office of Lori D. Ecker in Chicago, adds that the EEOC determined that special measures were needed after 9/11 to combat the backlash of employment discrimination against those perceived to resemble the attackers.

“I think what is going on now closely parallels that,” says Ecker, a member of the ABA Section of Labor and Employment Law Council. “In our figuring out how we are going to emerge from this crisis, employers need to be sensitive to the issues that their Asian American employees are facing or could face and take some proactive steps to prevent that from happening like it did 19 years ago.”

She recommends that employers announce to all employees that blame or harassment of any ethnic or national origin group violates their workplace policies. She also suggests they implement bystander intervention training so employees understand that if they see one of their co-workers being harassed, they also need to report it to a supervisor or human resources.

From her perspective with the Asian Pacific American Labor Alliance, Ellis adds that addressing discrimination and harassment on a case-by-case basis will not effectively combat the challenge now facing Asian Americans in the workplace. Instead, she says, there needs to be greater awareness that discrimination could affect many workers, including those in health care jobs on the front lines of the coronavirus pandemic.

“The rest of society has a responsibility to treat everyone fairly and to be aware that this is happening, even if it is not happening to them,” she says. “I would say that treating it like an individual problem is doing a disservice to society.”

ABA Journal: “Can companies be held liable when their employees fall ill with the coronavirus?”