How the COVID-19 pandemic creates obstacles for sexual assault survivors 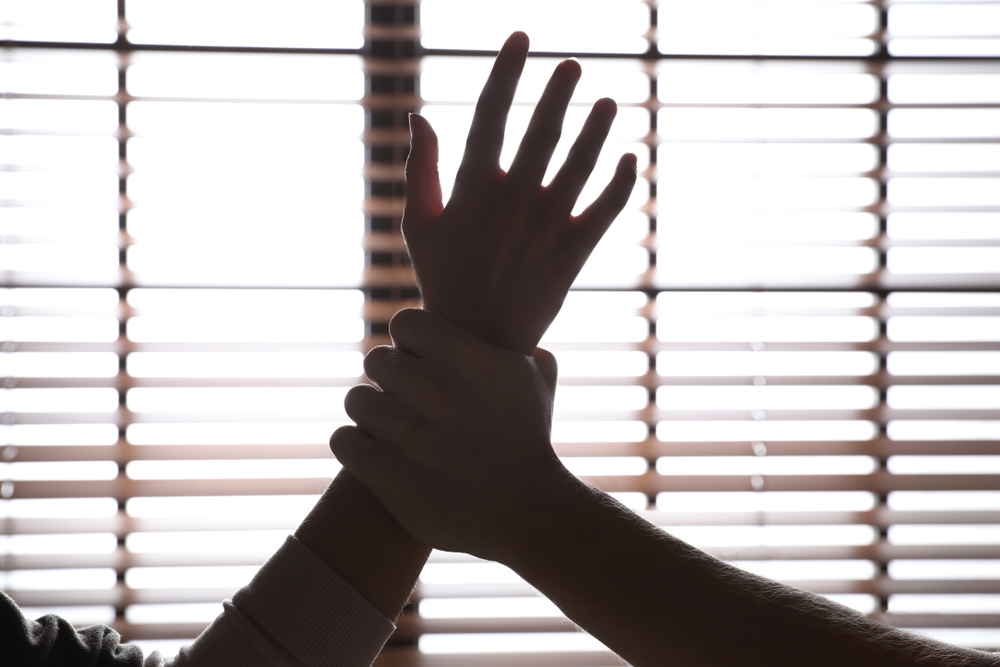 In March of last year, forensic nurse examiners in Washington, D.C., had encounters with 42 patients seeking treatment for sexual assault. As the novel coronavirus spread during the same month this year, they saw 24 patients, a 43% decrease from 2019.

Those numbers trouble Erin Pollitt, executive director of the District of Columbia Forensic Nurse Examiners, the only provider of sexual assault forensic exams for adults in the district. Since the outbreak, the crime rate has fallen steeply in many American cities and counties. But like other forensic nurses, Pollitt fears the virus could be preventing sexual assault victims from coming forward to seek medical care and have physical evidence collected.

“There could be a variety of factors” that explain the numbers, Pollitt says. “But I would say that the fear of going to a hospital related to COVID is probably a large contributor.”

Experts caution that the risk of intimate partner violence, including sexual assault, could increase as more people are forced inside because of shelter-in-place orders. A forensic exam, or rape kit, allows men and women to get medical attention and collect DNA evidence from their bodies, clothes and belongings. That evidence can be critical as victims enter the justice system.

One in six American women has experienced rape or attempted rape in her lifetime, as has one in 33 men, according to the Rape, Abuse and Incest National Network. Eight out of 10 rapes are perpetrated by someone the victim knows, says the group, citing Bureau of Justice Statistics. The bureau’s 2018 survey of households found that out of 100 incidents of rape and sexual assault, 77 were never reported to police.

A March 2016 U.S. Government Accountability Office report concluded there were not enough forensic examiners to meet the demand for exams in the six states it studied, and that victims—most notably in rural areas—might have to travel long distances to find a trained examiner.

A MECHANISM FOR ACCOUNTABILITY

The concern for forensic nurses, advocates and prosecutors is that COVID-19 creates more obstacles for patients seeking medical care and justice against their perpetrators.

Jennifer Pierce-Weeks, CEO of the International Association of Forensic Nurses, says “regardless of when an assault happens,” victims should still come forward. She notes the recommended timeframe for evidence collection if the victim is an adolescent or adult is 120 hours, or five days. In child abuse cases it is 72 hours, or three days.

Mariá Balata, director of advocacy services for the Chicago rape crisis center Resilience, says the virus could impact victims who may delay going to hospital because they have other priorities during the crisis, including coping with a job loss or struggling to make their rent. Those priorities are coupled with conflicting messages about avoiding the hospital in an already-overwhelmed health care system.

“Currently, the only mechanism for accountability that we’ve made available for survivors is the criminal justice system, and as somebody who works very closely with that system, I know how incredibly important evidence collection can be and the role that that plays in prosecution,” Balata says.

If the health care system is already inundated, nurses are concerned that victims may not get the exams and medical care they need. Pierce-Weeks says she’s heard from forensic examination programs all across the country that patient volume is down. She says because of COVID-19, health care resources in the cities the virus has hit hardest are “absolutely maxed out.”

“There’s no reason to think that health care is not going to be further taxed,” Pierce-Weeks says. “It won’t be surprising at all if services end up not as readily available as they previously have been.”

Pierce-Weeks adds that the association is currently surveying its members, which includes a handful of programs from outside the United States. So far, roughly 3% of programs have had to halt services because of the virus’ spread.

“We consider forensic nursing services essential, though it is important to realize that at the local level, different determinations may be made based on what is happening at the individual community level,” Pierce-Weeks says.

Advocacy in a Time of Coronavirus

When victims call advocacy groups, staff members can accompany them to hospitals for a forensic exam. But to protect their staff, some advocacy groups are having to help people remotely, robbing victims of in-person counseling during what could be the most traumatic event of their lives.

Jackson says prosecutors do not rely on forensic evidence alone, particularly as a large number of sexual assaults may never be recorded, or a victim may not report the assault until long after it happened.

“A sexual assault case is much more comprehensive than just the sexual assault evidence, given we have to prove our case beyond a reasonable doubt,” Jackson says.

Jackson adds that in the face of the pandemic, prosecutors are giving victims the opportunity to choose when and where they meet with prosecutors, and reaching out to let them know the status of their cases, and if they have been delayed.

“Because a lot of our court systems are only doing emergency functions, we are working closer with our victims’ advocates to help victims stay informed,” Jackson says.

Forensic nurse programs are doing everything they can to ensure patients seeking medical attention are screened and kept safe from COVID-19. Pierce-Weeks says nurses in some hospitals are conducting exams in areas of the hospital far from emergency departments or moving exam spaces to off-site clinics or smaller community health centers.

Jessica Birbeck is a forensic nurse at a critical access hospital in the rural community of Wellsboro in northern Pennsylvania. She says her program is connecting survivors with a local advocacy group via teleconference at the time of the exam.

“It’s still so important to still come in and seek medical care and to seek the exam, and we will take care of them,” Birbeck says.

Terri Poore, policy director of the National Alliance to End Sexual Violence, says close to 40% of the rape crisis centers her group surveyed had seen increased demand for services since the outbreak.

At the same time, there is an urgent need for emergency funding to make sure rape crisis centers can respond to survivors entering the justice system or seeking medical attention. Poore’s group says 89% of programs need emergency stimulus funding to respond to requests. Along with other advocates, the group has sent a letter to Congress seeking $100 million for the Department of Justice’s Sexual Assault Services Program “to assist rape crisis centers in transitioning to virtual services and meeting the emergency needs of survivors.”

Commander Leslie Parsons oversees the District of Columbia’s sexual assault unit. He says in March the police department saw fewer calls for service related to sexual assault compared to March 2019 but says the numbers are not significant.

He says police are taking steps to protect themselves and the public when answering service calls. Officers are outfitted with protective gear and are practicing social distancing. While the department has changed the way it responds to certain service calls, its guidelines for sexual assaults remain the same, he adds.

“We’re here, we’re ready to help and we will be responding,” Parsons says. “We’re able to conduct our interviews, take our reports, we’re able to link them with advocates and we’re able to facilitate their forensic nurse examination as normal.”