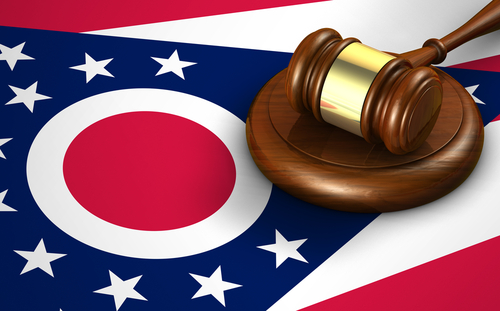 The Ohio Supreme Court has suspended a Cleveland municipal judge after a hearing panel concluded that she “ruled her courtroom in a reckless and cavalier manner” and “conducted business in a manner befitting a game show host.”

In an Oct. 18 opinion, the Ohio Supreme Court indefinitely suspended Judge Pinkey Suzanne Carr from the practice of law and immediately removed her from judicial office without pay. She must remain off the bench during her practice suspension.

Carr has been a Cleveland municipal court judge since January 2012. Before that, she was an assistant prosecuting attorney for Cuyahoga County, Ohio.

The Ohio Supreme Court said Carr had used holidays and birthdays as reasons to waive court fines and costs, had issued warrants for the arrest of defendants for missing hearings that she never told them about, had ignored an order to reschedule cases because of COVID-19, and had worn inappropriate outfits to court that included spandex shorts and T-shirts with slogans. 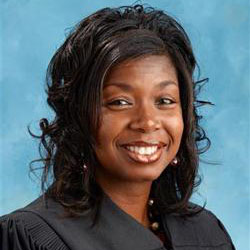 Carr did not follow the presiding judge’s order that rescheduled cases to help prevent the spread of COVID-19. When criminal defendants did not appear on their initial court dates, Carr issued warrants for their arrest and set bonds ranging from $2,500 to $10,000. Carr waived fines and court costs, however, for defendants she deemed to be “brave enough” to show up.

Carr falsely denied that she was issuing warrants for failure to appear to a TV station and the presiding judge.

Carr routinely conducted hearings when a prosecutor wasn’t present, so that she could avoid complying with safeguards. She also “unilaterally recommended” plea bargains to unrepresented defendants when no prosecutor was present and accepted the pleas “without explanation or discussion of the consequences,” the Ohio Supreme Court said.

In at least six of the 34 cases, Carr unilaterally amended charges against the defendant and falsely attributed the amended charges to prosecutors in her judgment entries.

In addition, Carr “frequently stated that she was waiving fines and costs based on the defendant’s birth date or its proximity to the date of the hearing, a holiday, her own birthday or the birth dates of her family and friends,” according to the Ohio Supreme Court.

• Improperly using warrants and bonds to compel payment of fines and costs.

Carr set hearings on defendants’ ability to pay fines and costs after they did not pay by the due date—without notifying the defendants or the clerk’s office. When defendants failed to appear, Carr would issue a warrant and set a bond between $2,500 and $25,000.

When Carr finally discontinued the no-notice hearings, she spelled out the B-word when giving this explanation in open court: “You notice I’m no longer the bill collector for the clerk’s office. I’m not your b- - - -. See, you get it? Collect your own money. There you go, player, mm-hmm. Collect your own money, player, mm-hmm. I’m not your b- - - -. Run tell that, mm-hmm. Mm-hmm. How you like them apples? Suckas.”

• Lack of decorum and dignity consistent with judicial office.

According to the Ohio Supreme Court, Carr “presided over her courtroom from a bench covered with an array of dolls, cups, novelty items and junk that her own counsel found to resemble a flea market.”

During one set of proceedings in open court, Carr talked to defendants and staff members about a TV series called P-Valley that is set in a Mississippi strip club. She routinely referred to one of her bailiffs as “Ms. Puddin” and announced that her P-Valley name would be “Passion.”

She also joked on multiple occasions that she would be amenable to some sort of bribe in exchange for lenience.

Carr later admitted that she abused her discretion by charging a defendant with contempt for rolling her eyes in court and cursing in the lockup. She also admitted that she “acted in a rude and discourteous manner and instigated the incident” that led her to cite the defendant for contempt a second time. She did not recuse herself from the contempt case.

Carr had argued that a mental disorder was a contributing cause of her conduct and should be considered a mitigating factor in her ethics case. She also noted that she has a clean disciplinary record and provided 57 character reference letters.

The state supreme court said, however, that there was no proof that her mental disorders caused her misconduct. She had been diagnosed with a generalized anxiety disorder and with a mood disorder because of menopause, sleep apnea and stress.

The Ohio Board of Professional Conduct had recommended a two-year suspension from practice and the bench. The Ohio Supreme Court rejected the recommendation as inadequate.

“Carr’s unprecedented misconduct involved more than 100 stipulated incidents that occurred over a period of approximately two years and encompassed repeated acts of dishonesty; the blatant and systematic disregard of due process, the law, court orders and local rules; the disrespectful treatment of court staff and litigants; and the abuse of capias warrants and the court’s contempt power,” the state supree court said. “That misconduct warrants an indefinite suspension from the practice of law.”

Two dissenters would have imposed the recommended two-year suspension.

Carr’s lawyer, Richard Koblentz, told Cleveland.com that they were disappointed with the severity of the sanction. He said Carr had acknowledged and apologized for her conduct.

Hat tip to Court News Ohio, the Legal Profession Blog, Law360, the Columbus Dispatch and Cleveland.com, which had coverage of the opinion.