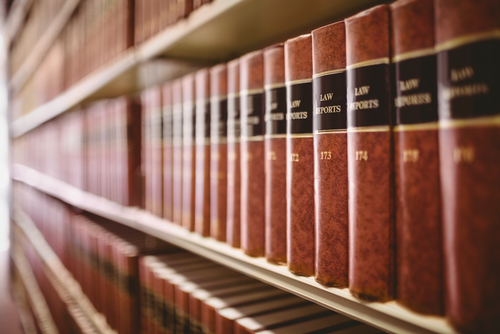 Law librarians have recognized rapid technological shifts in their profession and, as a result, plan to focus on new skills for the future, according to data released Tuesday by the American Association of Law Libraries.

The inaugural AALL State of the Profession 2019 report—which captures information from academic, government, law firm and corporate law libraries—shows that 27.4% of law firms or corporations have at least one active artificial intelligence initiative. Of those, 68.4% involve the library.

When asked which skills they plan to develop in the next two years, 56% of law firm and corporate law library employees said artificial intelligence or machine learning, 43.5% said data analytics and 42% said blockchain.

According to the report, 92.6% of government law library employees report that artificial intelligence or machine learning has already affected their workflow by automating routine tasks and opening up more opportunities for other work.

In the future, 48.6% will focus on staying current with emerging technologies, 41.1% on data visualization and 37.4% on data analytics.

A similar trend is seen in academic law libraries, where 39.3% of employees plan to develop skills in data analytics. The next two highest responses were data visualization, at 36.4%, and staying current with emerging technologies, at 34.6%.

“There is a lot of training going on for librarians to acquire skills in empirical research, statistical analysis, data analysis and visualization,” says AALL President Femi Cadmus. “If I open this state of the profession survey and see where those are trending, I would upgrade my skills in that direction.”

Cadmus points out that the AALL collected information about academic law libraries through the ABA in previous years, but never analyzed data or tracked trends in law firm, corporate or government law libraries. An AALL advisory group created and sent surveys for each of the library segments in November in an effort to understand the challenges and opportunities facing the entire legal information profession.

Of the 3,261 participants who received the survey, 883 completed it, representing a 27.1% response rate.

“I think that goes to show how much legal information professionals cherish information and understand the value of information, and in a selfish way, we know this will be helpful in terms of benchmarking and evaluating our skills, understanding the landscape and planning strategically for the future,” Cadmus says.

The AALL State of the Profession 2019 report provides insight into how libraries are faring financially, showing that academic law libraries suffered from reductions in budgets, while law firm, corporate and government law libraries saw only slight increases.

As a result, 57.1% of employees in academic law libraries report leaving open positions unfilled and 23.8% report layoffs in response to budget cuts in the past five years.

Government law libraries’ budgets increased 2.89% from 2013 to 2018, when they reported an average budget of a little more than $1 million, according to the data.

Law libraries will focus more on the acquisition of digital collections and electronic resources, particularly as their physical space continues to decrease, Cadmus says. They will also increase collaboration and share more resources as budgets decrease or remain relatively stagnant, she says.

In addition to other quantitative data on user services, technology services, operations and partnerships, the report provides statistics on library employees’ job satisfaction.

According to the data, 82.1% of academic employees, 89% of government employees and 76.8% of law firm and corporate employees report being satisfied or very satisfied with their roles.

However, 66.8% of academic employees, 61.7% of government employees and 65.1% of law firm and corporate employees also report a lack of advancement opportunities at their current organizations.

“Are people happy?” Cadmus says. “Are there opportunities for upward mobility? Should we restructure personnel in libraries? The report is chock-full of opportunities to reverse the course of things if the libraries aren’t going in the right direction.”

Cadmus notes that the report can also help law firm and corporate library employees understand how academic and government law libraries are training and interacting with future lawyers who may eventually be directed to their institutions.

According to an AALL press release, a complimentary AALL State of the Profession 2019 Snapshot offers an introduction to the full report. The full report can be purchased through the AALL’s website.