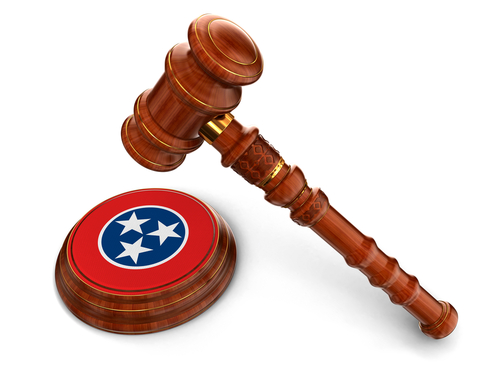 A foreign-educated lawyer with an LLM from a U.S. university has won admission to practice in Tennessee, thanks to a ruling by the state supreme court.

The Tennessee Supreme Court ruled for Violaine Panasci in a Sept. 16 order.

The Tennessee Board of Law Examiners refused in March to admit Panasci to practice in the state, even though she had a JD from the University of Ottawa, an LLM from Pace University and a score in the upper 90th percentile of the Uniform Bar Examination, according to an Aug. 22 op-ed in the Tennessean by Panasci.

She was also licensed as a New York lawyer. She had sought admission in Tennessee based on a transferred UBE score after joining her significant other in Nashville, Tennessee.

The law examiners had concluded that Panasci didn’t meet the requirements for foreign-educated applicants because her academic path was not equivalent to that of U.S. law graduates, and her undergraduate degree had too many “law-related studies,” Panasci said in the op-ed.

Panasci said in the op-ed she wanted the Tennessee Supreme Court to put an end to the law examiners’ “arbitrary application of licensing rules” and to clarify the “substantial equivalence” standard for foreign lawyers.

The Tennessee Supreme Court noted Panasci’s educational background and said her UBE score exceeds the score needed for admission in the state. Her background should not prevent her admission to the bar based on the requirements of the admission rule for foreign lawyers, the state supreme court said.

The Goldwater Institute, a public policy and research foundation, had supported Panasci in an amicus brief, joined by the Beacon Center of Tennessee, a nonprofit public interest organization based in Nashville, Tennessee; and the Southeastern Legal Foundation, a nonprofit legal organization.

A Sept. 21 press release from the Goldwater Institute described the Tennessee Supreme Court’s decision as a “victory for the right to earn a living.”

“I’m pleased the Tennessee Supreme Court has ruled against the board’s bureaucratic, arbitrary approach toward denying my right to earn a living,” Panasci said in the Goldwater Institute’s press release. “I worked hard to obtain a legal education and am proud of my competency as an attorney—and I look forward to finally putting my skills to practice in Tennessee.”