The ABA Standing Committee on Legal Aid and Indigent Defense is celebrating its 100th anniversary by also celebrating the contributions two young lawyers have made to advance access to justice in their communities.

“One of the things we hope to do is shine a light on the critical importance of legal services for the poor,” says Theodore Howard, the chair of SCLAID and pro bono partner at Wiley Rein. “One of the motivating factors behind the creation of these awards, which Amalia and Kallie were honored with, was to focus attention on and celebrate the activities of younger lawyers who are really making a difference in this space.

“They will be the kinds of leaders that we will be recognizing 20 years, 30 years from now as having made a huge impact on access to justice.”

In addition to honoring lawyers in civil legal aid and public defense practices, the award also carries a scholarship component to defray their student loan expenses. An ABA press release with information is here. 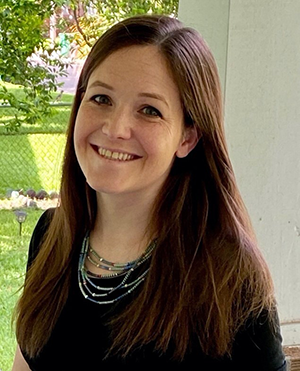 Beckner was recognized by SCLAID for her work in addressing the limited educational programming in the Harris County Jail in Houston. The UCLA School of Law graduate began bringing reading materials to her clients several years ago and started a crowdfunding campaign to purchase even more books for inmates in 2018.

By that fall, she had assisted in the donation of nearly 1,000 books to the jail.

“For people who are sitting in the jail for months and months on end, sometimes something as simple as getting additional reading material can help break up the really traumatic experience of being there for that long,” says Beckner, who continues to send books to clients who request them. “It’s one very small way of making a difference for people.”

The head chaplain of the Harris County Sheriff’s Office also noticed Beckner’s efforts and asked if she could help the women in a maximum security unit who were not given access to any educational programs. She responded by starting a book club, meeting with as many as 20 women every two weeks to discuss books including An American Marriage by Tayari Jones and The Hate U Give by Angie Thomas.

The book club is on hiatus because of COVID-19, but she hopes to restart it soon.

“I was really flattered to receive this award and hope maybe it’ll bring some additional attention to the need for greater educational programming within jails around the U.S.,” Beckner says. “Ultimately, that is the goal.” 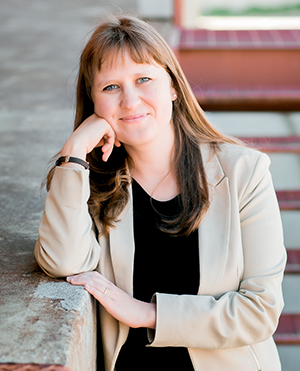 Dale-Ramos, a native of Helena, Montana, was chosen for the Centennial Access to Justice Award for her role in building the Montana Health Justice Partnership, an innovative medical-legal partnership that works with a statewide primary care association to specifically target multiple rural communities.

She returned home after graduating from the University of Texas School of Law and began working at the Montana Legal Services Association to help low-income residents with their legal needs in 2016. Within the year, she started on the MHJP pilot project, coordinating with the Montana Primary Care Association and four community health centers, creating training materials and providing training to staff at the centers.

Prior to the pandemic, Dale-Ramos was driving to each community health center—some up to five hours away from her office—every other week on a rotating basis. She and other legal services staff have now helped more than 1,300 patients and their families with legal issues in areas including housing law, public benefits and education access.

“For our clients, having that connection to their health care center where they know the people and they trust them, and us being able to leverage that relationship, really allows us to have contact with those who would have been hesitant to call some number in Helena,” she says. “And they certainly weren’t getting online and doing our online application.”

Dale-Ramos adds that working in the MHJP allows her to be a better attorney because she has become more familiar with resources in her communities and can provide wraparound services to her clients.

“It felt great to receive this award because I think this project is really amazing,” she says. “It has a lot to do with the structure of the MLSA and the freedom I have been given to create this program even though I was fresh out of law school. Everyone involved helped me to do that.” 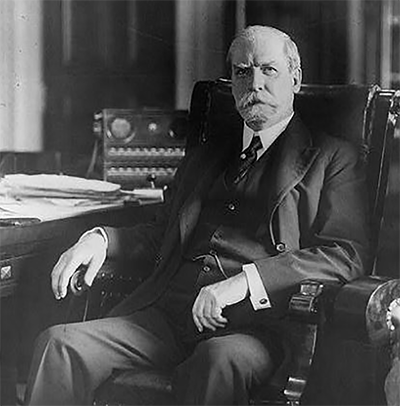 SCLAID, the ABA’s oldest standing committee, was established in 1920 under the guidance of Charles Evans Hughes, a former U.S. Supreme Court justice and president of the Legal Aid Society in New York. According to a timeline of the standing committee’s history, Hughes was inspired by Justice and the Poor, written by Reginald Heber Smith, and called on the association to make legal aid one of its top responsibilities.

In also focusing on the defense of indigent individuals accused of crimes, the standing committee advanced policy positions that preceded the U.S. Supreme Court’s 1963 decisions in Gideon v. Wainwright, which held that indigent defendants were entitled to the right to counsel in all felony cases, and Douglas v. California, which established the right to counsel on first appeal.

“For 100 years, SCLAID’s active advocacy, hard work and leadership in the pursuit of access to justice has been a cornerstone of the ABA’s mission to advance the rule of law,” ABA President Patricia Lee Refo said in a statement provided to the ABA Journal. “SCLAID’s long list of accomplishments and hard-fought gains over the last century in pursuit of equality in our justice system makes the ABA justifiably proud.

“As we move ahead, SCLAID will continue to be a critical part of the ABA’s ongoing national leadership in the access-to-justice movement.”

More information about SCLAID and its 100th anniversary can be found on its centennial website.