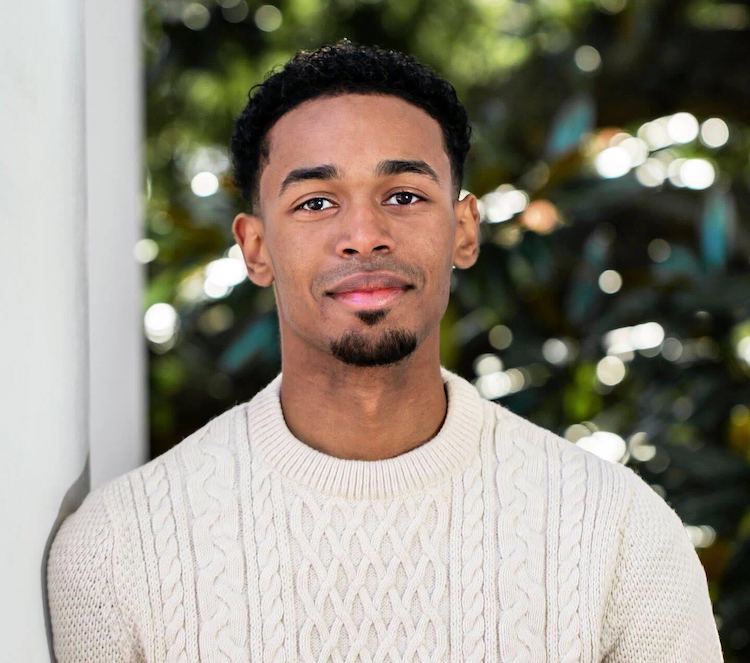 “People say I take notes differently, I learn differently. People say in general I have a peculiar way of doing things, but it always worked for me,” Staton, 24, says.

According to him, embracing that in college is a significant reason why he went from having a “low 2.0 grade point average” as a teenager to being admitted to Harvard Law School for the fall 2020 entering class.

A two-minute video of him clicking his law school acceptance letter went viral following a July Washington Post article about his story.

Staton, who lives in Maryland, was raised by a single father who worked three jobs. The family was financial insecure, and their home had black mold. They also had no health insurance. Staton had dreams of being a professional boxer in high school, but they were TKO’d due to digestive issues and rotator cuff injuries.

All of those things, in addition to teachers who had little faith in his academic abilities, explain why he didn’t do well in high school, Staton says.

“When I took the SAT, I got a 1040 out of 2400. That says, ‘We don’t expect you to do well in college.’ I was very happy to say that test was wrong,” says Staton, who in college learned he studies best in small spaces. Sometimes he’d use his home bathroom.

“The library was supercrowded. I would have to go into areas that were very remote, where I could zone in and do my work,” says Staton, who initially was not accepted to any college he applied to. A Bowie State University psychology professor who Staton met through a sanitation job with Bates Trucking & Trash Removal, helped him successfully appeal the historically Black college’s admission decision.

The professor, whom Staton says does not want to be named, continued to help him at Bowie State. That included reading assignments. The first were about boxing; the professor wanted to start the freshman with something he was interested in. From there, Staton read Black history books as well as articles from the Wall Street Journal and the Economist.

“I had to read books consistently. It got me into more of a logical framework, and I learned the process and system from looking at written language,” says Staton, who also got a math tutor. By the end of his freshman year he had a 3.75 GPA, and his friends group included other top students at the university.

“People took me under their wing and taught me how to study,” he says. “I had access to resources, and people believed in me. That helped from an emotional standpoint.”

After two years at Bowie State, Staton transferred to the University of Maryland on the advice of the professor, who thought his mentee needed a bigger challenge. His father suffered a stroke while Staton was in college, but the determined student continued to work as a trash collector in the mornings before class. In 2018, Staton graduated from the University of Maryland with a 3.8 GPA.

Today, Staton works as an analyst with the Robert Bobb group, a minority-owned consulting firm in Washington, D.C. The work allowed him to pay for a LSAT prep class, and he also got study materials from people he met while visiting Harvard.

Family helped, too. In Staton’s video, he’s seated on the couch next to his older brother, Reggie, who was also a Bowie State student but dropped out so his younger sibling could go to college. The two both had jobs as sanitation workers. When Staton wasn’t sure if he should apply to law school, his older brother bought him a Harvard sweater for encouragement.