What is a writ of replevin? It's being used by the DOJ against former White House adviser 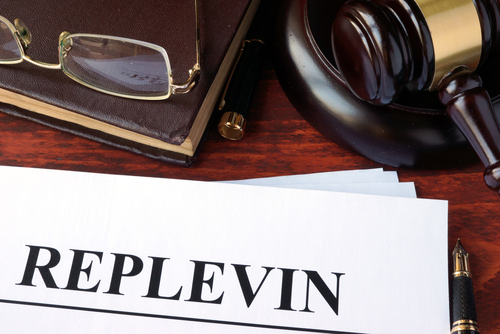 Updated: Writs of replevin have been used by creditors to recover collateral, such as cars; by tenants or landlords to recover property taken by the other; by businesses to recover items taken by employees; and by people seeking the return of pets after a breakup.

It’s also being cited by the U.S. Department of Justice in a lawsuit against former senior White House adviser Peter K. Navarro seeking the return of emails from his private email account. A motion for summary judgment filed Sept. 26 claims that Navarro used ProtonMail, an encrypted email service, and possibly other private accounts to send and receive messages “in the course of discharging his official duties” to assist former President Donald Trump.

According to the motion, the emails are presidential records belonging to the government under the Presidential Records Act.

The motion cited a definition of replevin in a District of Columbia law. The statute allows replevin “to recover personal property to which the plaintiff is entitled, that … [has] been wrongfully taken by or to be in the possession of and wrongfully detained by the defendant.”

Federal common law also recognizes writs of replevin, according to the suit.

According to the suit, Navarro has refused to turn over the records “absent a grant of immunity for the act of returning such records.”

A lawyer for Navarro previously told the Hill that Navarro “has never refused to provide records to the government. As detailed in our recent letter to the Archives, Mr. Navarro instructed his lawyers to preserve all such records, and he expects the government to follow standard processes in good faith to allow him to produce records.”

The United States has sought writs of replevin before, according to the suit. One suit sought the return of a handwritten pardon drafted by former President Abraham Lincoln. Another sought a map of Cuba with notations made by former President John F. Kennedy during the Cuban Missile Crisis and Kennedy’s papers about federal involvement in integration at the University of Mississippi.

Writs of replevin have also been used by state and local archivists to recover public records in private hands, according to a 2014 doctoral dissertation by Eleanor Mattern, now the director of the Sara Fine Institute at the University of Pittsburgh’s School of Computing and Information.

She cited an early 1868 case in which New York City sought return of a 1785 letter written by former President George Washington thanking the mayor and aldermen for an honor that he received. New York City successfully sued a private individual for its return.

This isn’t the only litigation over government emails, Mattern told the ABA Journal in an email. She notes a 2007 case filed by the National Security Archive at George Washington University seeking the recovery and preservation of deleted emails during the George W. Bush administration. Jones Day represented the nongovernmental archive in the case.

According to CNN, the suit followed revelations that public records regarding the firing of nine U.S. attorneys were sent using an email domain managed by the Republican National Committee. When congressional committees sought those records, the Bush White House revealed that millions of emails might have been lost, according to coverage at the time by CNN.

The suit was resolved in 2009 as a result of an agreement with the Obama administration.

Hat tip to @nycsouthpaw and @ZoeTillman, which noted the Sept. 26 legal filing.

Publications with coverage include CNN and Axios.

Updated Sept. 27 at 4:40 p.m. to include information on the email suit against the George W. Bush administration.