A seismic shift in how the US wages war, and what it means for the American public (podcast) 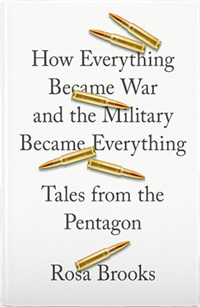 How Everything Became War, and the Military Became Everything
List price: $29.95
August 2016

What is war? Is it a state that is entirely distinct from peace? Has it changed over the years to become something else? In this episode of the Modern Law Library, Georgetown University law professor Rosa Books shares the experiences she had in the U.S. government that led her to write her new book, How Everything Became War and the Military Became Everything: Tales from the Pentagon.

Brooks discusses the post-9/11 changes that shifted the thinking of both the military and the legal community when it came to the laws of war, particularly unconventional warfare like drone strikes. The military has been the recipient of both more funds and weightier expectations as it’s called upon to perform tasks that traditionally would have been the province of civilian government and the diplomatic corps. As a state of no-traditional warfare seems to have become a permanent fixture, does the traditional divide between civilian and military justice still make sense? And how can the American public hold the government accountable when an increasing amount of information about its workings is secret? 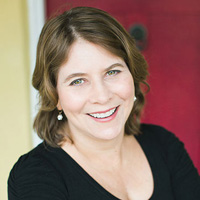 Rosa Brooks is a senior fellow at the New America Foundation, a columnist for Foreign Policy, and a law professor at Georgetown University. She previously worked at the Pentagon as counselor to the under secretary of Defense for policy; in 2011, she was awarded the Secretary of Defense Medal for Outstanding Public Service. Brooks has also served as a senior adviser at the U.S. Department of State, a consultant for Human Rights Watch, and a weekly opinion columnist for the Los Angeles Times.