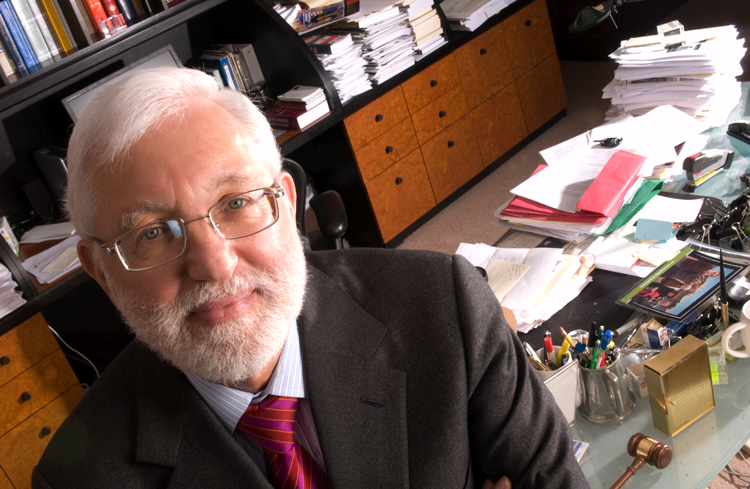 Jed Rakoff tells me that he has “the world’s greatest job.” Lucky for him, he can have it for life.

Rakoff’s good fortune is to be a U.S. district judge. Next month, he’ll celebrate his 25th year at it.

The jurist for the Southern District of New York attributes his enjoyment to whom he represents. “I cannot tell you how satisfying it is,” he says, “to have the rule of law as your client.”

But Rakoff is no Pollyanna. His client is unwell. This he tells us in his new book, Why the Innocent Plead Guilty and the Guilty Go Free. But wait—the diagnosis gets bleaker. There’s a subtitle: And Other Paradoxes of our Broken Legal System.

Over the course of an hourlong phone interview from his chambers at the Daniel Patrick Moynihan U.S. Courthouse in lower Manhattan, the 77-year-old Clinton appointee, now on senior status, held court on a variety of subjects, including some of the system’s most serious ills, his road to publishing a 200-page dissection of them and the impact of the pandemic on trial practice.

It is true that some innocent people plead guilty. And some guilty go free. But is a sitting federal judge really allowed to say that? What about a 10-page chapter with this cheery-sounding title: “Don’t Count on the Courts.” However, Rakoff is not misbehaving.

He points me to the Code of Conduct for federal judges, which, he explains, “encourages judges, in the area of the administration of justice, to speak out when they think there are important improvements that need to be made.”

“I agree that members of the judiciary should be restrained,” Rakoff says. “But I don’t think that’s the same as saying they should be silenced.” Despite the code’s invitation to judges to lend their voices as appropriate, Rakoff acknowledges that some have a “hesitancy” to pick up that mantle. He credits that to the “image that some judges want to have of themselves and the judiciary.”

“Having said that, my colleagues have always been very supportive,” Rakoff tells me. He pauses, and then adds: “At least to my face.”

Experience on both sides of the courtroom

Rakoff, a Philadelphia native and graduate of the city’s prestigious Central High, made his way to Harvard Law School. Early in his career he served a seven-year stint as an assistant U.S. attorney for the Southern District of New York, for some of that time as chief of the Business and Securities Fraud Prosecutions Unit.

The would-be judge then turned to criminal defense for a decade and a half, working at the now-defunct Mudge Rose Guthrie Alexander & Ferdon and later at Fried, Frank, Harris, Shriver & Jacobson.

When Rakoff took the bench, he brought experience from both sides of the courtroom. But making decisions contrary to various positons that he had advocated as a lawyer caused no dissonance. “When you put on the robe, it’s like putting on a different cast of mind,” Rakoff says. “You mentally say ‘OK, whatever my opinions may have been when I argued that case a lawyer, my job now is to be neutral, to be fair and to be unbiased.’”

After a quarter century on the federal bench, not to mention in Manhattan, Rakoff has presided over a long list of high-profile cases, many involving securities law. In 2011, he famously put the kibosh on a $285 million proposed settlement between the Securities and Exchange Commission and Citigroup over the sale of toxic securities.

Rakoff called the settlement, which was related to the 2008 financial crisis, “neither fair, nor reasonable, nor adequate, nor in the public interest.” The New York City-based 2nd U.S. Circuit Court of Appeals vacated the judge’s order.

Fortune magazine named Rakoff one of 2014’s world’s 50 greatest leaders on account of his “bold stand” with that decision. He came in at 50th. Pope Francis took the top spot. “My lawyer assures me I actually won in a landslide,” Rakoff quips.

I ask Rakoff what he thinks lawyers say to themselves upon learning that their case has been assigned to him. He lets out a laugh. “I can’t repeat on this recorded conversation what I think they say.”

“I run a very swift docket,” he tells me. “I move my cases very rapidly. I learned the benefits of that as a lawyer, where I saw cases just bogged down for years. I was determined, from the day I went on the bench, that I was not going to allow that to happen in my cases. So, I think the first reaction most lawyers have … is, ‘Oh my gosh, it’s Judge Rakoff, I’m going to really have to work hard, because it’s going to move very rapidly.’”

Speaking his mind on the system’s flaws

Rakoff didn’t always share his views outside the courtroom. “My own thinking evolved,” he tells me. He recalls his initial reflection on the idea: “Gee, I don’t know if judges should be doing that.” But Rakoff eventually made a sharp pivot. “What really brought me around,” he says, “was seeing so many cases where I thought the legal system had broken down.” 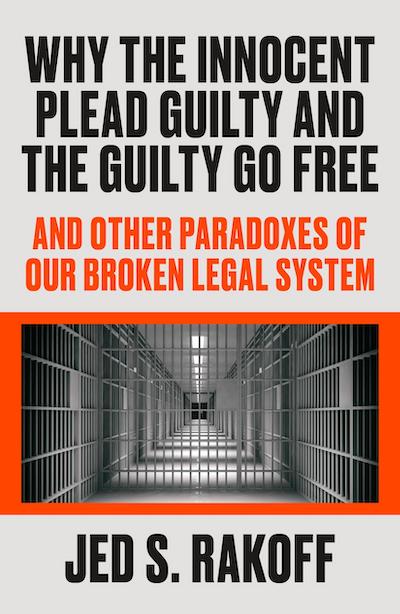 The financial crisis led to Rakoff’s first disquisition. In 2014, he penned an essay for the New York Review of Books addressing what he tells me was his “dismay and anger” over the lack of prosecutions for the fraud that led to the Great Recession.

“That was where I dipped my toe in the water, so to speak,” Rakoff says.

Many more essays for the publication followed, with Rakoff expressing his views on all manner of flaws that he saw in the legal system. Now, seven years later, Rakoff is fully submerged. His new book, at times scathing, provides readers one-stop-shopping for what he has learned about the justice system during his long stretch on the bench.

Rakoff kicks it off with “the scourge of mass incarcerations.” For this, he takes aim at lengthy mandatory minimum sentences and the federal sentencing guidelines. While not mandatory, the guidelines serve as a starting point for a judge’s formulation of a sentence.

Long sentences, Rakoff says, cause some innocent people to plead guilty. The potential period of incarceration if found guilty is simply too great compared to what is being offered in a plea bargain. As a result, Rakoff says in Chapter 2, prosecutors are provided with “weapons to bludgeon defendants into effectively coerced plea bargains.”

Rakoff also has much to say about capital punishment, just as he did in his highly publicized 2002 decision in United States v. Quinones. There, adopting a rationale not addressed by any party, Rakoff concluded that the federal death penalty is unconstitutional on account of violating the due process clause. As Rakoff saw it, people never loses the right to prove their innocence. But if executed, they would.

The appeals court was not convinced. “I was reversed promptly by the 2nd Circuit,” Rakoff tells me. “I knew the likelihood [was] that that would happen.”

Other subjects Rakoff takes on in his new title include the failures of forensic science, why eyewitness testimony is so often wrong, why high-level executives often escape prosecution and what he calls “the war on terror’s war on law.”

Rakoff also offers various solutions to the problems he identifies while recognizing that some of the system’s ailments have a better chance than others of being cured.

You could fill a library with books addressing the legal system’s maladies. What makes Rakoff’s different? You find yourself reading more intently if you are also asking yourself, suspiciously: “Is he really allowed to say it?”

Working through the pandemic and beyond

Rakoff, an admitted workaholic, has been going to the courthouse every day during the pandemic. “It’s the least I can do to preserve my wife’s sanity,” he says.

Since the pandemic began, Rakoff says he has conducted about 500 hearings via Zoom. On the longer-term impact of COVID-19, I ask Rakoff to look into his crystal ball. He sees changes, “but not hugely.”

Rakoff speculates that “you’ll see many more motions argued remotely when out-of-town lawyers are involved.” Are there differences in Zoom hearings? “Yes,” Rakoff says. “You don’t pick up the body language in quite the same way as you do in open court.”

But Rakoff sees “most of the differences [in] cases where there are witnesses.” From the bench trials he has conducted, he concludes that “it is harder to assess credibility when the person is not right there. You are not getting the full picture.” He expects that, after the pandemic, proceedings with witnesses will return to the courtroom.

I point out to Rakoff that his silver anniversary on the bench is at hand. And his new book feels like a career capstone. Rakoff sees where I am going. He cuts me off before I can get to the question.

Randy Maniloff is a lawyer at White and Williams in Philadelphia and an adjunct professor at the Temple University Beasley School of Law. He runs the website CoverageOpinions.info.