When Raffi Melkonian started #AppellateTwitter, he didn’t know it would become a strong community 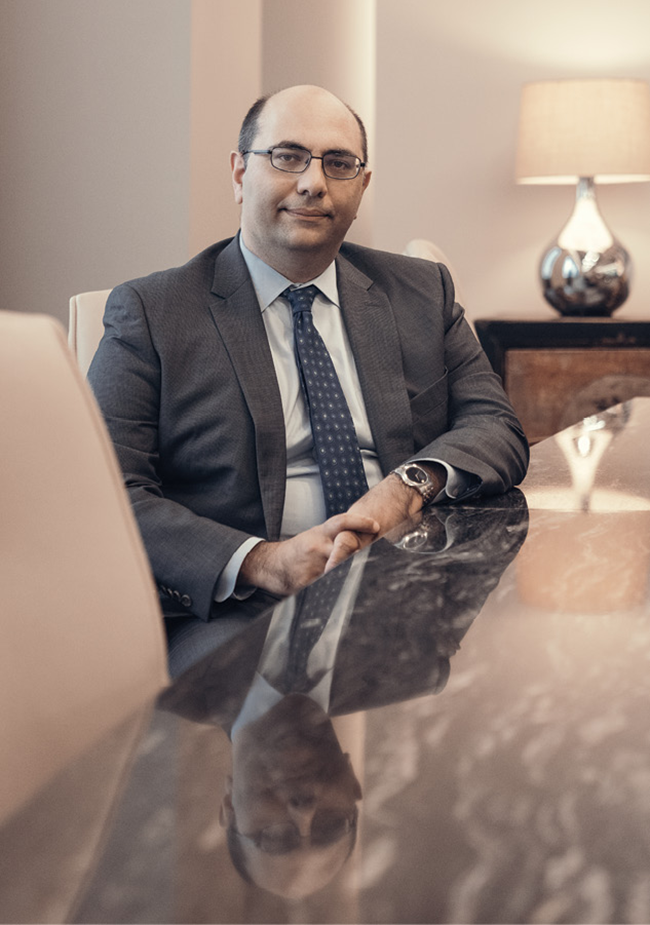 In the lead-up to Raffi Melkonian's first-ever oral argument before the U.S. Supreme Court three years ago, the Houston-based appellate lawyer shared on Twitter how he was preparing for his big day. Members of the #AppellateTwitter community from across the country responded with both substantive advice about appearing before the nation's highest court and practical tips such as bringing quarters so he could use one of the court's lockers to stow his belongings.

And when Melkonian made his argument in April 2019, a number of his friends and contacts from #AppellateTwitter were in attendance to support him, which he says provided an additional morale boost.

“It was wonderful to walk into the Supreme Court building and have people in line who knew me from Twitter and were like, ‘Welcome. We’re excited to see you,’” says Melkonian, who is 42 and a partner at Wright Close & Barger.

Melkonian’s client ultimately prevailed in the high court’s unanimous Fort Bend County v. Davis decision, which held that a requirement that workplace discrimination plaintiffs exhaust all administrative remedies before bringing a Title VII lawsuit can be waived. He says the outpouring of support he received was emblematic of the strong #AppellateTwitter community he and others have helped build.

“I can call a lawyer in almost any state where there’s a significant appellate practice, and I know someone there,” Melkonian says. “We can all learn from each other and share tips and experiences.”

Ironically, it was his 2016 tweet about a different gathering in the nation’s capital that launched the now well-known hashtag in the legal profession. “#AppellateTwitter is having a DC powwow. We provincials will watch from afar,” Melkonian, whose Twitter handle is @RMFifthCircuit, wrote on June 8, 2016.

He says he had no idea the hashtag would ultimately snowball into a forum for members of the appellate bar to build meaningful connections, provide practice advice and share insights on the pressing legal topics of the day.

Sean Marotta, 37, a partner at Hogan Lovells in D.C. and another longtime #AppellateTwitter contributor via his handle, @smmarotta, says he, too, has experienced professional and personal benefits from his engagement with other appellate lawyers on Twitter. For example, when he had a case in a New Mexico state appellate court for the first time, he contacted an #AppellateTwitter connection who was able to provide him with some model briefs from those courts.

Marotta also says he met his best friend, Goodwin Procter partner Jaime Santos (@Jaime_ASantos), through the community the Twitter hashtag has built. Such camaraderie with peers is important in a line of practice that can be quite solitary at times.

“People tend to go into appellate work because they are huge nerds,” Marotta says. “So having other people that you can nerd out about appellate stuff with is really important.”

Meanwhile, #AppellateTwitter has also sparked spinoff accounts and hashtags, including #AppellateJobs for those looking for that type of work. Additionally, Marotta and University of North Carolina School of Law clinical assistant professor Rachel Gurvich created #PracticeTuesday to share advice for law students, attorneys, and professors.

Members of #AppellateTwitter also frequently have commented on high-profile litigation that makes its way to the appellate courts and generates news headlines. For example, Melkonian consistently tweeted about the various lawsuits President Donald Trump’s campaign and others filed challenging election results in several key states in which Joe Biden defeated Trump in the 2020 race.

“On that issue, which I felt went to the center of American democracy, I thought it was important for me to engage,” Melkonian says.

Melkonian says he noticed his Twitter follower count quickly grow during that time as his tweets attracted interest among those outside of the legal community, and his goal was to break down for laypeople the merits of the arguments being put forward in court.

Marotta says he had a similar experience of drawing in new followers when he tweeted early on in the Trump administration about its travel ban barring visitors from several countries.

And as a result of courts livestreaming their remote proceedings amid the COVID-19 pandemic, Marotta says he and other members of the appellate bar have begun to live-tweet about oral arguments as well. “I think as courts go more online, there’s an opportunity for #AppellateTwitter to explain in real time what is going on in the courts,” he says.

When he is not tweeting during his free time, Marotta enjoys playing with his two young children and occasionally playing PlayStation 5. Melkonian also enjoys spending time with his family, cooking and reading history.