When you ask Randi Mayes about the future of technology in law firms, she says its growth will stem from attorneys' behavior rather than specific product offerings.


“The real possibility for change in the future sits more with the mindset,” says Mayes, the executive director of the International Legal Technology Association. “It’s all about the law firm adopting its client’s worldview and innovating service delivery with those views in mind.”

After helping to found the ITLA 36 years ago, Mayes, 64, is planning for retirement in 2017. She is the ABA Journal’s last Legal Rebels Trailblazer of 2016.

“I hope I’ll be able to travel and enjoy a lot of little pleasures,” says Mayes, who’s based in Austin, Texas. “I’ll still stay connected to the community in some way.”

A former teacher who, at one point, thought she wanted to become a lawyer—thanks to the TV drama Perry Mason—Mayes started to work at law firms to see whether being an attorney would be a good fit.

“I was disabused of that notion fairly quickly, but I was then drawn to the business side of the firm—most specifically its move toward computerization,” she says.

Before she became ILTA’s executive director, Mayes worked for the Texas law firms Brown McCarroll (which merged with Husch Blackwell in 2013) and Small, Craig & Werkenthin.

Mayes started working for law firms in the early days of word processing. That, along with the computerization of time entry, were “absolute game changers” for the profession, she says. Artificial intelligence and data analytics tools could make the practice of law very different in the future, she adds.

“Technology has affected both the business side as well as the practice side in many ways,” Mayes says. “It’s so embedded in so many things we do; it’s hard to call it technology anymore.” 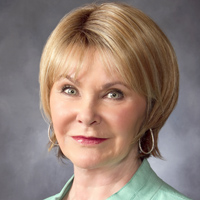 Randi Mayes is the founder and executive director of the International Legal Technology Association. She has also worked for worked for the Texas law firms Brown McCarroll (which merged with Husch Blackwell in 2013) and Small, Craig & Werkenthin. She lives in Austin, Texas.