When the novel coronavirus began sweeping across the U.S. earlier this year, Nebraska’s judicial system was better prepared to rapidly adjust its operations than some of its counterparts in other states.

Michael G. Heavican, the chief justice of the Nebraska Supreme Court, attributes this to the National Pandemic Summit that he hosted in May 2019 for court leaders across the country.

Heavican says the topic of pandemics had been on the National Center for State Courts’ radar for some time, and he was on a center committee examining how state courts could prepare for a major public health crisis. This sparked his desire to host a national pandemic preparedness event in Nebraska.

“Because I wanted to have our state courts especially ready and because I wanted to sort of showcase the University of Nebraska Medical Center’s system, I thought it would be great to host a national [summit],” Heavican says. “And, fortunately, the National Center [for State Courts] sponsored that, along with some other folks, and we were able to get it accomplished.”

Looking back now, the chief justice says the event “was fabulous because it was very timely.”

One topic of discussion was the importance of courts creating “bench books” outlining how they would tackle issues likely to arise during a pandemic, such as community quarantines or even statewide stay-at-home orders.

Heavican says in the aftermath of the national conference, the Nebraska courts system produced a bench book for judges statewide that also included information about responding to petitions for a writ of habeas corpus amid a pandemic and addressing legal challenges to a government-ordered quarantine.

He wishes that the state’s judicial system had done even more to engage with trial court judges and other community leaders about the logistics involved with implementing a community quarantine.

But once COVID-19 started hitting the U.S. hard, Heavican says court leaders in other states began contacting Nebraska for guidance and requesting its bench book.

Meanwhile, Heavican advised courts in his state’s 93 counties to utilize technology to maintain essential operations during the pandemic that has resulted in stay-at-home orders and social distancing guidelines.

The state has also sped up efforts to fully transition to mandatory e-filing. Overall, Heavican says, he has been amazed by how his state’s courts have adapted during the coronavirus crisis.

“We would have been in great trouble even five years ago because we would not have had all of these technology options available which we do today,” he says.

Heavican expects that the state’s courts will continue to use video technology for many hearings, even after the COVID-19 pandemic subsides, because of the convenience that it provides for lawyers and parties who otherwise have to travel long distances to appear in person.

For example, he says, there are attorneys who live six or seven hours away from the Nebraska Supreme Court in the state’s capital city of Lincoln. They are likely to request to appear by video instead of having to spend many hours on the road and one night in a hotel to make a brief morning appearance before his court, he says.

Additionally, Heavican expresses hope that one of the major lessons that courts will take away from the pandemic is the necessity of pursuing innovation. He says this mindset is particularly important for the legal industry to embrace because it too often has lagged behind other sectors in recognizing the power of technology.

“We had lots of folks dragging their feet on that concept, but I think now [they] will say to themselves: ‘You know, the idea that courts are really behind the times maybe was correct, and maybe we need to do some things to move the courts forward into the 21st century,’ ” Heavican says. 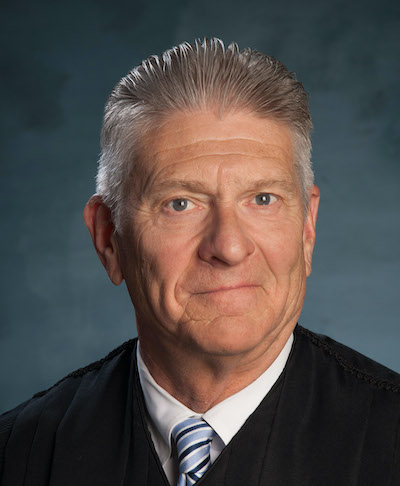