Advocates are fighting to outlaw adult marriages to minors 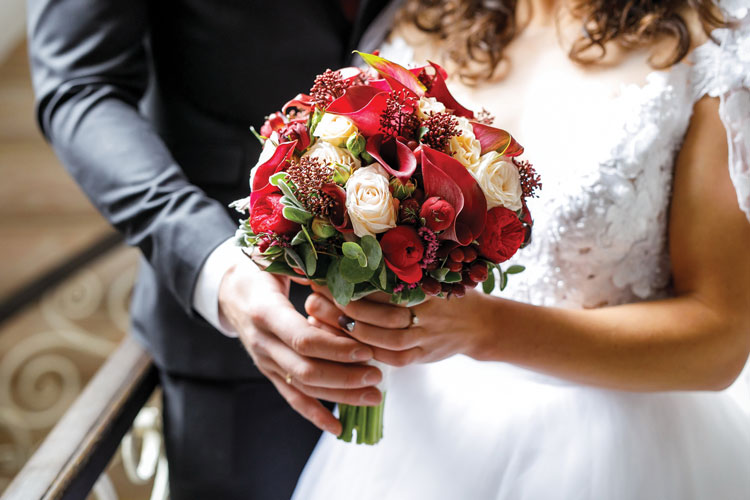 On her TV show last summer, comedian Samantha Bee told the story of a teenage girl, Cassandra Levesque, who learned about child marriage laws at a Girl Scouts conference. Cassandra was upset after discovering that most states allow girls as young as 13—and boys as young as 14—to be married with the simple consent of a judge.

Cassandra promptly started work on a Scout project to craft legislation in her home state, New Hampshire, that would raise the minimum age to 18. State Rep. David Bates, a Republican, did not appreciate her help. “We’re asking the legislature ... to repeal a law that has been on the books for over a century, that has been working without any difficulty, on the basis of the request from a minor who’s doing a Girl Scout project,” the granite-haired legislator said. Bee screwed up her face in mock horror. “Yeah, what does she know? She’s just a minor. She shouldn’t get to make a decision about something as important as marriage!”

Child marriage, of course, is no joke. Worldwide, the nonprofit Tahirih Justice Center estimates that more than 14 million girls under age 18 will marry each year during the next decade—the vast majority against their will. One would think that such a situation would be outlawed in the United States. Not so. Tahirih looked at the results of a 2011 survey of about 25,000 U.S. women. It discovered that about 9 percent of all married women were younger than 18. Projecting nationally, the research estimated that 9.4 million had married at 16 or younger.

“We were shocked,” says Jeanne Smoot, senior counsel for policy and strategy at Tahirih. “Virginia was the bottom of the barrel. There was no lower age limit, and some girls had married with startling age differences. Another shocking realization was how at odds these minimal-age marriage laws were with laws aimed to protect children, such as statutory rape.”

Between 2000 and 2015, according to Tahirih’s latest tally, more than 200,000 people younger than 18 were married in the United States. The number of states that allow child marriage, meanwhile, has dropped a tad—thanks to intense lobbying efforts by Tahirih, as well as groups such as Unchained at Last, a nonprofit that helps women and girls escape arranged and forced marriages and works to end child marriage.

Virginia is now one of three states (Texas and New York are the others) that forbid under-18 marriages—with the exception being minors fully emancipated by a court. (A minor is emancipated when a judge, at the request of the youth or parents, finds the minor mature and capable of self-sufficiency; standards vary widely.)

A half-dozen other states are slated to consider legislation soon, according to Smoot, although it is often a complex uphill struggle.

Outright hostility to minimum-age marriage laws might be rare; more often the roadblock is ignorance. “It’s an education issue,” says Vanessa Atterbeary, a Maryland legislator who sponsored a bill in her home state. “Few people understand how many children get married and how widespread the abuse is.” She got involved when friends of a young teen expressed concern and kept calling her office to report the teen’s marriage to a man in his 50s. “They wanted to know: ‘Isn’t there a law?’ ” she says.

In Maryland, there almost is. An under-18 ban passed in the House by a 91-46 vote but stumbled in the Senate, whose members wanted to bar girls 15 and younger from marrying. Time ran out on a 2017 compromise, but Atterbeary is hopeful it will win approval this year.

“People have preconceptions; they think: ‘Who really gets married that young?’ ” says Beth Halpern, a partner at Hogan Lovells in Washington, D.C., a firm that has played a key pro bono role with Tahirih. “Many ask what’s the harm? Their grandparents got married young, and 50 years later they’re doing just fine. But this is not Romeo and Juliet.”

Even romance might not insulate the partners from consequences. Less dewy-eyed motives—face-saving or parental pressure or the avoidance of statutory rape charges—carry serious risks.

“Marital Discord,” January, should have stated that the Tahirih Justice Center estimates more than 14 million girls under age 18 will marry each year during the next decade. Also, the story should have reported that teens who marry are 50 percent more likely to drop out of high school; they are also more likely to live in poverty later in life.


This article was published in the January 2018 issue of the ABA Journal with the title "Marital Discord: Advocates are fighting to outlaw adult marriages to minors."