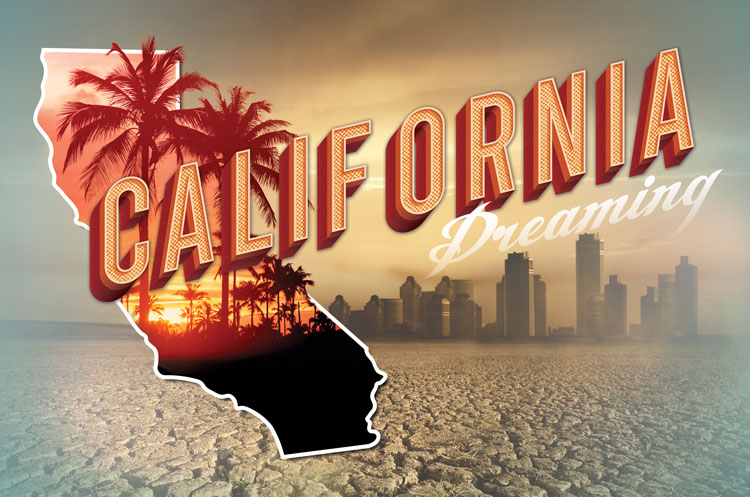 Last month, California hosted a major climate summit in San Francisco, bringing together leaders from around the world.

The event was a direct outgrowth of commitments made by California and other states and cities to back the Paris Agreement after President Donald Trump said in June 2017 the United States would withdraw from the landmark climate pact.

When California Gov. Jerry Brown announced plans for the San Francisco summit the following month, he told his audience the president “doesn’t speak for the rest of America” in deciding to pull out of the Paris Agreement.

Brown’s defiant posture underscores how U.S. states and municipalities are increasingly venturing into the realm of international affairs as they mobilize against Trump administration policies in areas such as the environment, immigration and human rights.

Beyond the political stakes, their growing assertiveness tests the conventional view that the federal government exercises exclusive control over U.S. foreign policy. 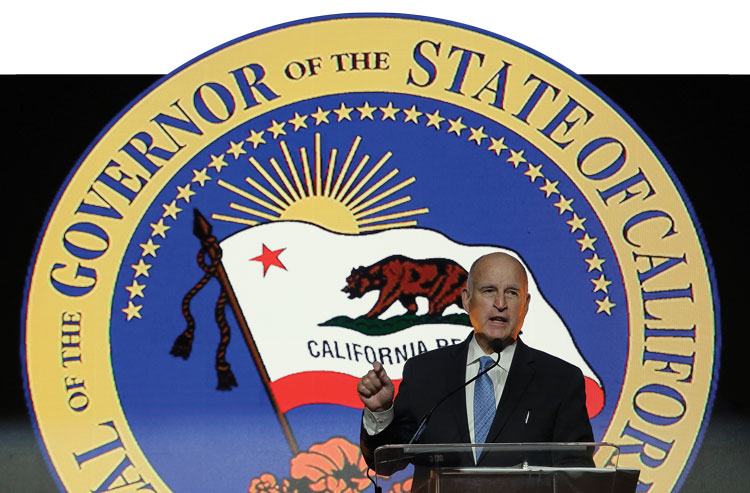 At the forefront of this states’ rights push is California. Sometimes viewed as a nation-state, it ranks as the world’s fifth-largest economy and boasts a population of about 40 million. The state also has a long history of social activism and independent-mindedness embodied by Brown.

In his role as the de facto national leader on climate change, the governor appears to be relishing the clash with Trump, even as he nears the end of his 40-plus years in public life. But how far can he thrust California into world affairs before running up against the limits of state power?

The Constitution expressly places responsibility for the conduct of foreign affairs with the federal government. And courts historically haven’t given states much room to maneuver on the world stage. But legal scholars suggest a combination of factors are emerging that favor the expansion of states’ power beyond their borders.

“In the midst of a long-running transformation in how foreign affairs are conducted and evolution in legal thinking about federalism’s boundaries, the time to challenge federal foreign affairs powers may finally have arrived,” argued David Freeman Engstrom, a Stanford Law School professor, and Jeremy M. Weinstein, a Stanford University political science professor, in “What If California Had a Foreign Policy? The New Frontier of States’ Rights”—a spring article in the Washington Quarterly.

They maintained that the very pace and scope of state-level activism in the Trump era is bolstering the legal and logistical foundation for states to claim an expanded role in global politics. They’re not the only ones taking notice.

“The posture state and local governments are taking is absolutely more aggressive than at any time in the recent past,” says Peter J. Spiro, a professor of international law at Temple University’s Beasley School of Law. “It’s starting to approach open defiance.”

If Trump has galvanized far-reaching state and local action, it’s also the result of trends that have been building for some time. The idea that the United States must speak with “one voice” in foreign affairs, for example, has become less ironclad in the modern age.

While the U.S. Supreme Court has consistently favored a uniform approach, the United States’ evolution from fledgling nation to superpower has meant less risk of any one state causing harm in foreign relations that could lead to retaliation against the entire country. 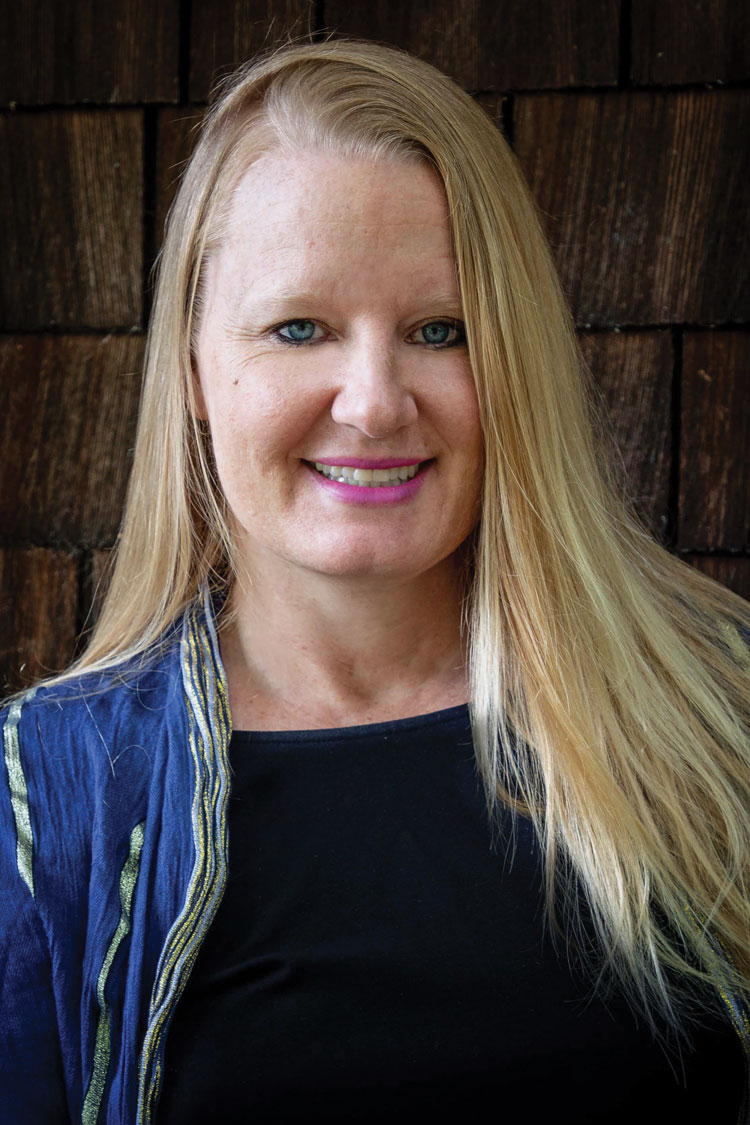 Holly Cooper: “The state legislature has done more than the federal government for immigrants in at least the last 20 years I’ve been a lawyer.” Photo by Jose Alfonso Perez/University of California at Davis School of Law

More recently, factors including globalization, federal government inertia and the size and economic heft of individual states rivaling that of foreign countries have diluted the one-voice doctrine and fostered the growth of “local internationalism,” according to Michael J. Glennon and Robert D. Sloane, authors of the 2016 book Foreign Affairs Federalism: The Myth of National Exclusivity.

They pointed out that state and local governments in recent decades have entered into thousands of compacts with other nations, adopted a variety of international standards, and set up trade offices overseas, among other initiatives.

The Constitution bars foreign-state compacts without congressional consent. But the pace of these agreements—concerning topics including trade, environmental policy and women’s rights to more practical matters such as firefighting—has only continued to increase.

“The compact clause is pretty much a dead letter,” says Spiro, with neither Congress nor the courts trying to stem the surge of state-level agreements.

That said, the Constitution expressly forbids states from making treaties with other nations. To avoid confusion, Spiro says foreign-state compacts are usually nonbinding and termed “memoranda of understandings,” “communiques” and the like.

Even without pursuing formal agreements, states have demonstrated their collective clout on the world stage. A prime example is the sanctions movement against South Africa’s apartheid system in the 1980s. Challenging President Ronald Reagan’s policy of “constructive engagement,” 26 states, 22 counties and more than 90 cities wound up taking economic action against companies doing business in South Africa.

More recently, according to Foreign Affairs Federalism, about half the states imposed some form of sanctions on Iran before President Barack Obama’s administration negotiated the deal under which the country agreed to limits on its nuclear program in return for sanctions relief.

But states’ wielding of trade bans or sanctions hasn’t always sat well with the Supreme Court. In 2003, the high court invalidated a California law requiring insurance companies to disclose details of policies held by Jewish people during the Holocaust.

The court held in American Insurance Association v. Garamendi that the law conflicted with an executive agreement President Bill Clinton signed with Germany and so was pre-empted by federal authority because it interfered with the president’s ability to conduct foreign policy.

Immigration lately has emerged as the most hotly contested battleground in what’s sometimes referred to as foreign affairs federalism. Perhaps that’s not surprising given the stricter controls on immigration pursued by the Trump administration, including the travel ban and its zero-tolerance policy on border control.

The travel ban imposed on several majority-Muslim countries triggered a state-led legal backlash that culminated in the Supreme Court’s June decision to uphold the ban in Trump v. Hawaii. The court’s 5-4 decision was guided by its traditional deference to the president on foreign affairs and national security.

But the immigration controversy pitting states most directly against the federal government stems from the administration’s directive to cut federal funding from sanctuary jurisdictions unwilling to assist federal immigration officials.

Municipalities including San Francisco, Chicago and Philadelphia have so far successfully challenged the order as an unconstitutional overreach of federal power.

Yet the Constitution appears to give the federal government a strong claim on exclusive authority regarding immigration. Article I authorizes Congress “to establish a uniform rule of naturalization.” And Engstrom and Weinstein wrote that the Supreme Court “has consistently held that this clause confers exclusive federal authority over admission, deportation and naturalization of noncitizens.”

But that hasn’t stopped states from playing an active role in shaping immigration regulation and policy. As a practical matter, the federal government lacks sufficient resources to handle immigration completely on its own, according to authors Glennon and Sloane, also professors of international law at Tufts University’s Fletcher School of Law and Diplomacy and Boston University School of Law, respectively.

Mark F. Walsh is a New York City-based freelance writer. He is a former reporter for ALM Media publications.

This article was published in the October 2018 ABA Journal magazine with the title "California Dreaming."