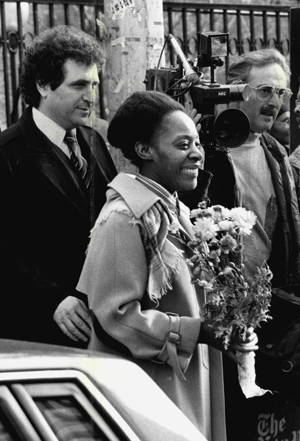 Before New York City health officials arrested her on Oct. 28, 1987—and not long before she lectured at Harvard—Joyce Patricia Brown lived a fierce, solitary existence over an air grate on the city’s Upper East Side. Known by her street name “Billie Boggs,” she muttered incessantly and cursed angrily. Money given by passers-by was burned in mock ritual. Clothing was tossed onto Second Avenue. Routinely, she relieved herself on the curb. Although Brown was African-American, she hurled racial epithets—and occasionally feces—at black men who offended her, whether they existed or not.

In a 1975 ruling, O’Connor v. Donaldson, the Supreme Court had established strict standards for involuntary detention of the mentally ill. In the next decade a resulting depopulation of mental institutions generated an eruption of homelessness, particularly in major cities. And those cities, often under pressure from local businesses, looked desperately for ways to diminish their presence.

Mayor Ed Koch responded in 1987 with the reorganization of a city program to identify and assist the street-bound mentally ill. But where detention under O’Connor required both a diagnosis of mental illness and a specific threat to self or others, a defiant Koch empowered Project HELP to interpret “self-neglect” as a threat-to-self that could justify involuntary hospitalization; and at his suggestion Brown became the program’s first case.

Before her life on the street, Brown was a secretary in New Jersey. But when persistent bouts with drugs and alcohol pushed her family to have her committed, she fled to Manhattan to hide in plain sight and was jailed and released at least five times. In the custody of Project HELP, she was confined to a ward in Bellevue Hospital and injected with Haldol and Ativan, drug treatments ordered by program psychiatrists who diagnosed her as “schizophrenic paranoid-type.” 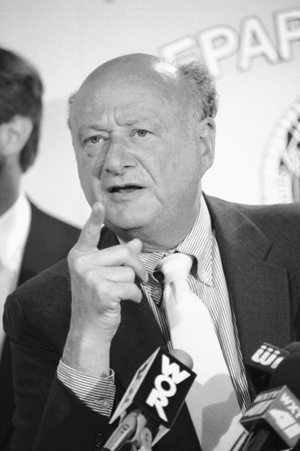 Though stabilized, Brown sought help from the New York Civil Liberties Union who took to court the argument that her street behavior, however unconventional, did not meet the O’Connor standard. In November 1987, Brown testified with considerable coherence that she had become a street life “professional”—that she changed her name to avoid her sisters, destroyed money because she feared being mugged, relieved herself on the sidewalk because public restrooms were unavailable to her and that the muttering was her singing to herself. Impressed by her composure—and the support of several new psychiatrists—a state judge ordered her released.

Though health officials got the court order reversed, Brown’s case had provoked national debate on the moral and ethical boundaries of dealing with homelessness and mental illness: Was the object to help the mentally ill or to clear affluent neighborhoods of human nuisance? Do narrow legal definitions of “sane” and “insane” adequately account for the variety and nuance of mental affliction? Did Brown’s reasoned resistance to custody, as Koch argued, represent living proof of the value of forced treatment? Though pessimistic about her prospects, beleaguered Bellevue officials released Brown after 12 weeks of forced treatment.

Upon release Brown was greeted as a news-cycle celebrity. She gave interviews, pondered book offers, bought clothes on Fifth Avenue with donations from sympathizers and lectured at Harvard. At the March 1988 Moscow Summit Ronald Reagan invoked her case as he scolded Mikhail Gorbachev on the Soviet practice of jailing political dissidents under color of mental health treatment.

By then, however, Brown had returned to the streets. She was spotted, incoherent, at the Port Authority Bus Terminal, and later arrested with a small amount of heroin. She appeared in court with attorney Barry Scheck, who helped gain her release conditioned on continued psychiatric treatment. Free both from jail and from public fascination, Brown spent the rest of her life struggling anonymously with her afflictions. She died in 2005 at the age of 58.