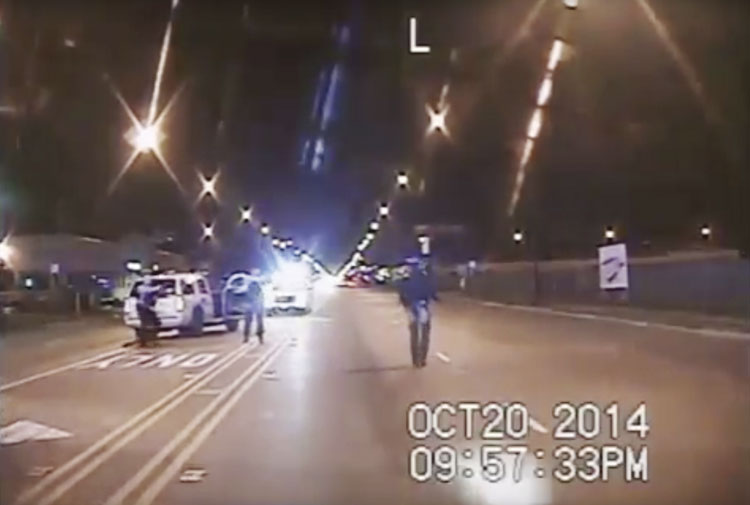 Barnum recalls one instance when Holmes gave a PowerPoint presentation on diversity at a partners’ retreat. “On one of the last slides, the fade-in text was the logo of a significant client. And then another faded in and another until the entire screen was filled. Then they filled a second screen. She said, ‘These are clients for whom the person deciding where the work goes is a woman or a person of color or both. Not only are people of color decision-makers themselves but they want to see diversity on their law firm teams.’ You could have heard a pin drop. These were significant clients that everyone in the room was familiar with. There were 105 equity partners who all had skin in the game. She was making the business case for diversity without saying it.”

In her first years in private practice, Holmes amassed a solid track record as a defense attorney in complex commercial, regulatory and class action litigation as well as internal investigations involving fraud, corporate whistleblower allegations and contract disputes. In a case with multiple class actions against an airline, her team got all the cases dismissed at the complaint stage, a decision that’s been upheld on appeal. Holmes also represented Mark Kipnis, former general counsel of the media conglomerate Hollinger International, the only defendant completely exonerated in a $60 million fraud case. “These matters have been significant and challenging because there is a lot at stake,” Holmes says.

Highly confidential internal investigations like the McDonald and Burr Oak Cemetery situations have also become a Holmes specialty. She resolves thorny issues so that no one but her client even knows about them. “I get to learn information, resolve a problem and help a business get past something that could be disastrous—but thankfully isn’t.”

According to Safer, one reason Holmes is tapped to lead internal investigations and high-stakes litigation is her knack for seeing through “the morass of details in very complex problems to discern the right path,” he says. Juries and judges relate to her, he adds, because “she’s honest and genuine—there’s not a pretentious or false bone in her body.”

Although Holmes has “one of the sharpest legal minds,” Barnum adds, “you won’t know it when you first start working with her because she has the ability to make complex issues very simple.” When one of Barnum’s clients needed her services as a white-collar lawyer, Holmes put the client at ease in the first meeting. “She was able to break down legal issues and accurately predict how the case would play out. She was two to three moves ahead, so the client was never like ‘Oh, my God, what’s happening?’ The client could calmly respond as we planned.”

Clients also appreciate Holmes’ manner, Barnum adds. “There are lots of former judges who want people to know they’re former judges. They want to maintain a certain judicial … untouchability. But she’s not that way. She uses her judicial experience as an asset to help her clients, not as a barrier or a title that separates her from the common man.”

In 2016, Safer and Riley decided to hang up their own shingle, and they had radical ideas about what kind of firm they wanted to form. Rather than be wedded to the traditional billable hour, the firm gives clients a choice of being billed by the hour or paying fixed or stage-based fees; and they don’t charge for the time it takes to learn the client’s business. “We made a very deliberate effort to be as closely aligned with what’s important to our clients as possible,” Riley explains.

Riley Safer Holmes & Cancila is now home to 65 lawyers with offices in Chicago, New York City and San Francisco. Seven of the lawyers are former assistant U.S. attorneys, and three were general counsels to name-brand companies. The partners are also committed to diversity. Earlier this year, the firm acquired 11 new lawyers, all but two of whom are black.

Riley says that Holmes “has made sure that our firm has worked very hard to live up to our collective vision of what a 21st-century law firm can be.”

For all her success in the legal profession, Holmes’ cancer battle may be what drives her, according to Scott. And it has reminded her not to get too consumed by her work. “If you lived through what she lived through, being told you’re not going to make it and then you do make it, you look at life differently. She makes every moment, every relationship, every experience count and have meaning.”

To that end, Holmes remains close to her family of origin, engaging in a group text every morning with her siblings and mother. She enjoys traveling with her husband, a high school football coach and administrator. This year alone, she visited Barbados, Barcelona, Cancun, London, Martha’s Vineyard, Paris and Puerto Rico. She is close with her 35-year-old stepson, a teacher; her 23-year-old daughter, a program coordinator for Chicago’s Museum of Science and Industry; and her youngest son, who plays football at the University of Kentucky.

Safer says the “sense of responsibility and commitment” that is evident in Holmes’ family life carries over into her professional life too. Calling her an “active mentor,” he notes that Holmes is “constantly having lunch, dinner and meetings, kicking [mentees] in the butt, counseling them.”

For her part, Holmes says she’s humbled to learn that people respect her. “I view myself as a down-to-earth person, going about my daily business and enjoying life,” she says.

As for goals, Holmes would like to get better aligned with millennials. “They have really embraced the concept of living for and enjoying the moment—the YOLO motto means a lot to them. It’s a good way to think. It provides the courage to experience and explore and not waste precious time on things that don’t matter. Happiness is a real concept that we need to embrace because there is no recapturing it once you’re in the box in the ground.”