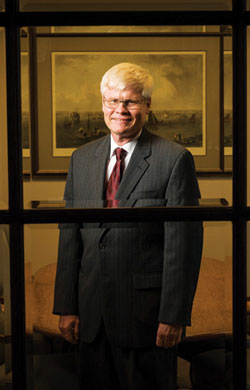 Regarding “The Convert,” September, page 14: It does my heart good to see the efforts of fellow members of the corporate bar, such as Richard Horstman (right), who take on the tasks that need to be done.

Pro bono publico is not an empty Latin phrase. It is the responsibility of all attorneys. I encourage all who have the time or inclination to contact their local bar association or legal aid office and ask—no, demand—to be given the opportunity to serve for the good of the public.

FOR AMY AND OTHERS

Should those who download child pornography pay the victims? Yes, they should! (“Pricing Amy,” September.)

However, it is disappointing to learn that the 5th U.S. Circuit Court of Appeals at New Orleans is the only appellate court that has ruled in favor of the victim. As far as I understand, the intent of the statute was to provide victims such as Amy and Vicky the right to restitution.

Thanks, Lorelei Laird, for an excellent article.

I was sorry to read Jim McElhaney’s final column (“The Plain Truth,” September) after serving for 25 years as the ABA Journal Litigation columnist. I have throughout that period been an avid reader of his creative columns, which have consistently provided invaluable advice for the litigator and for lawyers generally.

While he is certainly entitled to a rest after these contributions, hopefully the Journal can attract someone with Jim’s wit and wisdom to continue these excellent columns. 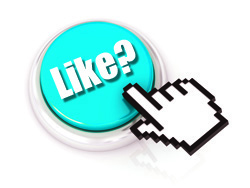 Regarding “ ‘Like’ Is Unliked,” September: The judge’s ruling is a train wreck. Conduct has long been held to be protected speech. Besides, did “I like Ike” buttons not contain protected speech? Somehow, we have to find a way to pick politics out of law enforcement.

If clicking on the like button is not quite free speech because it is somewhat nebulous (one can use the like button merely as a way to follow a page or conversation), then Hampton, Va., Sheriff B.J. Roberts’ actions might seem even more troubling, because he could be construed as firing the deputies on the basis that they might have been expressing political disloyalty, which would have an even greater chilling effect.

Another question might be whether employment by the sheriff is more akin to a political appointment or to being a member of a regular police force. Elected representatives generally get to hire their staffs based on past support and loyalty as well as qualifications. On the other hand, police chiefs are also sometimes elected officials, and it would be troubling if a new chief fired half of the police force after being elected. Perhaps the reason it seems more natural for a sheriff to do the same with his deputies is that, probably in part because of entertainment like Smokey and the Bandit, we associate the sheriff’s office with an old boys’ club, which it should not be. 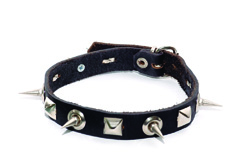 “A Bite Worse Than Its Bark,” September—regarding the Tracey v. Solesky decision holding “pit bull” owners and landlords strictly liable for personal injury done by the dog—became quickly outdated with the Maryland Court of Appeals issuing an opinion on the petitioner’s motion for reconsideration on Aug. 21.

The article appropriately discussed the difficult task of identifying a “cross-bred pit bull,” which the court addressed by amending the original opinion to “delete any reference to cross-breds (sic), pit bull mix or cross-bred pit bull mix.” Although the court told us what it would no longer include, it never specifically defined, in proper terms, what it intended to include for strict liability purposes.

The flawed and perplexing task of attempting to identify a pit bull as used in today’s common lexicon is precisely what prompted the ABA to pass a resolution at the 2012 annual meeting urging local governments to repeal laws regulating specific breeds of dogs and encouraging breed-neutral laws that target reckless owners.

Hopefully the Maryland legislature will remedy the confounding decision of the Maryland Court of Appeals to hold owners of all dangerous dogs strictly liable, regardless of breed, and enact a breed-neutral dangerous-dog law that targets reckless owners, just as the ABA recommends.