Would a government-backed social credit scoring system like China's ever fly in the US? 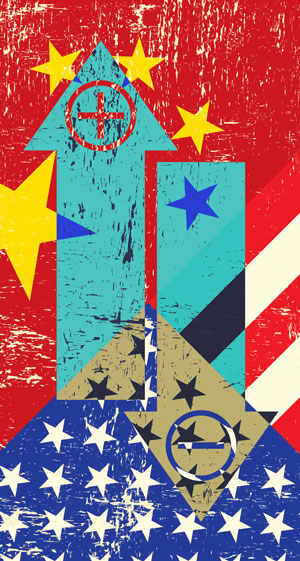 Among the casualties of COVID-19 was the planned 2020 rollout of the Chinese social credit system.

In development for years and already in use in several Chinese cities, the social credit system is a way for the government to use the capabilities of cellphones to monitor, track, observe and ultimately judge Chinese citizens as they go about their daily lives. The system uses both carrots and sticks to reward and punish behavior. Donating blood or other community activities might rate a carrot, but bad behavior could prevent the offender from taking trips on high-speed trains or airplanes or engaging in e-commerce.

Thanks to China’s restrictive internet policies, most functions of Chinese society can be conducted on a few apps, including the ubiquitous WeChat, and all of this is discoverable by the government.

However, COVID-19 forced the government to push the pause button. According to reports, the government had to assure individuals and businesses that tax defaults or other things that would ordinarily dent one’s credit would not be held against them while the pandemic raged on.

Nevertheless, observers of the rapid rise of China are intrigued by the system and wonder if it would fly in the U.S.

There are arguably pieces of it in place already—notably the credit rating system, which uses computer-stored data to assign consumers a credit score regardless of whether they’ve requested it.

Additionally, selling platforms such as eBay require a net positive or neutral score; social media platforms can shut down posters for abusive behavior; and ride-share services can exclude riders with low ratings.

In a society where users already routinely use social media to shame others for behaviors that offend them, what could go wrong?

Plenty, according to Jay Stanley, senior policy analyst for the Speech, Privacy and Technology Project of the American Civil Liberties Union. “The concept of taking credit scores and applying it to other areas of life is ominous,” he says.

Experts who spoke to the ABA Journal agree there would be massive constitutional obstacles for any centralized credit scoring system.

However, Dean Cheng, an Asian Studies Center senior research fellow within the Davis Institute for National Security and Foreign Policy at the Heritage Foundation, argues such a system would run afoul of the First, Fourth and Fifth Amendments.

Ben Winters, an attorney for the Washington, D.C.-based Electronic Privacy information Center, calls a potential U.S. social credit system a “solution to a problem that doesn’t exist” and agrees with Cheng and Stanley that the Constitution would rule out such a centralized system.

Additionally, there are cultural reasons why such a system might fly in China but not here.

“Because the Chinese have been under a dictatorship for 70 years, they have very little expectations of privacy,” Cheng points out. 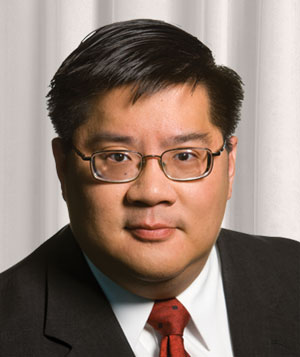 Dean Cheng: “Because the Chinese have been under a dictatorship for 70 years, they have very little expectations of privacy.” Photo courtesy of Heritage Foundation.

Meanwhile, Winters adds: “In China, cameras show if you’re jaywalking, and with 100% enforcement, you could say efficiencies will be achieved in law enforcement. But in America, with constitutional rights and civil rights laws, there are protections against that type of thing.” However, Winters cautions that these protections must be accompanied by a meaningful enforcement mechanism, which this country lacks, underlying the need for comprehensive data legislation and protection.

But what about a system that is driven by private businesses and industries?

Cheng doubts it is in any business’s commercial interests to undertake the project. And if such a system arose, participation in the platforms that support it are optional.

“I don’t have a Facebook or Twitter account because I choose not to,” he says. “I never bought or sold anything on eBay, either. You can choose to participate or not.”

However, Stanley disagrees, arguing that opting out in order to maintain privacy becomes less meaningful over time. “Try living a normal life without a credit card,” he says.

This article first appeared in the August/September 2020 issue of the ABA Journal under the headline “What’s Your Score? Some U.S businesses already require consumers to maintain a certain social credit score, but a government-sponsored system is unlikely.”

“What’s Your Score?” August-September, contained a quote from Ben Winters, an attorney for the Washington, D.C.-based Electronic Privacy information Center, about constitutional rights and protections against governmental surveillance. The quote has been clarified to emphasize that these protections lack a sufficient enforcement mechanism.