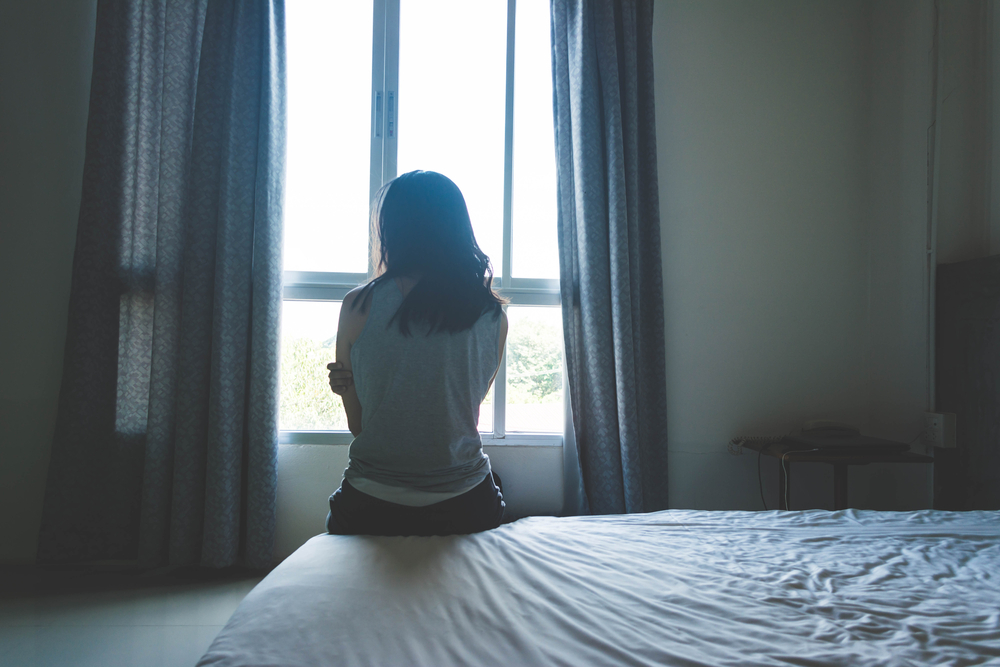 Betsy Hutson met Kendra Ross at a specialized aftercare shelter for human trafficking survivors in 2015, a few years after she escaped from The Value Creators Inc., a nationwide cult formerly known as the United Nation of Islam.

“Right off the bat, Kendra was interested in taking down her traffickers,” says Hutson, who was an associate in the Washington, D.C. office of McGuireWoods at the time. “It’s unique for a survivor to have that sort of conviction and courage from the very beginning.”

Ross was brought into the cult by her mother when she was 2, and from the age of 11 until 21, she was forced to work without pay, benefits or breaks in the cult’s businesses and homes in Kansas and several other states. She had been separated from her family, taken out of school and placed in an arranged marriage. (The marriage was never legalized.)

Hutson represented Ross in her lawsuit against The Value Creators Inc. and its leader Royall Jenkins, and in May 2018, a federal court in Kansas awarded Ross nearly $8 million in damages. It is one of the largest civil single-plaintiff trafficking awards in the United States, Hutson says, and the judge made clear that Ross should receive it even if she wasn’t physically restrained.

“That’s one of the biggest myths with trafficking—you see a lot of pictures of women in bars or chains, but in Kendra’s case, like so many others, here were none of those physical barriers,” says Hutson, who is now a trial attorney with the Human Trafficking Prosecution Unit in the Department of Justice. She says U.S. District Judge Daniel Crabtree’s opinion “underscores that psychological and emotional coercion are formidable forces, and that is going to be helpful precedent for people in similar positions.”

The Trafficking Victims Protection Act of 2000 and its later reauthorizations formally define human trafficking as:

• “sex trafficking in which a commercial sex act is induced by force, fraud, or coercion, or in which the person induced to perform such act has not attained 18 years of age; or

• the recruitment, harboring, transportation, provision, or obtaining of a person for labor or services, through the use of force, fraud, or coercion for the purpose of subjection to involuntary servitude, peonage, debt bondage, or slavery.”

The 2003 reauthorization of the law added a civil cause of action, allowing trafficking survivors to sue their traffickers for monetary damages in federal court. According to a 2018 report by the Human Trafficking Legal Center, the number of federal civil trafficking cases increased from six in 2004 to 37 in 2017.

States are implementing or updating their own laws to better protect and support survivors. While criminal protections may permit survivors to seal, vacate or expunge records or provide them with immunity, civil remedies such as those in Ross’ case help them restore lost income and pay off significant debts.

Washington, D.C.-based nonprofit organization Polaris reported that as of 2015, the most recent year for which data is available, 40 states and the District of Columbia allowed trafficking survivors to sue their trafficker.

Illinois is another state that joined them in January 2019, amending an earlier law to allow victims of human trafficking or involuntary servitude to bring actions against their traffickers. In another significant change, a survivor’s family or other advocates can also bring those claims on behalf of survivors if they are afraid or otherwise unable to come forward.

“In theory, the idea behind this provision is that it would allow some of the hardship that traditionally falls on victims in bringing forward the suit to be borne by an organization or government agency instead,” says Catherine Longkumer, a managing attorney with the Legal Aid Society of Metropolitan Family Services in Chicago.

Longkumer—who has worked with trafficking survivors for most of her career and helped Illinois provide more protections for them in its law—adds that they can avoid being listed as a party in a lawsuit or in a public database if someone else sues a trafficker on their behalf.

Additionally, as of January 2020, survivors in Illinois can file their civil claim up to 25 years after commission of the offense—or if trafficked as a minor, 25 years after turning 18. The previous limit was 10 years.

California introduced its own creative remedy for survivors in January 2020, enacting a law that allows them to recover financial losses suffered as a result of their trafficking. Under the legislation, the California Victim Compensation Board will reimburse them for up to $10,000 in lost income each year for two years.

The law requires the board to adopt guidelines by July that will allow it to rely on evidence other than official employment documentation when considering a trafficking survivor’s application for loss of income.

Stephanie Richard, senior policy advisor with Coalition to Abolish Slavery and Trafficking in Los Angeles, worked on the new legislation. She contends that their approach was to recognize that survivors are exploited, return some of the money taken from them and help them move forward.

“They get to choose how they use it, and hopefully, they use it as a pathway to start rebuilding the life that was stolen from them by their trafficker.”

To raise awareness about trafficking—and its prevalence in hotels and motels—Connecticut mandates that hospitality staff receives training on how to recognize victims and activities associated with the crime.

The 2016 law also requires hotels and motels to keep guest transaction records and receipts for at least six months and post notices about the services available to trafficking survivors.

“Connecticut has been forward-thinking in terms of education and training as a key piece,” says Sheila Hayre, a visiting associate professor at Quinnipiac University School of Law in North Haven, Connecticut. “It’s not just identifying the signs of trafficking generally, but it’s also helping folks on the front lines who encounter victims think about intervention and what they can do to prevent this.”

Hayre helped create and now advises the Human Trafficking Prevention Project, a program in which law students provide the state’s mandatory training to hotel and motel employees. They recently expanded their training to other groups, including hospital staff, teachers and public defenders.

States like Illinois and Minnesota have since followed with their own laws that require training on trafficking for hospitality staff.

Hutson contends that in addition to increasing awareness, another important step is to help people understand the complexities of trafficking and the laws meant to address them.

“It’s certainly important to have the laws enacted, but another critical indicator is whether prosecutors and pro bono attorneys are aware of them and making good use of them,” she says.

Note: Betsy Hutson’s statements in this article reflect her own thoughts and opinions and not those of the Department of Justice.