This voting rights advocate and 'Jeopardy!' champ is ready with the right answers 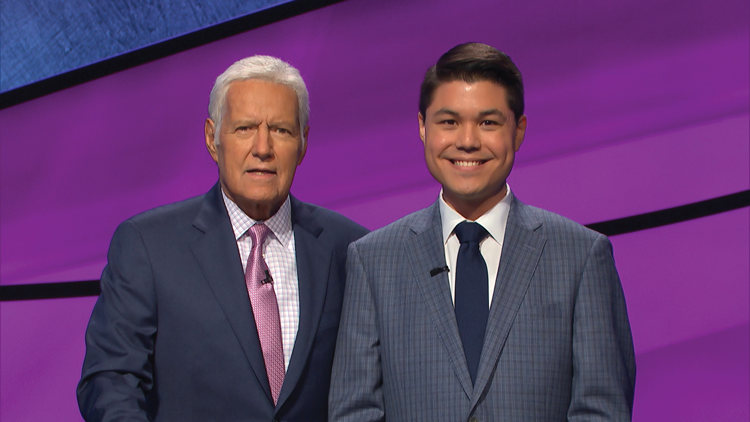 If “Who is Zach Newkirk?” ever became an answer to a Jeopardy! question, writers for the legendary television quiz show would have plenty of angles to choose from.

For example, they could go with this:

This lawyer might have the most unusual winning streak in the show’s history: His run started with legendary host Alex Trebek, who died last year; got interrupted by a global pandemic; and ended with guest host Ken Jennings, a former Jeopardy! champion.

In addition to appearing on Jeopardy! last year, this Perkins Coie associate was involved with a lawsuit against then-President Donald Trump on behalf of those injured during the 2020 Black Lives Matter protests in Lafayette Square.

OK, maybe that last one is a bit longer than the traditional format. But the point is, Newkirk had a challenging 2020—and the challenges are far from over. Threats to voting rights continue across the country, and at some point, he may have to start preparing for a return to TV to compete on the next Jeopardy! Tournament of Champions.

Q. How did you go from law clerk to Jeopardy! contestant?

A. I was clerking for a federal judge in Tallahassee, Florida, and he had one of those page-a-day calendars with Jeopardy! questions. Every day, he would shout out the day’s question, and when I would answer, he would say, “You should try out for Jeopardy!” So I did.

I took an online quiz, and I was invited to an audition in Savannah, Georgia. That was a fun day. There were maybe 50 or 60 of us. The audition process included another written test, and then we played a mock game with a buzzer to see how quick you are, whether you can always respond in the form of a question and how telegenic you are. They give you a very broad window to be notified, like 18 months. I had sort of forgotten about it, but one day I got a phone call from Culver City, California. My clerkship had ended, I was working at my firm in D.C., and I had been calling all these random people across the country because we were looking for witnesses. Turns out, the call was from Jeopardy! That was late February, so I only had about 20 days to prepare.

Q. Did you just start cramming like you were a 1L again?

A. Some people got very intense about preparing, but I was more casual about it. I watched some old episodes on streaming services. There are old games online, so my wife read me questions from the games. She also had taken the online Jeopardy! test and was invited for an audition, but at that time, she was eight months pregnant. I keep saying, “You should try again, and we could do a husband-wife run.” It’s been done before! Also, whenever I had downtime, I read Wikipedia. To some extent, I think about the questions I missed and the money—real money—that I left on the table. But maybe I should focus on what I got right.

A. Favorites are history, geography, politics. And definitely 11th Circuit election law cases! I think Jeopardy! contestants are infamously not too knowledgeable about sports, and of course, there’s the dreaded opera category. I know some sports, but there are other sports I don’t know much about, like basketball. I don’t know much more about it other than Michael Jordan was very good, but one of my good friends is “training” me on the subject.

Q. Do you have any sweet plans for your winnings? A vacation? A fancy watch?

A. No, we are saving for a house. Then there’s the giant black hole of law school loans.

Q. I know your dad passed away shortly before your episodes began to air.

A. I grew up watching Jeopardy! with him. He was already in the hospital, and I had gone home to Florida to watch the first episode with him, but he passed two days before it aired. But I was able to tell him about it. So at least he knew the outcome and the dollar amount. Last year was a tough year for so many reasons, but on the other side, having Jeopardy! to go back to was something I could look forward to much of the year. It was a saving grace.

Q. What was your involvement in Black Lives Matter D.C. v. Trump, and were you able to work on any other memorable cases last year?

A. So many! For the Black Lives Matter case, a team at my firm wrote an amicus on behalf of civil rights leaders to show that the BLM movement was a continuation of a very long movement toward racial equality and social justice. We wrote down the experiences and perspectives of veterans of the ’60s and ’70s-era civil rights movement. I spoke to Martin Luther King III, among other leaders, and it was fascinating hearing his stories and experiences. It was humbling to be a part of something like that.

At the beginning of the pandemic, we were involved in litigation over the spring primary in Wisconsin. We obtained a court order allowing approximately 58,000 new voter registrations to go through and 80,000 absentee ballots to actually count. That was huge, and it was a crazy pace because it kind of came out of the blue, and we did it in less than three weeks. It went all the way up to the U.S. Supreme Court, and we even got one of those infamous dissents from the late [Justice Ruth Bader Ginsburg]. It was her last dissent in a voting rights case. It was a great team and a great case to work on.

Q. How did that timing of the Wisconsin case relate to your Jeopardy! appearances?

A. It was during my hiatus from Jeopardy! I came back from LA on March 12, and I got involved in this case on March 17. It was pretty much like going from one fire into a very different kind of fire.

Q. How did you get interested in voting rights in the first place? Were your parents lawyers or involved in politics?

A. They weren’t lawyers, but they were politically minded. I’ve been interested in politics since I was a kid—I did canvassing, voter registration, volunteering and knocking on doors, and they were always supportive. I’m from Florida, and I remember the 2000 elections very clearly—not the legal day-to-day, but I remember there were issues about votes not being counted, and it didn’t seem fair. I had always been interested in ensuring anyone who wanted to vote and could vote had as easy access to voting as possible, and that influenced my studies in college and law school.

It seems like a different era, but not long ago protecting voting rights was actually a bipartisan issue. The Voting Rights Act’s reauthorization passed the U.S. Senate in 2006 on a vote of 98-0. Unfortunately, attempts to restrict the right to vote feature across a lot of American history, and it really accelerated after 2008. Really, all of my adult life, the right to vote has been under attack.

Q. Are you hopeful that under President Joe Biden’s administration, things might improve?

A. I’ll say that it’s wonderful to have a Congress that’s passing and delivering HR1 and the renewal of the John Lewis Voting Rights Act and to have a president in the White House who just signed an executive order to make voting easier. It’s just refreshing to have public officials who speak out in favor of easy and accessible voting. The shift in tone at the top from unbounded conspiracy theories to President Biden’s recent executive order, it’s just night and day.

Q. Can you share any details about what you are working on right now?

A. Right now, we are monitoring different proposals across almost every state that will restrict the right to vote in one way, shape or form. We’re just gearing up for the next round. We just filed a lawsuit in Georgia, for example, which recently passed a law restricting voting rights. It even goes so far as to ban folks from handing out food and drinks to voters waiting in line at polling locations. That’s the thing about this practice area—the fight is never finished.

This story was originally published in the June/July 2021 issue of the ABA Journal under the headline: “Double Jeopardy!: This voting rights advocate and game show champ is ready with the right answers.”