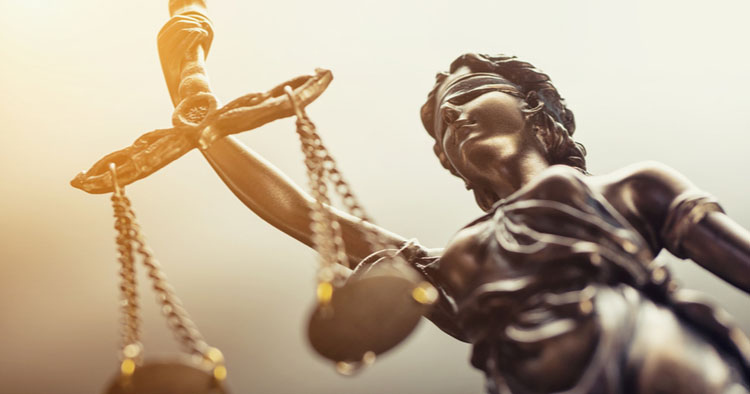 The House adopted Resolution 115 with broad support, even though it had spurred intense debate. The House met on Feb. 17 at the 2020 ABA Midyear Meeting in Austin, Texas.

Proponents of the access-to-justice movement argue qualified professionals can provide limited legal services even if they are not licensed attorneys.

Several states have proposed or created changes expanding access, according to the center’s report accompanying the resolution.

Speaking in support of an amended resolution, Judge Lora Livingston of the 261st Civil District Court in Texas, who is a member of the ABA Center for Innovation’s governing council, encouraged delegates to adopt it.

Affordable legal assistance in civil cases is often beyond the grasp of many Americans living below the poverty line, according to the report to the House of Delegates. Middle-income wage earners also struggle to secure representation in child custody, eviction and foreclosure cases.

An earlier version of the report irked opponents because it cited U.S. Supreme Court Justice Neil M. Gorsuch, who has talked about easing bar rules that prevent lawyers from partnering or sharing fees with nonlawyers.

Several state bar associations were worried that changing rules of professional conduct could compromise a lawyer’s independence or ethics.

Eleana Drakatos, president of the Ohio State Bar Association and a lawyer at Yacobozzi Drakatos in Columbus, opposed Resolution 115. In a Jan. 23 letter sent to her association’s members, Drakatos said that while she agreed that more must be done, the association was “vehemently opposed to nonlawyer ownership in law firms.” Although Drakatos supported using trained courthouse facilitators, licensed attorneys should always supervise nonlawyers, s he stated.

“Ultimately, we believe that the primary focus of bar associations should be on connecting the underrepresented with attorneys, and in working to overcome the persistent misconception that the average consumer can’t afford to hire a lawyer,” Drakatos wrote in the two-pa ge letter.

But by the time the amended resolution came to the floor, opposition had faded.

Henry Greenberg, president of the New York State Bar Association, a member of the House of Delegates and a shareholder at Greenberg Traurig in Albany, said his association was “full throated” in its opposition but had come around as changes were made to the final resolution and report.

Resolution 115 “is not just a right thing to do, the moral thing to do—for ourselves, for our clients—but for our profession, it’s a smart thing to do,” Green berg said.

Andrew Perlman, the former chair of the ABA Center for Innovation and dean of Suffolk University Law School, pushed for amendments that would soften opposition and win support for the resolution. Proponents added language to the resolution to make clear it would not alter any of the ABA Model Rules of Professional Conduct.

One amendment called for “the provision of legal counsel as a matter of right and at government expense for children facing essential civil legal matters and for low-income individuals in adversarial proceedings where basic human needs or a loss of physical liberty are at stake.”

The ABA Center for Innovation also removed passages from the report, excising language related to nonlawyer partnerships and nonlicensed attorneys.

Perlman said the resolution was not an endorsement of any one approach; rather, it asks states to pursue regulatory innovations to close the access-to-justice gap. “Some view this as a camel’s nose under the tent,” he said in an interview. “There is no camel, and there is no tent.”

If bar rules are changed, private equity firms could gain a foothold in the legal profession, which could hurt smaller firms and solo practices, said Stephen Younger, a past president of the New York State Bar Association, a member of the House of Delegates and a partner at Patterson Belknap Webb & Tyler in New York City.

He said the “watered down” version of the report had calmed fears that the resolution was endorsing nonlawyer ownership.

“If you have nonlawyers owning a law firm, what’s to prevent Walmart from coming into every town in America and start selling wills, selling house closings and doing the routine things that lawyers have traditionally done in America?” Younger asked.

During a Solo, Small Firm and General Practice Division meeting, ABA President Judy Perry Martinez cited a short passage from the preamble of the ABA Model Rules of Professional Conduct, which states all lawyers should fight to “ensure equal access to our system of justice for all those who because of economic or social barriers cannot afford or secure adequate legal counsel.”

“I’m not going to comment on the resolution itself, but that’s pretty potent,” Martinez said.

This article was originally published in the April/May 2020 issue under the headline, “Rethinking Regulations: To increase access to justice, jurisdictions should consider innovative approaches, ABA House says.”