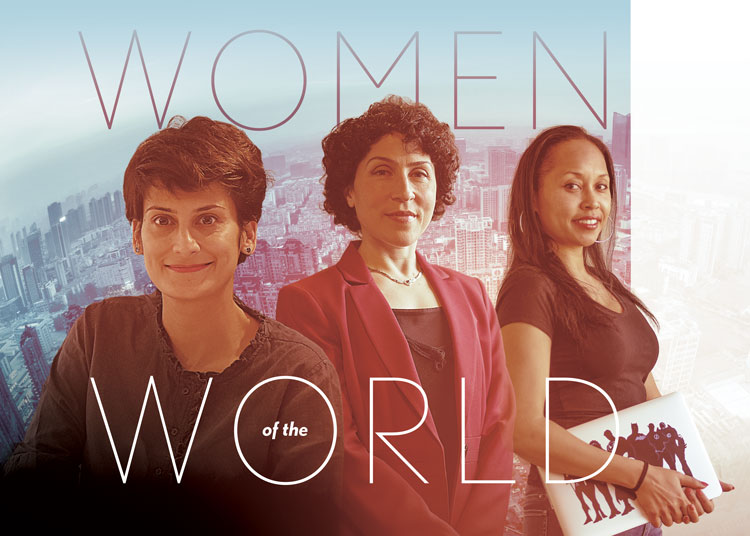 In December 2016, Sarah Belal received the inaugural Franco-German Prize for Human Rights and the Rule of Law for her work as the president of Justice Project Pakistan. When she went to collect the award, she noted that the majority of the 15 winners were women.

“I don’t think that’s a coincidence that women engage in human rights law and stick around with it longer,” Belal says. “Work in human rights law is thankless. Women are better at being resilient and getting through that, and [it comes] at a huge personal cost.”

Brittany Benowitz, director of the Justice Defenders Program for the ABA Center for Human Rights, says this tallies with her experiences. “Certainly there are a disproportionate number of women working on international human rights and rule of law issues within the ABA,” she says.

Benowitz points out that four of the five regional directors for the ABA Rule of Law Initiative are women, and says the majority of the attorneys on her staff are also female.

Benowitz says that some part of the high number of women in the field may be attributable to socialization. 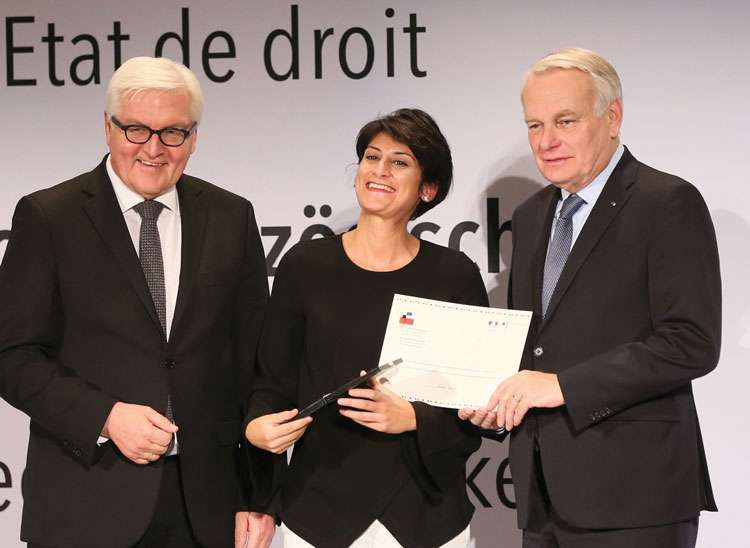 German Foreign Minister Frank-Walter Steinmeier, Sarah Belal of Justice Project Pakistan and French Foreign Minister Jean-Marc Ayrault during the awards ceremony in Berlin where she received the Franco-German Prize for Human Rights and the Rule of Law. Photograph by Cuneyt Karadag/Anadolu Agency/Getty Images

“The human rights field often involves thankless, difficult work,” Benowitz says. “It therefore attracts people who are primarily motivated by a desire to help, which women are socialized to prioritize.”

Azadeh Shahshahani, who works as legal and advocacy director at Project South in Atlanta, says the job does come with plenty of challenges.

“As a woman, you do have to have a lot of tenacity, patience and persistence just to keep at it,” Shahshahani says. “Definitely there is sexism in the legal field, and that is also something to fight against.”

But even in regions where the law has long been the province of men, female lawyers are contributing to human rights law.

Kimberley Motley, who is based in Afghanistan, says that when she first started practicing in that country, she was unique. “Me winning cases there was definitely a shock to the system for them,” she says.

“I do think it’s a benefit for me to be a foreign woman,” Motley adds. “I can see everything. There’s no way an Afghan woman is going to see a male foreign lawyer. I can go to secret meetings with women.”

“The advantages for women in the human rights field are that the employers tend to pay greater attention to issues of equality, it can contribute to a sense of self-worth and there is often good camaraderie,” Benowitz says. “The disadvantages are that women who chose to go into human rights are afforded less recognition than those working for for-profit enterprises.”

As president of Justice Project Pakistan, she can’t. The nonprofit human rights law firm she founded in 2009 is leading the fight against the death penalty in Pakistan, which has the largest death row in the world.

“We ... believe that you should just keep at it,” Belal says. “There is a moment where things just change, and we’ve seen enough of that in our eight years of dealing with the government and various stakeholders to know it’s a longer fight.”

“The trick in this is just stick around long enough so you experience some of the change,” she adds. “All you need to see is a centimeter of change, and that motivates you enough to go another decade.”

JPP also works to help victims of police torture, detainees in the war on terror and mentally ill prisoners. And the group uses nontraditional forms of advocacy such as art exhibitions to highlight injustices. “That is a critical part of what we do—it’s going to change hearts and minds,” Belal says. “You have to push back against the dominant narrative that’s being pushed by the government.”

With 27 crimes eligible for the death penalty, Pakistan has 8,200 prisoners on death row. The United States has about 2,800.

Pakistan put a de facto moratorium on executions in 2008, but that was lifted in 2014 after the massacre of 141 people at the Army Public School and Degree College.

Since then, the country has executed more than 480 prisoners, including 320 executions in 2015 alone. “It was a bloodbath,” Belal says. “The entire time we were working on this during the moratorium, we said ... it’s a very tenuous situation; and the minute it flips, a lot of people are going to die. And that’s exactly what happened.”

When the executions resumed, Belal says, “there was a lot of trauma, just going through so much death.” She adds that “it’s kind of ridiculous that there’s only one tiny organization working on the death penalty as an issue” in the country with the largest death row in the world.

JPP, with the Allard K. Lowenstein International Human Rights Clinic at Yale Law School, conducted one of the few studies of police brutality in Pakistan. Over six years in the Faisalabad district, it found evidence of widespread and systematic torture, with medical confirmation in 1,424 cases and another 96 cases requiring further investigation.

Belal says JPP’s study and ongoing monitoring of torture by Pakistani police are related to its death penalty work because the majority of people on death row also are tortured by police. “It’s linked,” Belal says.

A human rights attorney, particularly in capital cases, must be prepared for the highs and lows. “If you save somebody, there’s no feeling like it in the world,” she says. “But then the flip side is more often you lose somebody than save somebody.” 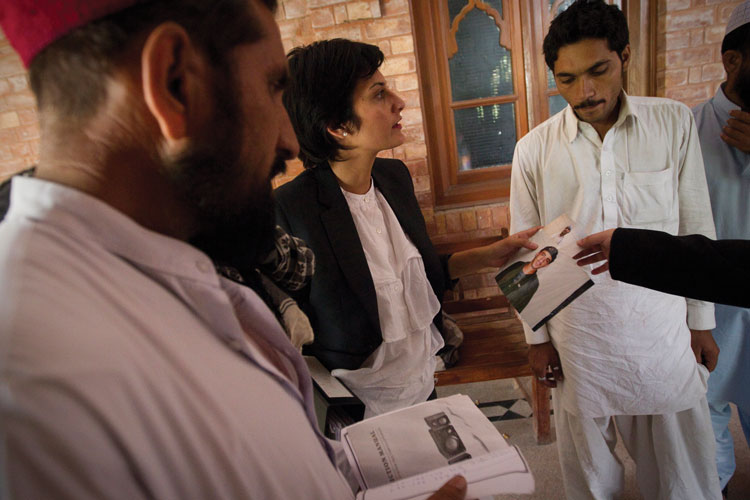 Belal holds a picture of Hamidullah Khan, who was 14 when the U.S. military detained him at Bagram prison in Afghanistan. His father, Wakeel Khan, and brother Naeem met with Belal after a high court session in Lahore, Pakistan. Finally released after five years, Khan told Al Jazeera, “Bagram was a hell for us, and we could not forget what happen[ed] to us there.” Photograph by Behrouz Mehri/AFP/Getty Images

Although Belal now considers human rights law her calling, it took a few years. After graduating from Smith College with a history degree in 2001, Belal returned home to Pakistan to work in her father’s businesses and realized she wanted to do something about the injustice in her country. “I wanted to do what I could ... and the only road I saw was law.”

By the time Belal entered law school at the University of Oxford, she had the specific aim to become a human rights lawyer. Her ambition crystallized one day during a lecture by Reprieve founder Clive Stafford Smith, who was touring law schools with a client freed from death row in the U.S South. “I remember ... a giant lecture hall and I was just crying,” she says. “It was the only time at Oxford where I felt like someone was speaking to the reasons why I went to law school.”

“I was raised by parents who never quit. It’s kind of in our DNA,” she says. “Not doing this work alone really matters. I’m surrounded by a team of people that really believe in this, and it’s a joy to go to work with people like that.”

Despite the challenges she faces in Pakistan, Belal says she is “absolutely” optimistic about its future. “Pakistan is this incredible place where as rigid as it seems, it has this incredible ability to transform, and that in and of itself gives me a lot of hope,” she says.