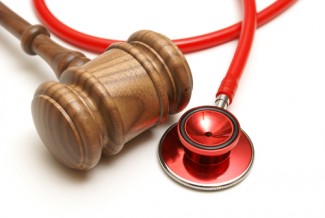 Two women learned from their children’s home DNA tests that fertility doctors fraudulently used their own sperm to impregnate them, according to lawsuits filed against the doctors Wednesday.

The doctors allegedly told the women that they would receive sperm from healthy, anonymous donors, according to the lawsuits (here and here) and a Sept. 16 press release. One of the plaintiffs says her daughter is a carrier for Tay Sachs disease because the doctor used his own sperm.

Plaintiff Katherine Richardson Richards of Livermore, California, sued fertility doctor Michael Kiken of Virginia in San Francisco federal court. He had been licensed to practice medicine in Virginia and California, but his California medical license was canceled, the suit says.

Kiken had represented in 1979 that the sperm donor would be Christian and would resemble Richards’ husband, who was Norwegian, Irish and English, the suit says. But the 23andMe DNA test showed that Richards’ daughter was half Ashkenazi Jewish and half Irish and French. After enlisting a genealogist, the daughter learned that the doctor was her father, according to the suit.

Milgram had told Willhelm that the anonymous sperm donor was a physician from the University of California at San Diego who had good health.

Willhelm’s son learned through 23andMe that Milgram was the biological father, the suit says.

During divorce proceedings, Willhelm’s husband refused to pay child support because he was not the biological father of her son. Willhelm learned then that Milgram had failed to get the signature establishing the husband’s paternity, as required by California law, the suit says.

The suit also says state medical board records show that Milgram was abusing narcotic drugs at the time of the artificial insemination in 1988.

“Defendant knew that he suffered from one or more mental health disorders and was a regular drug abuser,” the suit says. “Yet he used his sperm—possibly swimming in the drugs he was abusing—to impregnate plaintiff.”

The lawyer representing the plaintiffs in both cases is Adam Wolf of Peiffer Wolf Carr Kane & Conway in California. Wolf predicts that home DNA test kits will lead to hundreds of fertility fraud cases.

Kiken’s lawyer, John Simonson, told ABC7 News that he had “no comment,” and that he “doesn’t speak to reporters.” Milgram didn’t immediately return a call for comment by Stateline.