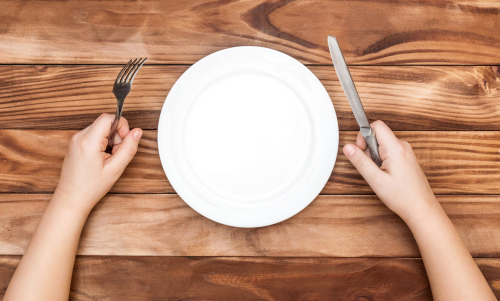 A federal appeals court has reinstated a disability lawsuit filed on behalf of a boy who was not allowed to eat his home-prepared, gluten-free meal at a restaurant in Colonial Williamsburg during a field trip.

The 4th U.S. Circuit Court of Appeals at Richmond, Virginia, ruled Friday in a 2-1 decision, that there were genuine issues of fact that prevented the suit from being tossed at the summary judgment stage.

The court ruled for the 11-year-old boy identified as “J.D.” in a suit alleging violations of the Americans with Disabilities Act, the Rehabilitation Act and Virginia disability law. Courthouse News Service, the Washington Post and the Richmond Times-Dispatch have coverage.

J.D. follows a strict gluten-free diet, according to his suit. Ingesting gluten leads to symptoms that include constipation, abdominal pain, foot pain and numbness, cognitive impairment, elevated liver enzymes and temporary loss of consciousness. He has been diagnosed with either celiac disease or nonceliac gluten sensitivity. Untreated celiac disease can lead to serious health problems, including intestinal cancer, short stature and nervous system disorders.

J.D. previously has been promised gluten-free meals at restaurants, but he was served meals that nonetheless included some gluten. Now, his parents generally avoid eating out and pack special meals for J.D. for school events.

When J.D. and his father arrived at the Shields Tavern restaurant in May 2017, they informed the waitress that she should not bring any food to them. They began making a gluten-free chicken sandwich. Another waitress told the father that they couldn’t bring in outside food, and the manager confirmed the policy. The head chef promised to make a gluten-free meal, but J.D. and his father instead decided to eat the prepared meal outside.

A federal district judge granted summary judgment to the Colonial Williamsburg Foundation, which owns and operates the restaurant, but the 4th Circuit reversed.

The court majority said the boy’s impairment could qualify as a disability that substantially limits a major life activity under the Americans with Disabilities Act. Whether his request to eat the home-prepared meal was a necessary and reasonable accommodation was a disputed issue of fact that should be considered at trial, the court said. And the restaurant’s proposed accommodation—preparing its own gluten-free meal for the boy—may not have been sufficient, the court said.

“A jury might well reject J.D.’s evidence about the severity of his gluten intolerance and thus find that the protocols at Shields Tavern were sufficient to account for his disability,” the appeals court said. “But in our view, J.D. has put forth enough evidence at this stage to raise a genuine dispute of material fact as to whether the proposed accommodation sufficiently accounts for his disability.”

Wilkinson said the majority had created an “almost per se rule” that forces restaurants throughout the 4th Circuit to give up control of the food they serve.

Allowing people to bring in their own food also would deprive the restaurant of revenue and could undercut its historical 18th-century theme, Wilkinson said.

Wilkinson said the food-safety issue that cannot “be taken for granted; contagions as diverse as Ebola and measles might suggest the need for sanitary vigilance even to the unwary.”

Although Shields Tavern might prevail at trial, Wilkins said, he suspects many restaurants “will forgo the litigation and simply fold the tent.”