Appeals judges ruling on a federal prisoner’s compassionate release request agreed that it should be denied but disagreed over sourcing in a dispute played out in a concurring opinion and a footnote.

Judges on the 6th U.S. Circuit Court of Appeals at Cincinnati differed over a reference to reporting on COVID-19 prison cases by the Marshall Project, a nonprofit that reports on criminal justice issues.

Law.com and Law360 have coverage of the squabble on the pages of this unpublished March 8 opinion.

One in five prisoners in the United States had tested positive for COVID-19 by the end of 2020, Moore said in the introduction to her lead opinion, citing the Marshall Project as the source. “We therefore consider with the utmost seriousness whether Kwame Amin Mathews” deserves compassionate release, she said.

In his concurring opinion, Readler said he agreed that Mathews had failed to satisfy the factors needed to make a case for compassionate release because of the risk of COVID-19 infection.

But Readler said Moore should not have cited Marshall Project data that was not part of the appeal. He referenced the project’s self-described mission to “create and sustain a sense of national urgency about the U.S. criminal justice system” and said its “agenda-backed reporting” should not be used to inform statutory interpretation.

“The lead opinion covers ground that is neither necessary to the outcome nor joined by another member of the panel, making it dicta and seemingly misplaced dicta at that,” Readler said.

Readler and a second judge in the case, Judge John Rogers, concurred in the decision to deny the compassionate relief request but did not join Moore’s opinion in full. But Rogers did not join Readler’s concurrence.

Moore shot back at Readler in the third footnote of her opinion.

“In what can only be described as dicta about dicta, Judge Readler diminishes COVID-19’s rampage in our federal prisons and assails the Marshall Project’s integrity,” Moore wrote. “We should not treat lightly the experience of persons who are incarcerated in prisons that are plagued with a deadly virus; nor should we demean those who advocate for imprisoned persons.”

Moore wrote that “providing context when context matters is not misplaced” and cited other Readler opinions as authority for that proposition. 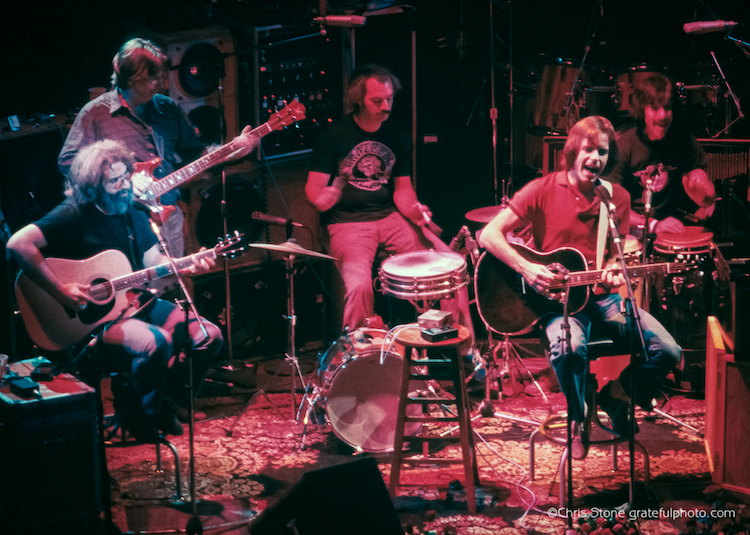 The Grateful Dead at the Warfield Theatre in San Francisco on Oct. 9, 1980. Photo by Chris Stone via Wikimedia Commons.

“Yes, this introduction cites two statistics that were not in the record of Mathews’ case. Luckily, the Marshall Project and the Associated Press’ reporting is of a higher pedigree than the extra-record sources that some embrace,” she wrote.

The Marshall Project and the AP “did not pull their numbers from an agenda-stuffed hat; our prisons supplied these publicly available data,” she wrote.

Moore said other judges have cited sources outside the record and pointed to Readler opinions. In one, a case alleging verbal abuse by a football coach, Readler quoted a blog post for the proposition that baseball may be considered “America’s pastime.”

In another, he paraphrased a Grateful Dead song.

“‘What a long, strange trip it’s been’ through the federal courts, Allstate must be thinking,” Readler wrote in a partial concurrence and dissent in an insurance dispute.