Homeless veterans bill would ensure legal services are available 'when they are needed most,' ABA says 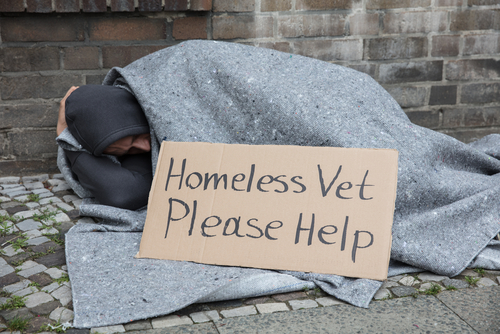 “In this way, the VA would be able to provide the national leadership and support necessary to better ensure that the right kinds of legal services are available where and when they are needed most,” he wrote.

It has been a long-standing priority of the ABA to address the legal needs of military personnel, veterans and their families through policies and programs. One example is the ABA Veterans Legal Services Initiative, which was launched by former ABA President Linda Klein during her 2016-2017 term. Another is ABA Home Front, which was established in 2011 to help military families access legal assistance.

Carlson said in the letter that Congress’ willingness to support programs that assist veterans has reduced the number of those experiencing homelessness in the past decade.

However, according to the Department of Veterans Affairs’ Project CHALENG, which stands for Community Homelessness Assessment, Local Education and Networking Groups, unresolved legal problems comprised half of veterans’ top 10 unmet needs for nine years in a row, according to Carlson’s letter.

“Several of these legal problems arise as a consequence of living on the street, but each unresolved legal issue can either lead to homelessness or prevent those already homeless from benefiting from VA programs or support,” Carlson said. “Nonetheless, the VA is neither permitted to provide legal help nor permitted to enter into community partnerships to have others help resolve these problems for homeless veterans.”

“These initiatives, and many others, illustrate what might be accomplished in meeting veterans’ needs when closer collaboration between the VA and the legal community is authorized,” Carlson said.

ABAJournal.com: “Veterans Day and the role of volunteer lawyers”

ABAJournal.com: “How lawyers can increase veterans’ access to legal services”