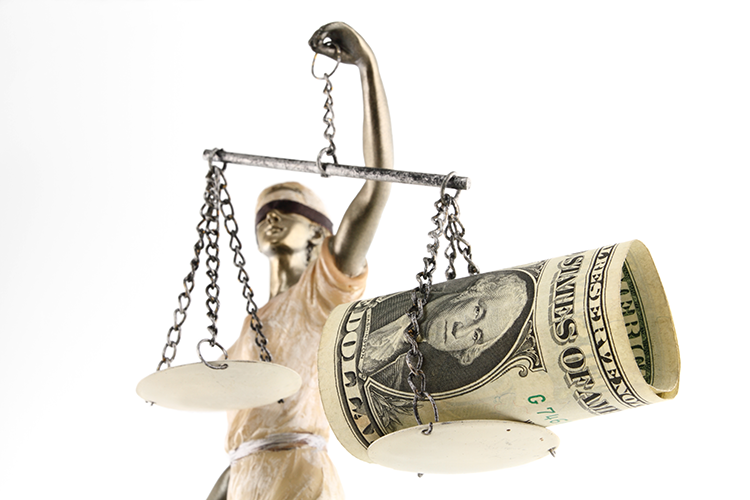 About 10 million Americans owe more than $50 billion in debt related to their involvement in the criminal justice system, according to a report released Wednesday by the ABA Working Group on Building Public Trust in the American Justice System.

The report, Privatization of Services in the Criminal Justice System, explores the impact on low-income people who are increasingly paying not only fees to courts, but also to private companies that contract with courts and government entities to provide services, such as drug and alcohol testing or electronic monitoring.

“We must take steps to eliminate these fees, ensure that all programs are equally accessible to those who need them and guarantee that nobody is trapped in the criminal justice system by virtue of inability to pay.”

The report tracks a typical individual’s movement through the criminal justice system, starting with the setting of bail and pre-trial release conditions and ending with the collection of fines and fees that accrued while he or she was in jail or prison. It provides several examples of individuals who have been affected by the privatization of services during that time.

One South Carolina resident was arrested and taken to jail after failing to use a turn signal. His mother posted the $2,100 bail the next day, but as a condition of his release, he was also required to wear an electronic monitoring device. The private company that provided the monitor charged him a set-up fee of $179.50, as well as $9.25 per day.

Nine months later, the man had paid more than $2,500 and was still waiting for his trial.

“I gave up…I was falling apart,’” the man said, according to the report. “‘It felt like being on a chain gang. Those bills were getting out of hand. I said, ‘They’re just going to have to lock me up.’”

An Arizona resident was charged with possessing $10 worth of marijuana. He was permitted to enroll in a private company’s diversion program, which required him to pay $715 for group classes, counseling and community service.

According to the report, the company charges extra fees for “drug testing, class rescheduling, payment plans, late payments, underpayments, and even overpayments.”

The report points out that government agencies also often contract with private companies to provide community supervision, such as probation or parole. These companies can charge a monthly monitoring fee, ranging from $30 to $60, and additional fees for periodic background checks, drug tests or courses.

And, the report adds, an individual’s failure to pay these costs can result in extended probation, more fines and fees or additional jail time.

One Georgia resident who pleaded guilty to shoplifting a $2 can of beer went to jail after failing to pay $1,000 in probation fees. Another Alabama resident was on probation for more than seven years and amassed more than $9,000 in debt after being convicted only of misdemeanor offenses.

The report contends that there are “constructive steps that can help end this cycle, avoid further entrenching poor people in poverty, and stop entangling people more and more intricately in the criminal justice system just because they are poor.” These steps include:

The report builds on the “Ten Guidelines on Court Fines and Fees,” which were adopted by the ABA House of Delegates in 2018. It urges the ABA to continue advocating for limitations on fees and fines and to also adopt additional specific policy on the privatization of services in the criminal justice system.