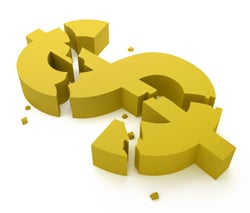 The American Civil Liberties Union of Alaska contends that the state’s governor violated the separation of powers when he used a line-item veto to cut the court budget to protest abortion-related rulings.

Dunleavy cut the judiciary’s budget by nearly $335,000 last month and said the amount equals the state’s spending on “elective abortions” under Medicaid. The Alaska Supreme Court had struck down a law restricting Medicaid funding for abortions in February, ruling that the law violated the state constitution’s equal protection clause by treating pregnant women differently based on their reproductive choice.

The ACLU suit claims that the budget cut violates the separation of powers under Alaska’s constitution and violates state constitutional limits on the governor’s veto power.

Alaska Attorney General Kevin Clarkson said in a conference call that the ACLU suit would involve the court in budget matters, which is itself a possible violation of separation of powers, according to Wall Street Journal coverage.

Clarkson said he didn’t expect the court to change its decisions based on the small budget cut. The state judiciary’s total budget request for this fiscal year was $7.1 million.