By Jeff Gammage and Angela Couloumbis, the Philadelphia Inquirer and ProPublica 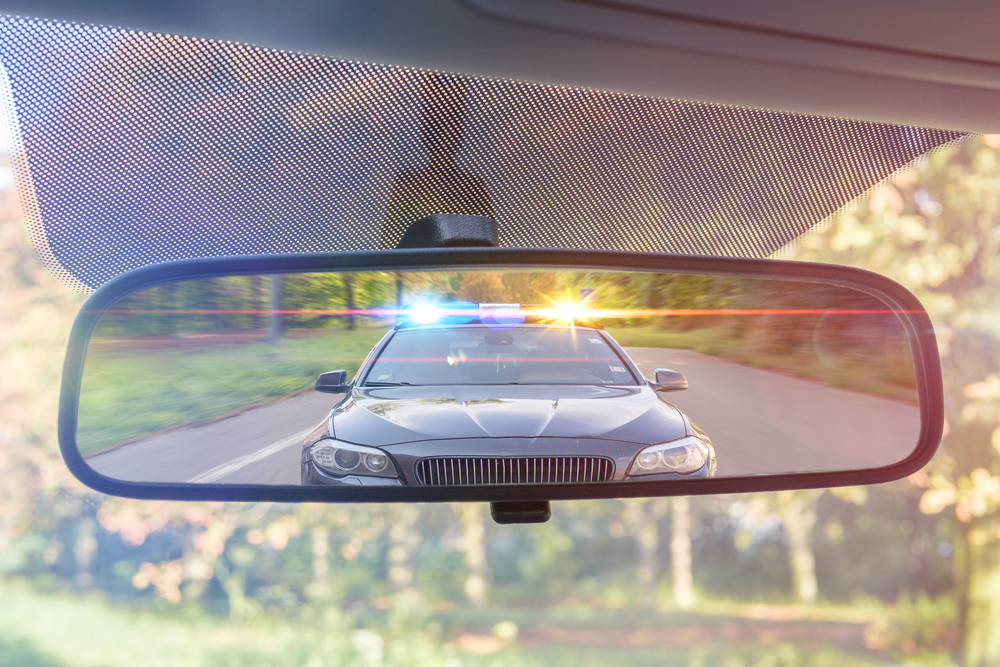 Pennsylvania State Police troopers have routinely violated the law by stopping and holding people based solely on their Latino appearance, terrifying drivers and passengers while usurping federal authority to investigate supposed immigration violations, the ACLU claims in a federal lawsuit filed recently.

The troopers’ conduct, the suit says, has sent a clear message to communities across Pennsylvania: The state police are in the immigration-enforcement business.

The 10 Latino plaintiffs—family members traveling to visit loved ones, farmworkers finishing their day, a victim of a car accident—are challenging what they contend is a pattern of police misconduct that follows a common script. Latino motorists, the suit says, were pulled over by troopers who immediately sought to ascertain the immigration status of the car’s occupants.

In some cases recounted in the ACLU filing, a trooper immediately asked if the driver was a U.S. citizen, even before requesting a driver’s license. Troopers have taken it upon themselves to act as enforcers of the complex system of federal civil immigration laws, according to the suit, filed in U.S. District Court for the Middle District of Pennsylvania.

The suit follows an investigative series in 2018 by the Inquirer and ProPublica that raised questions of racial profiling and unlawful arrest of immigrants by state troopers.

Trooper Brent Miller, director of the state police communications office, says the department had not yet received any court documents related to the lawsuit.

He points to an agency regulation established this year that sets out what troopers can and cannot do when they encounter undocumented migrants while on duty.

That policy “strikes the appropriate balance between a trooper’s role as a law-enforcement officer and public servant,” Miller says, and brings the department into compliance with federal and state laws and applicable court decisions. The agency has trained its members on the regulation and set up internal-reporting mechanisms, he says.

Until recently, the state police had no guidelines for how officers should handle encounters with undocumented immigrants.

Law-enforcement officials in Pennsylvania typically are not trained or deputized as federal immigration officers, unlike those in places like Georgia and Texas, where many sheriffs’ offices have formal partnerships with U.S. Immigration and Customs Enforcement.

The plaintiffs seek both damages and vindication of their constitutional right to be free from unlawful detention. Their hope, the suit says, is that the state police will improve training and supervision to prevent similar conduct in the future.

Named as defendants are the Commonwealth of Pennsylvania, the state police and six individual troopers, allegedly complicit in a pattern of wrongful stops that has gone on since at least early 2017, after President Donald Trump took office.

Vanessa Stine, the ACLU immigrants’ rights legal fellow, says the group analyzed 30 incidents involving state troopers that affected nearly 200 people. Some chose not to proceed with a lawsuit out of fear—“that asserting or exercising their rights might actually cause them more harm, after they already have been harmed,” she says.

At a news conference announcing the suit at the Capitol in Harrisburg, Rebecca Castro read a statement about how she was stopped in May 2018 by Trooper Luke Macke just outside the city. That supposedly routine traffic stop led to her and her two passengers, one her fiance, being held for three hours until ICE agents arrived and placed the passengers into deportation proceedings.

“I’m sorry,” she said, stopping short as her eyes filled with tears after reading a few sentences. “I can’t talk.”

Castro and her now-husband, Carlos Amaya-Castellanos, are among the plaintiffs who contend they were targeted because of their Latino appearance.

Castro described how, after she was stopped, Macke directed her to pull over to a side road, saying her car looked “suspicious.”

Instead, she said, Macke asked her two passengers to check if they had documents that showed their immigration status. Macke then called immigration authorities, she said.

What she wants from the lawsuit, she said, is to be able to drive like anyone else, without fear.

“Right now, I’m scared to go out driving just because of my skin color,” said Castro, a U.S. citizen born and raised in Idaho. “They think I’m from Mexico or another foreign country. And it’s harassment. … We’re not safe. And we’re supposed to feel safe with our troopers, our police officers.”

State police did not immediately respond to a request for comment from Macke.

The news organizations’ 2018 series and follow-up stories chronicled how:

•U.S.-born Latinos said they were pulled over and asked whether they were in the country legally.

•Two men sharing a smoke break in a parking lot were questioned about their immigration status by a trooper, who discovered they were undocumented and arrested them.

•A trooper stopped a U.S. citizen for a traffic violation, but then zeroed in on the passengers, who did not have documentation. The trooper held the group for hours until immigration officials showed up.

After publication of the series, that type of action was banned under state police regulations enacted this year, aimed at halting unlawful searches and detentions. Now, for example, if a car is stopped for a traffic violation, passengers are not to be questioned or asked for identification solely to verify whether they are in the United States legally. The policy says troopers may not detain or arrest foreign nationals simply for being in the country without official permission.

The extent to which local and state police should cooperate with ICE has become a combative issue nationally and in Pennsylvania.

Last month, the Sheller Center for Social Justice at Temple University and the Latino activist group Juntos released a study describing how some county and municipal governments in Pennsylvania actively assist federal immigration agents, often alerting those authorities to undocumented migrants in their custody.

At least 19 counties either had formal contracts with ICE to hold migrants; shared jail information; provided jail access to federal agents; supplied times that ICE could pick up a migrant; had the probation office work with ICE; or wished to pursue a stronger relationship with the agency, the study said.

Critics of those alliances say it turns local police into immigration agents, creating potential liability for local governments and damaging police-community relations. It creates uncertainty for immigrants about encounters with local and state authorities who might take it upon themselves to act as surrogates for ICE, they say.

Ten states now have laws that limit enforcement of federal immigration laws by cities and counties, and more than 400 counties around the country restrict their engagement with ICE. At the same time, nine states, mostly in the South and West, have passed laws requiring local agencies to help with immigration enforcement, according to a national survey.

In the year after Trump took office, state and local police officers across Pennsylvania swept carloads of Latino immigrants into ICE’s grasp. That helped the ICE Philadelphia field office, which covers Pennsylvania, Delaware and West Virginia, compile more “at-large” arrests of undocumented immigrants without criminal convictions than any of the nation’s 23 other field offices.

The new lawsuit cites five incidents of immigration enforcement that it says were neither instigated nor requested by ICE.

Named in two of those is Macke, who the Inquirer and ProPublica found had converted routine traffic stops into immigration arrests. In 2017, he turned over at least 19 undocumented migrants to federal deportation officers after interrogating them about their legal status and detaining them without warrants, the investigation found.

None of the migrants had criminal records. Macke encountered some of them not in cars on the roads he patrols, but randomly—as they had a smoke before a night shift outside a shipping company warehouse or bought a soda inside his own police barracks in Carlisle.

Other troopers committed similar violations, the suit alleges. “The law is clear: It is illegal for police officers, including PSP troopers, to unilaterally stop or detain a person simply because they suspect that a person may be subject to civil immigration enforcement.”