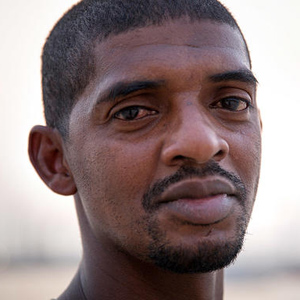 Suleiman Abdullah Salim, a fisherman from Tanzania, was held for more than five years in U.S. custody before being released without charges. He was given a document stating that he posed no threat to the United States, the ACLU reports. Photo provided by the ACLU.

Two former military psychologists who played a significant role in developing a U.S. interrogation program described by some opponents as tantamount to torture were never charged with any crime.

But in a lawsuit filed Tuesday in federal court in Washington state, the American Civil Liberties Union seeks to hold the pair civilly responsible for what the civil rights organization describes in its complaint as a “war crime” and a “joint criminal enterprise” in which the CIA also allegedly colluded, reports the Guardian.

The suit against James Mitchell and Bruce Jessen was filed on behalf of two men and the estate of a third man. The two surviving men, Suleiman Abdullah Salim and Mohamed Ahmed Ben Soud, now live in Washington state. The third man, Gul Rahman, froze to death in Afghanistan. The three were allegedly tortured at secret “black site” prisons outside the U.S.

The two psychologists, an ACLU press release says, “designed the torture methods and performed illegal human experimentation on CIA prisoners to test and refine the program. They personally took part in torture sessions and oversaw the program’s implementation for the CIA.”

A Senate committee report released in December helped provide impetus for the suit, according to ACLU attorney Steven Watts. It said the CIA paid the psychologists’ company, Mitchell Jessen & Associates, over $80 million to help run a CIA interrogation program.

“This lawsuit is different from past ones because public government documents now provide exhaustive details on the CIA torture program, and they identify the people who were tortured and how it happened,” Watts told the Guardian. “The government has long abused the ‘state secrets’ privilege to prevent accountability for torture but at this stage, any claim that the torture of our clients is a state secret would be absurd.”

CNN also has a story and an ACLU website provides additional details about what allegedly happened.

ABAJournal.com: “Should those who OK’d ‘brutal interrogation techniques in violation of US law’ be prosecuted?”