Administrative law judge is accused of insubordination and suspended for footnotes

A Florida administrative law judge was suspended by his agency for five days because of footnotes.

Administrative Law Judge John Van Laningham was suspended for alleged “insubordination and misconduct,” the News Service of Florida reports. He is a judge with the Florida Division of Administrative Hearings.

The footnotes concerned John MacIver, the chief judge and division director, and his habit of reviewing judges’ opinions before they are issued. MacIver was appointed to his position in October 2019.

According to the News Service of Florida, Van Laningham “is renowned for lengthy, sharply written orders in which he sometimes harshly rebukes state agency officials.” He plans to appeal the suspension.

Van Laningham’s decision involved a claim that Florida wagering authorities had renewed slot machine licenses for a horse racing track, even though it no longer had the kind of “live gaming facility” required for such licenses.

In footnote No. 10, Van Laningham said MacIver has been making comments and suggesting edits in judges’ opinions. 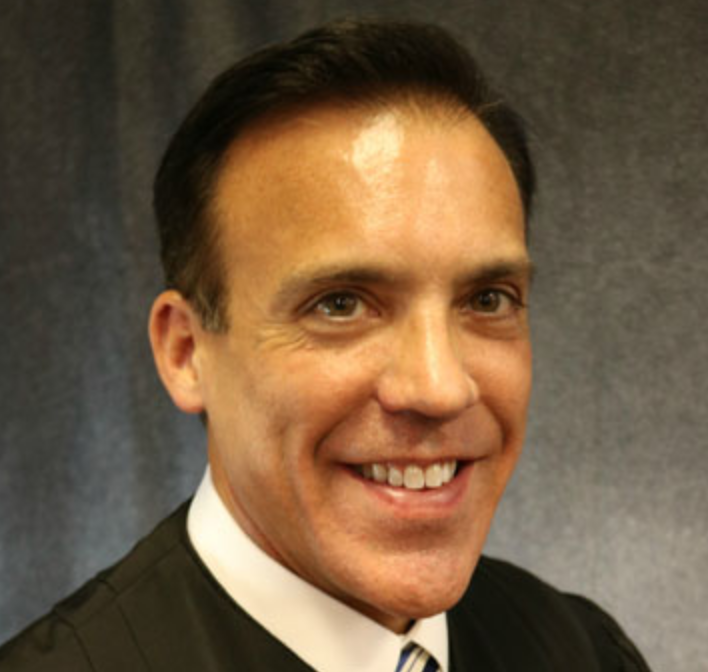 The footnote questioned whether MacIver’s comments might be ex parte communications that are banned by Florida law.

Van Laningham listed MacIver’s comments in footnote Nos. 10 and 11. In one comment, MacIver said, “This is the crux of your most defensible finding.” Another comment said, “Finding the agency’s future intent as a matter of fact is troubling.”

Van Laningham’s footnote No. 10 said he was “erring on the side of caution and disclosure” by placing MacIver’s comments on the record. Any party wishing to rebut the communication may do so under Florida law, Laningham said.

Nelson said Van Laningham was wrong to suggest that MacIver’s comments were ex parte communications because the ban on such communications applies to parties in litigation and not to a more senior judge.

Nelson also said Van Laningham should have raised his concerns with his supervisor or chief judge if he thought the review process is improper.

Bean argued that Van Laningham’s only intent was to disclose the communications, and he did nothing wrong.

“Transparency and independence are critical in our legal decision-making process,” Bean said in a comment emailed to the ABA Journal.

“If a judge, statutory or constitutional, is receiving unsolicited substantive comments, the litigants deserve to know that and have an opportunity to respond to the ex parte communication,” Bean said.

“Judge Van Laningham was neither insubordinate nor committed any misconduct; rather, he refused to maintain the conspiracy of silence promoted by the director. The director is permitted to assign himself to a case and exercise his own independent authority as an administrative law judge, but attempting to shield his substantive participation, and then punishing another when it is properly disclosed, is wrong.”

Updated at 2:05 p.m. to report that MacIver issued the suspension notice March 27.

Next:
SCOTUS blocks deadline extension for absentee ballots in Wisconsin