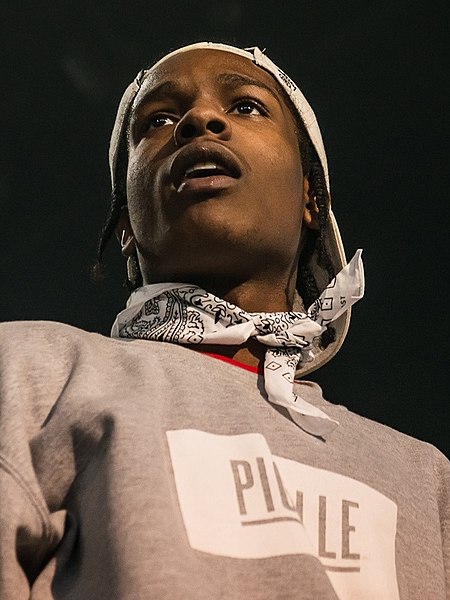 A$AP Rocky at the Come Up Show’s 2013 Under the Influence Tour in Toronto. Photo from Wikimedia Commons.

• On Monday, U.S. Attorney General William Barr blasted progressive prosecutors and “prancing punks” who recently pelted police with water. District attorneys who style themselves as social justice reformers “spend their time undercutting the police, letting criminals off the hook, and refusing to enforce the law,” Barr said in his speech to the Fraternal Order of Police. (The Hill, the Associated Press, prepared remarks)

• Rapper A$AP Rocky and his two bodyguards were found guilty of assault Wednesday for a street fight in Sweden, but they won’t go to prison unless they commit a similar offense in the country. The Swedish court said the American rapper and his associates couldn’t rely on a self-defense argument because there was not a current or imminent criminal attack at the time of the assault. The case had attracted the attention of President Donald Trump, who called the Swedish prime minister and offered to guarantee A$AP Rocky’s bail. (The Associated Press, the Washington Post)

• Pet pig owners across the nation are asking municipalities to rewrite zoning laws that ban livestock without making an exception for their mini pets. Towns that recently considered the issue have split in their decisions. (The Washington Post)

• A Utah inmate convicted in the 1984 murders of his sister-in-law and niece is closer to death by firing squad after a federal appeals court rejected his appeal. Ronald Lafferty, 78, chose death by firing squad under an old law. His choice is grandfathered under Utah’s current law, which allows firing squad executions only if courts determine that lethal injection drugs aren’t available. (The Salt Lake Tribune, Deseret News, Aug. 12 opinion, How Appealing)

• On Tuesday, a federal judge in Montana barred the Trump administration from acting on the advice of an energy advisory panel known as the Royalty Policy Committee. U.S. District Judge Donald Molloy said the panel creation did not meet the requirements of the Federal Advisory Committee Act. The panel included representatives from energy companies but not from environmental groups. (The Associated Press, Law360)