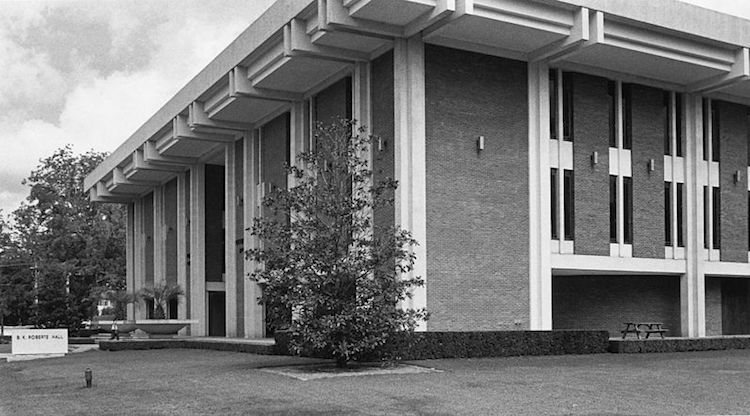 Thanks to pending legislation, Florida State University College of Law may soon rename B.K. Roberts Hall, which recognizes a former state supreme court chief justice who supported school segregation. A state Senate panel approved the proposal Tuesday, which gives university boards of trustees and presidents the authority to name or rename a state college, the Tallahassee Democrat reports. Virgil Hawkins, who was black, applied to the University of Florida’s law school in 1949, and Justice B.K. Roberts used his position to stop the man’s admission, according to the article. Hawkins’ story can be found on the University of Florida law school’s website. B.K. Roberts Hall was named in 1973, and an FSU panel has recommended removing the chief justice’s name. There’s an online petition asking that B.K. Roberts Hall be renamed. (The Tallahassee Democrat, UF Law, online petition)

House prosecutors in the impeachment trial of President Donald Trump say White House counsel Pat Cipollone is a material witness with knowledge of the events at issue. Cipollone is on the impeachment team defending Trump; the prosecutors say ethics rules generally bar lawyers from representing a client at a trial in which he or she is also a witness. The House prosecutors said in a letter Tuesday that Cipollone should, at a minimum, disclose all facts and information for which he has firsthand knowledge to allow for consideration of potential ethics issues and conflicts. (Law.com, Fox News, the Democrats’ letter)

President Donald Trump’s assertion that he can’t be impeached for alleged abuse of power was contradicted by U.S. Attorney General William Barr in a memo that he wrote while still in private practice. Barr sent the unsolicited memo to the Department of Justice to argue that Trump’s firing of former FBI Director James Comey did not constitute the criminal offense of obstruction of justice. Absent criminal penalties, Barr argued, the president is still accountable because he could be impeached for abuses of discretion. (The New York Times, Barr’s memo)

Previous:
May federal judges be members of the ABA or the Federalist Society? Draft ethics opinion says yes and no