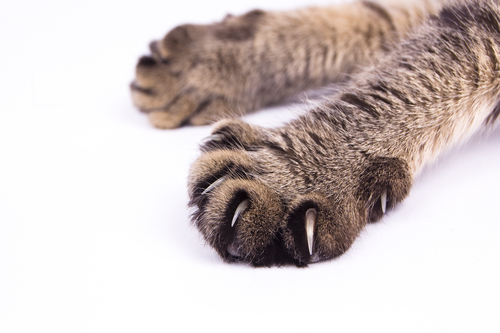 • The U.S. Department of Justice has informed former special counsel Robert Mueller that he is expected to confine his congressional testimony Wednesday to the boundaries of his public report on Russian interference in the 2016 presidential election. The DOJ warned that Mueller shouldn’t discuss the conduct of uncharged third parties, which would include President Donald Trump. (The New York Times, DOJ letter)

• Tech companies will face a sweeping antitrust investigation, the Department of Justice announced Tuesday afternoon. The investigation will examine whether the companies and their online platforms have “reduced competition, stifled innovation, or otherwise harmed consumers.” (The Associated Press, DOJ letter)

• A suburban Chicago lawyer has pleaded guilty to criminal trespass for parachuting off a courthouse being built in Joliet, Illinois. Adam Wirtz landed in the police department parking lot during the early-morning leap in February. Judge Cory Lund said when he read about the incident, “I thought to myself that has to be the stupidest person I’ve ever met.” Wirtz was fined $600 and ordered to perform 100 hours of community service. (The Daily Southtown)

• A Denver lawyer has been publicly censured for shoving a 5-year-old girl with autism who tried to jump on his lap at the courthouse in February 2018. The censure says Herbert Jeffrey Marcus shoved the child “with sufficient force that she flew off her feet and landed on her bottom.” He then called the girl a “little bitch” and chastised her mother using foul language, the censure says. The child did not suffer any physical or emotional injuries. (CBS Denver, public reprimand)

• New York has become the first state to ban cat declawing. The law signed by Gov. Andrew Cuomo on Monday makes some exceptions for medical issues. Violations can result in a civil fine of up to $1,000. (Courthouse News Service, the New York Times)

• A former Ohio judge says she was injured when she was dragged from a courtroom Monday in the commotion following her six-month jail sentence. News reports said the former Hamilton County judge, Tracie Hunter, appeared to go limp before a deputy dragged her from the courtroom amid loud protests from supporters. She had been convicted for giving her brother confidential documents in a bid to prevent his firing from a court job. A supporter said Hunter has rods in her back from an auto incident, and she was complaining about a sore back and neck. (The Cincinnati Enquirer, Cincinnati Public Radio)

• California Attorney General Xavier Becerra is backing a new law that could result in reduced prison terms or freedom for thousands of inmates convicted of felony murder. Becerra told a California appeals court that the law isn’t contrary to core provisions of two voter-approved measures passed in 1978 and 1998. Under the state’s old felony murder rule, accomplices to murder could be charged with the crime even when they didn’t kill and had no intent to kill. The new law generally bars a murder prosecution unless the accomplice participated in the killing, aided and abetted it, or was a major participant and acted with reckless indifference. (The San Diego Union-Tribune)

• The quality of lawyers apparently makes a difference, at least in the U.S. Supreme Court, a new study has found. Hiring an experienced Supreme Court litigator, rather than a novice, increased the likelihood of winning a case by 14 percentage points in cases involving the federal government. The study authors are Lee Epstein, a law professor at Washington University at St. Louis, and Michael Nelson, a political scientist at Pennsylvania State University. (The New York Times via How Appealing)